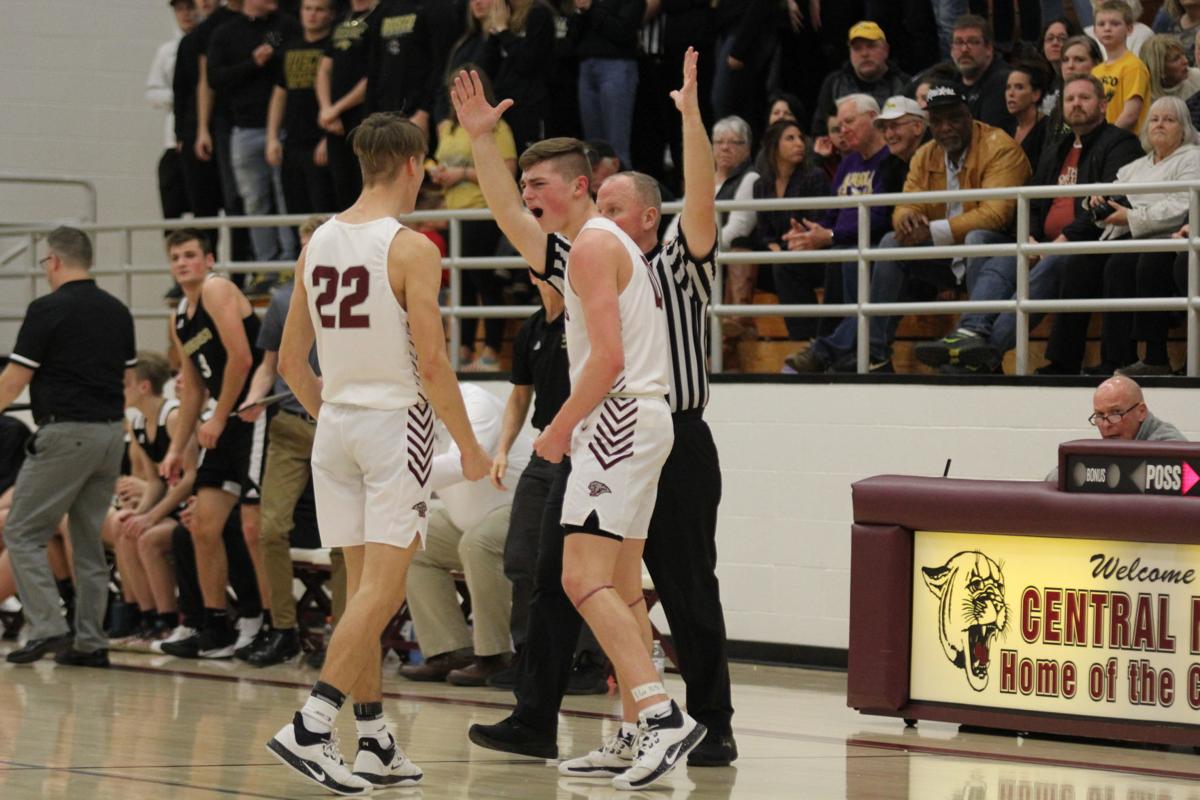 Central Noble’s Connor Essegian, right, and Sawyer Yoder celebrate a three made by Essegian during the first half of Friday’s game against Churubusco in Albion. 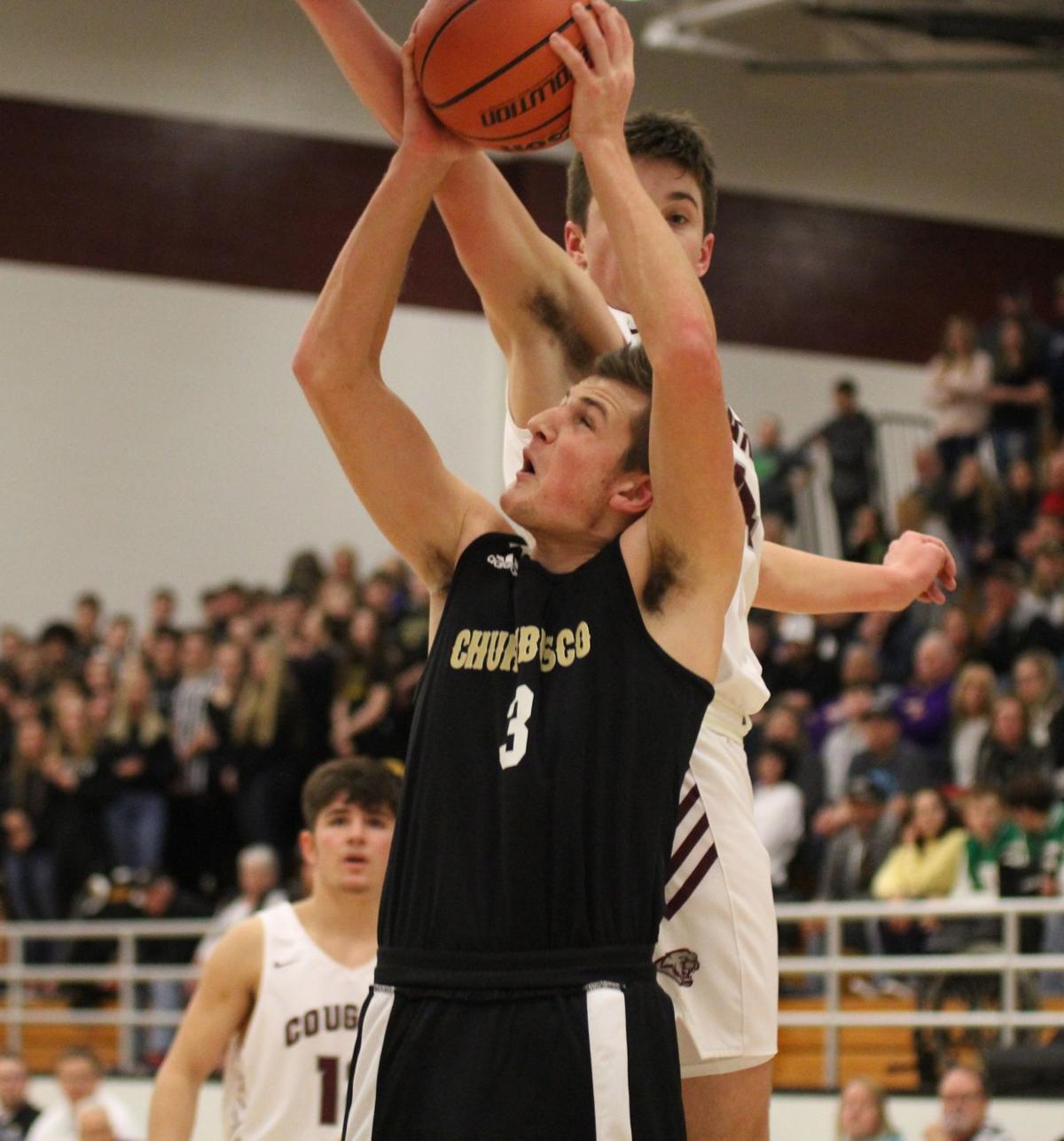 Churubusco’s Hunter Perlich has his shot blocked during the first half of Friday’s game against Central Noble in Albion.

Central Noble’s Connor Essegian, right, and Sawyer Yoder celebrate a three made by Essegian during the first half of Friday’s game against Churubusco in Albion.

Churubusco’s Hunter Perlich has his shot blocked during the first half of Friday’s game against Central Noble in Albion.

ALBION — This is what a rivalry is supposed to feel like.

The Central Noble boys took down Churubusco 63-57 in front of a passionate, sometimes too passionate, crowd on Friday night to advance to tonight’s NECC Tournament championship game against Prairie Heights in Garrett at approximately 7:30 p.m.

“It was a fun atmosphere. We knew it was going to be that way,” Central Noble coach John Bodey said.

The Cougars were led by Connor Essgian’s 33 points and 17 rebounds, and got 13 points from Sawyer Yoder. Also, nine key points from Ryan Schroeder and six important points from Logan Gard, who was tasked with guarding 6-foot-8 Landon Jordan.

Jackson Paul finished with 22 points, and Jordan ended up with 19 points after not scoring for the first 12 minutes of the game. He also added 22 rebounds. Hunter Perlich dropped in 11 points.

Central Noble jumped out to a 14-5 lead by the end of the first quarter and made it difficult for Churubusco to get any penetration in the lane and anything moving towards the basket.

“I thought the first half they didn’t get a whole lot in the lane,” Bodey said. “In the second half, Jackson Paul got to the lane a little more and he made some things happen.”

The Eagles were finally able to crack through in the second quarter, and Jordan used his size to grab multiple putbacks to help cut the lead back to single digits.

Central Noble was able to grow its lead back to 11 just before the end of the third after a dunk by Gard to make it 45-34.

After a three by Tim Knepple and another putback from Jordan, the lead was down to just two, 46-44, with 5:55 left in the game.

The Cougars pushed the lead back up to six points after Essegian was fouled on a three-point attempt and a technical foul was called on the Eagles. Essegian made four of the five free shots.

After the technical, the crowd only got louder and a couple of Churubusco fans were escorted out of the gymnasium.

The crazy nature of the game fueled the Eagles to get back into the game.

Yoder fouled out of the game with 4:39 left and the Cougars struggled to make shots and more difficult to run their offense.

“Without Lucas (Deck, who is out for the season), we’re down to our main ball handlers Myles (Smith) and Sawyer,” Bodey said. “We’re going against that half-court trap, the full-court pressure the last four minutes and we didn’t have our best athlete on the court and one of our best ball handlers out there.”

But that didn’t matter as the Cougars only made one field goal in the fourth quarter but were 16-of-20, 23-for-31 for the game, from the free-throw line in the final period to help seal the win. On the other side, the Eagles struggled from the get-go at the charity stripe and finished 12-for-25.