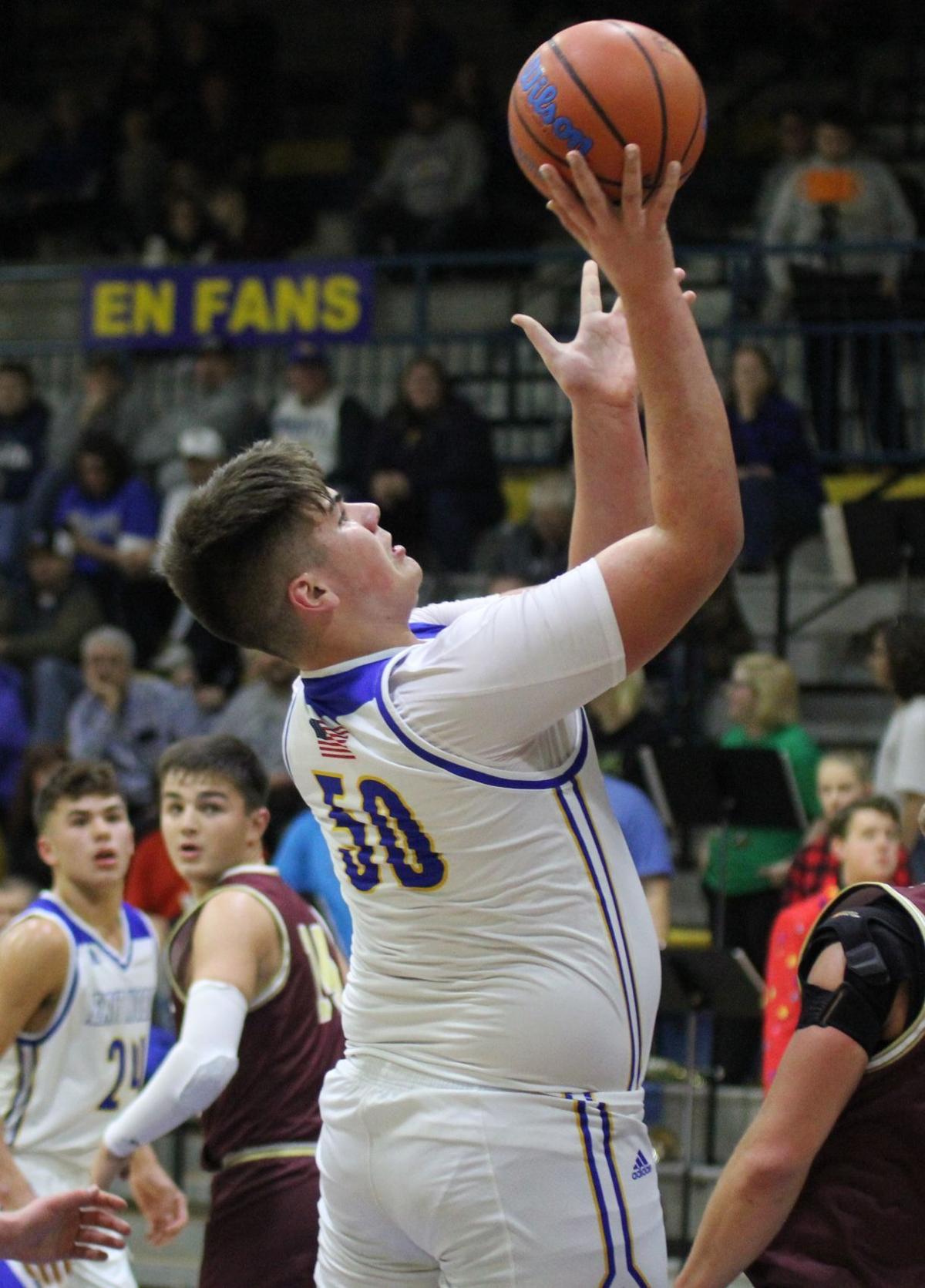 East Noble’s Chris Hood goes up for a layup during the first half against Columbia City last season in Kendallville. 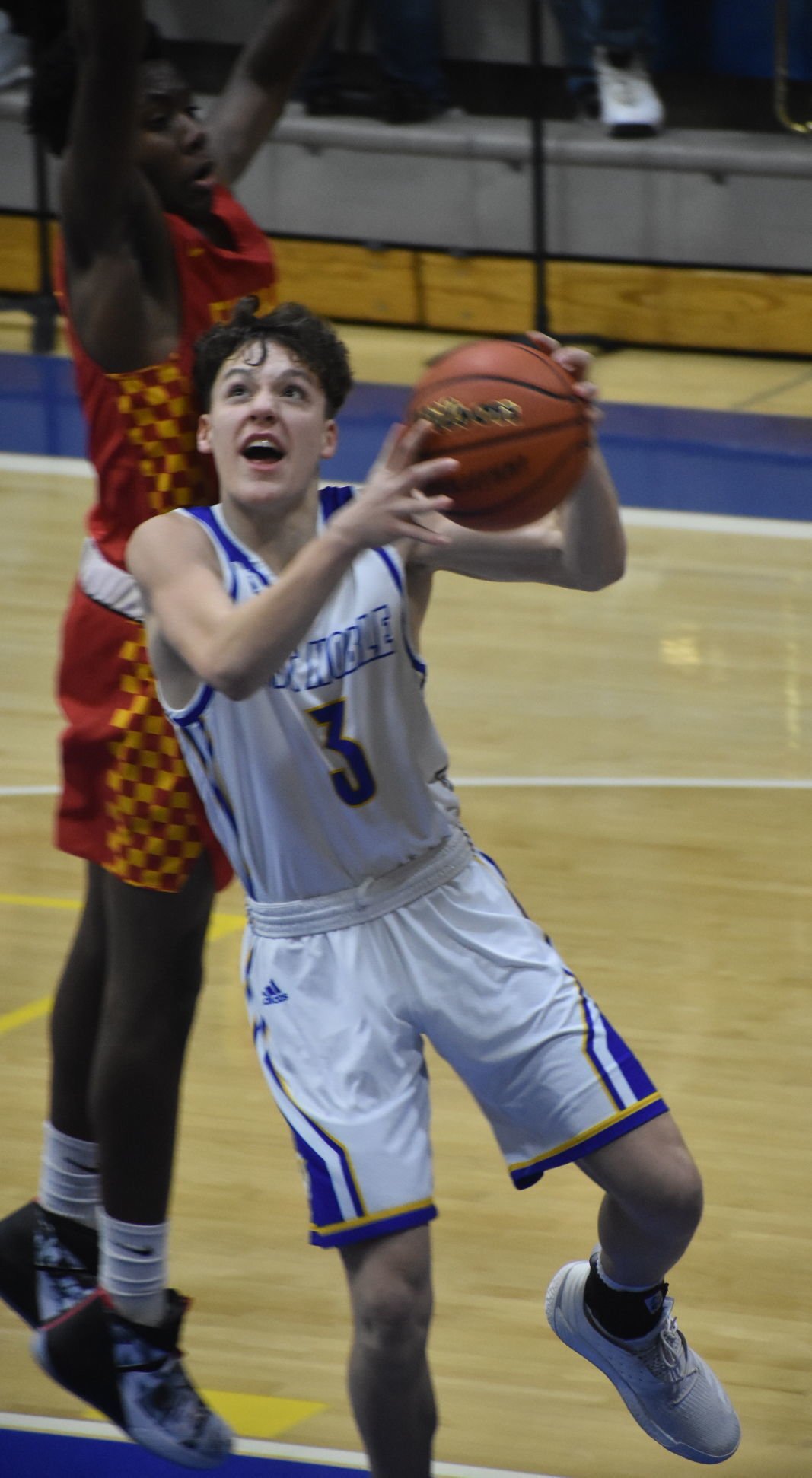 East Noble’s Spencer Denton returns for his junior year after missing the 2019-20 season.

East Noble’s Chris Hood goes up for a layup during the first half against Columbia City last season in Kendallville.

East Noble’s Spencer Denton returns for his junior year after missing the 2019-20 season.

KENDALLVILLE — East Noble graduated six seniors from last season’s team, but what returns for the 2020-21 season makes up a team that will be very tall and long.

“If you look at us on paper, we’re really big. Our frontline guys are not only big, but they are strong and physical,” East Noble head coach Ryan Eakins said.

The most experienced player from last year’s team is 6-foot-10 junior Chris Hood.

“He’s our only guy returning that played more than 100 minutes last year,” Eakins said. “I feel like in the last year he has tremendously progressed in a lot of areas. He’s taller, in much better shape, his feet are quicker and I thought he always had a really good ability to play without using his hands illegally.”

Hood average 8.2 points and 7.3 rebounds per game last year, but Eakins expects him to be the first or second option on offense this season.

Sophomore Max Bender and junior Rowan Zolman both dealt with injuries last season and played 10 games or less. The duo is expected to contribute in multiple ways for the 2020-21 season.

“Max has great energy and effort. He’s a guy that it’s hard to replace him just because of how hard he plays,” Eakins said. “He’s gotten stronger. He played pretty physical as a freshman, but he’s going to be a tough defender for us. He rebounds well on both ends. He’s going to do whatever we need him to do.”

“Last year was (Zolman’s) first look at organized basketball at a higher level. He proved that he could be one of the better on-ball defenders in the area,” Eakins said.

Rebounding should a strength of the Knights this season with Hood, Bender and Zolman in the frontcourt. As team, East Noble pulled down an average of 26 rebounds per contest last season.

On the flip side, Eakins worries about ball handling, and the amount of players who can do that this season.

Junior Spencer Denton, who is 6-foot-3, will take away some of that worry as he will be the point guard this season, which will be different from where he’s played in the past. Denton missed the 2019-20 season because of a knee injury but has made a full recovery and will be available this season.

“Spencer has progressed really well. I was pleasantly surprised with how well he played this summer, both in our workouts and when I saw him play AAU,” Eakins said. “His knee is a non-issue right now. He’s playing really well. He has his athleticism back and put a little bit of weight on.”

Denton played all 25 games and averaged 10 minutes his freshman season. He scored 2.8 points and 1.8 rebounds per game.

Braeden Ball will be the lone senior on this year’s team. He played mostly at the junior varsity level last year, but Eakins thinks he’s one of the most improved players he’s seen in a one-year period. Eakins called him a “glue guy.”

Junior Keegan Foster is expected to help the Knights from the perimeter. Sophomore Hunter Kline, who has grown three inches in the offseason and is now 6-foot, 6-inches tall, will help relieve Hood or Zolman. Avery Kline, a 6-foot-3 junior, is very coachable according to Eakins and will another viable option off the bench.

Eakins said freshman Owen VanGessel played really well on the AAU circuit and could make an impact for the Knights as the season progresses.

The Knights open the season with four home games, including a contest against West Noble on Wednesday, Nov. 24.