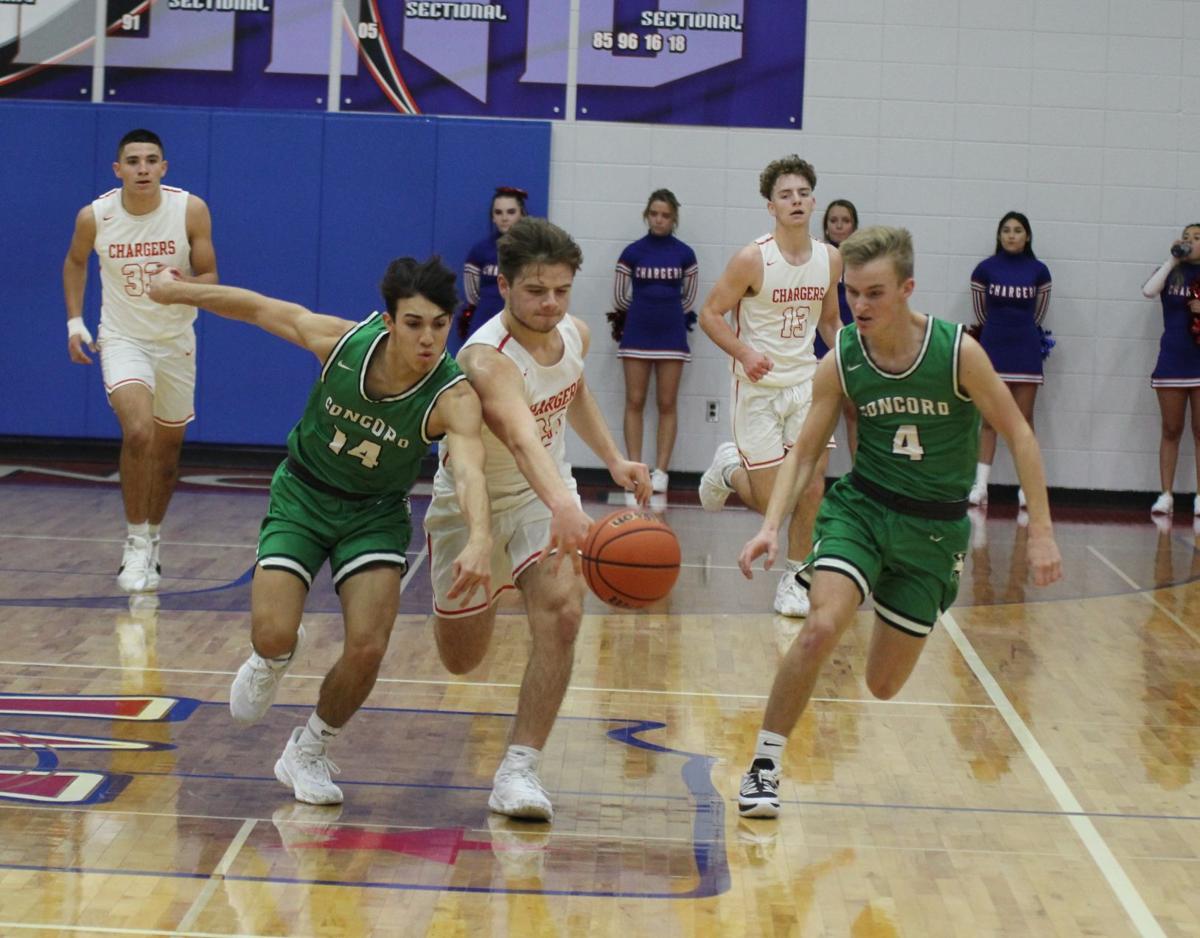 West Noble’s Joshua Rosales, center, and Concord’s Andres Dixon, left, and Jack D’Arcy battle for possession of the ball during the first half of Wednesday’s game in Ligonier. 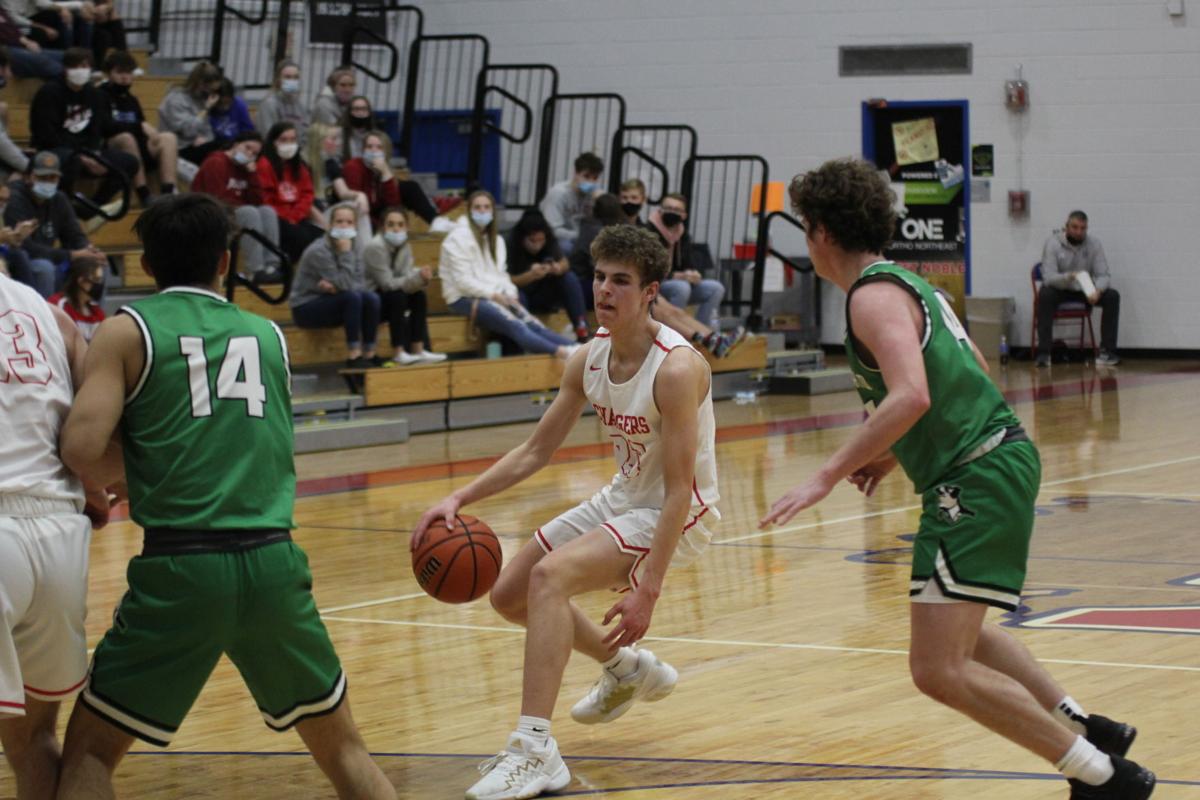 West Noble's Austin Cripe, center, looks for a driving lane during the first half against Concord Wednesday night in Ligonier.

West Noble’s Joshua Rosales, center, and Concord’s Andres Dixon, left, and Jack D’Arcy battle for possession of the ball during the first half of Wednesday’s game in Ligonier.

West Noble's Austin Cripe, center, looks for a driving lane during the first half against Concord Wednesday night in Ligonier.

LIGONIER — West Noble jumped out to an early lead over Concord and never let the Minutemen get within six points the rest of the way in a 53-34 victory on Wednesday night.

The Chargers (2-1) started the game with an 8-1 run, fueled by baskets from Austin Cripe, Brockton Miller and Ayden Zavala. Cripe scored back-to-back times on an assists from Miller.

“That was huge,” West Noble coach Ethan Marsh said. “Senior Brockton Miller stepped up huge. He had a great run there, and obviously Austin Cripe. Those are two pretty tough guards. They lead the right way and they’re pretty smart basketball players too.”

The run Marsh mentioned came in the third quarter when Miller scored eight in a row, including taking a steal coast to coast and-one on a drive with less than three minutes left in the period. He finished the three-point play then added another score to make it 34-18 and put the game out of arm’s reach for Concord.

Miller’s run was part of a larger third quarter by West Noble. The Chargers outscored the Minutemen 22-6 in the period to take a 21-13 halftime lead and turn it into a 43-19 margin going into the fourth quarter.

“That first half we told that if they made lay-ups and free throws, it could have been more like that in the first half,” Marsh said. “Things were clicking, the ball was moving but honestly the way these guys guarded, especially in the paint against their big guys. That’s a big team. The way they defended the basket area was the most important thing to us and what we harped on the most.”

West Noble limited the Concord’s ability to get to the rim all night with it’s post players, and it was a team effort.

“We talked about defending that area, defending the post, we stressed that it’s not just that matchup. It’s not just the five who ever is guarding their five. It is knocking down flasher when they’re trying to go high to low, putting ball pressure on the wing, ball pressure on the high post, on the passer. We all contribute to defending the post,” Marsh said. “In all of those areas, I thought yes, our bigs did a pretty good job battling, but everyone else did a pretty good job of holding up their end of it too.”

Cripe scored six of his game-high 17 points in the third quarter, including his own three-point play a minute after Miller finished his. Miller ended up with 16 points.

A shot by Zavala pushed the lead to 20 points with 1:15 left in the third, and the Minutemen would get as close as 18 points the rest of the way.

Marsh has been excited about this team going back to the preseason, because he knew it was a young roster with a senior leader in Miller who will help the underclassmen grow.

“I’m excited. They’re excited, “Marsh said. “It’s a young group with a really good senior guard to help lead the way. I mean really good, and I’m talking off the court, just the way he goes about his business helps these young guys so much.”