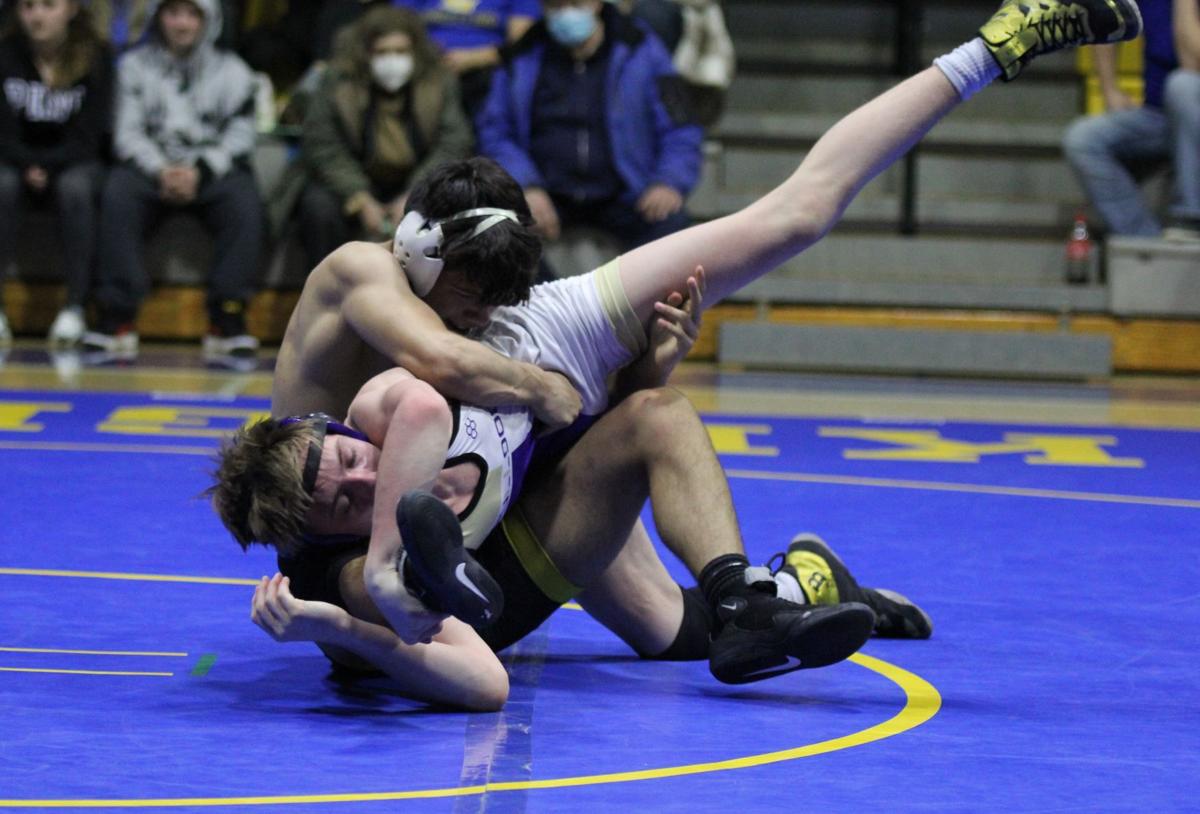 East Noble’s Adolfo Herrera, behind, pulls in New Haven’s Aidan Carter during their 152-pound match on Thursday in Kendallville. 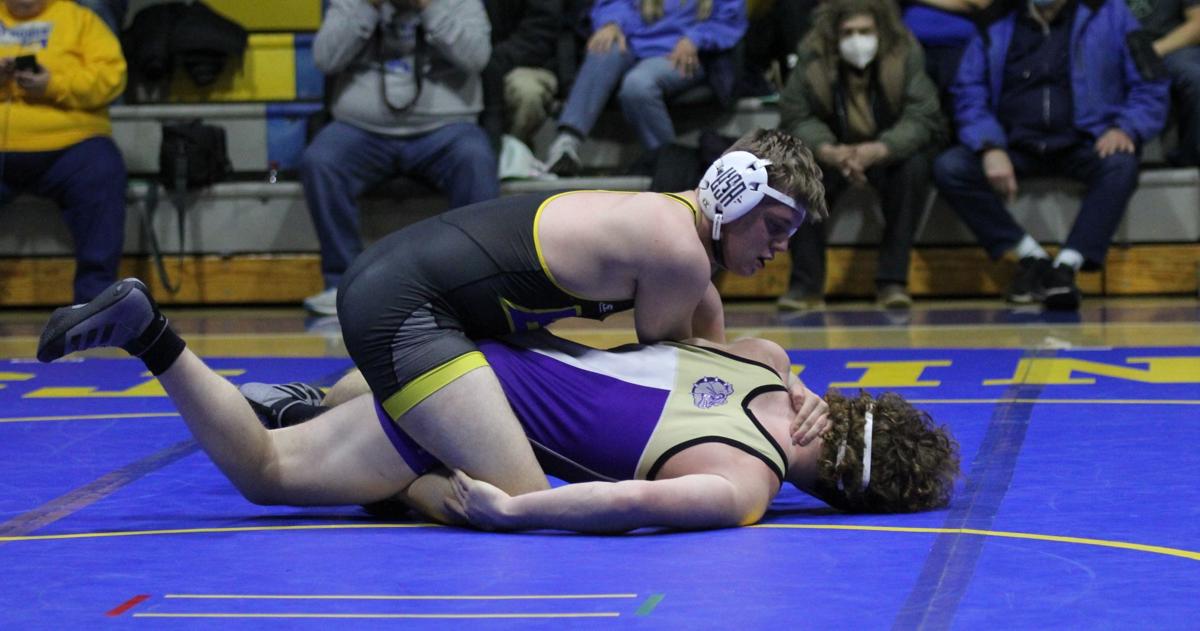 East Noble’s Adolfo Herrera, behind, pulls in New Haven’s Aidan Carter during their 152-pound match on Thursday in Kendallville.

KENDALLVILLE — It came down to the last match between East Noble and New Haven in Thursday night’s Northeast 8 Conference dual.

The Knights trailed the Bulldogs 32-31 when 152-pounder Adolfo Herrera and Aidan Carter stepped onto the mat.

“They way he got it was really exciting,” East Noble coach Sam Riesen said. “It’s awesome for a kid like Adolfo. He’s a senior this year and maybe everything hasn’t went the way you’re hoping. He’s had to fight ever since he was a freshman. For him to have that moment and get that big win was really good for him.”

Riesen knew the lower weight classes were going to be a challenge, and New Haven was able to take a 26-16 lead after the the Bulldogs’ Easton Doster won by fall over the Knights’ Ayman Ahmed at 120 pounds.

East Noble’s Aidan Sprague (126 pounds) flipped the momentum with a first-round pin, then Ben Barker (132) followed with a pin of his own in the second period to give the Knights back the lead at 28-26.

At 138 pounds, Cody Biddle earned a hard-fought 9-5 decision to increase the lead to 31-26, but New Haven’s Elijah Miller went back and forth with Jalen Belhumuer and eventually earned a pin with 36 seconds left in the match.

“We told them it wasn’t our effort. It was our execution. We were a little sloppy tonight,” Riesen said. “If we clean that up, we’ve got a top-notch team.”

East Noble started the match with an early lead as Dylan Krehl won by 9-1 decision at 160 pounds, and Connor Leins won by pin in the first period at 170 pounds.

Riesen wants his team to get back to basics before the postseason gets underway next Saturday at the Northeast 8 Conference meet at Columbia City.

“We just need to keep working the basics in a lot of ways. I find that what wrestling is, is trying to figure out how to make those basics bearable for the kids,” Riesen said. “We have had a tendency to be flashy at times this year. I think that’s been a hinderance to us. If we can find that nice balance where we’re showing the moves we got with some of our solid technique, hopefully we can put together a real nice run in the postseason.”

In Brushy Prairie, the Panthers picked up a win over the Eagles on senior night.

In Angola, the Hornets sent their seniors out with a conference win over the Blazers.