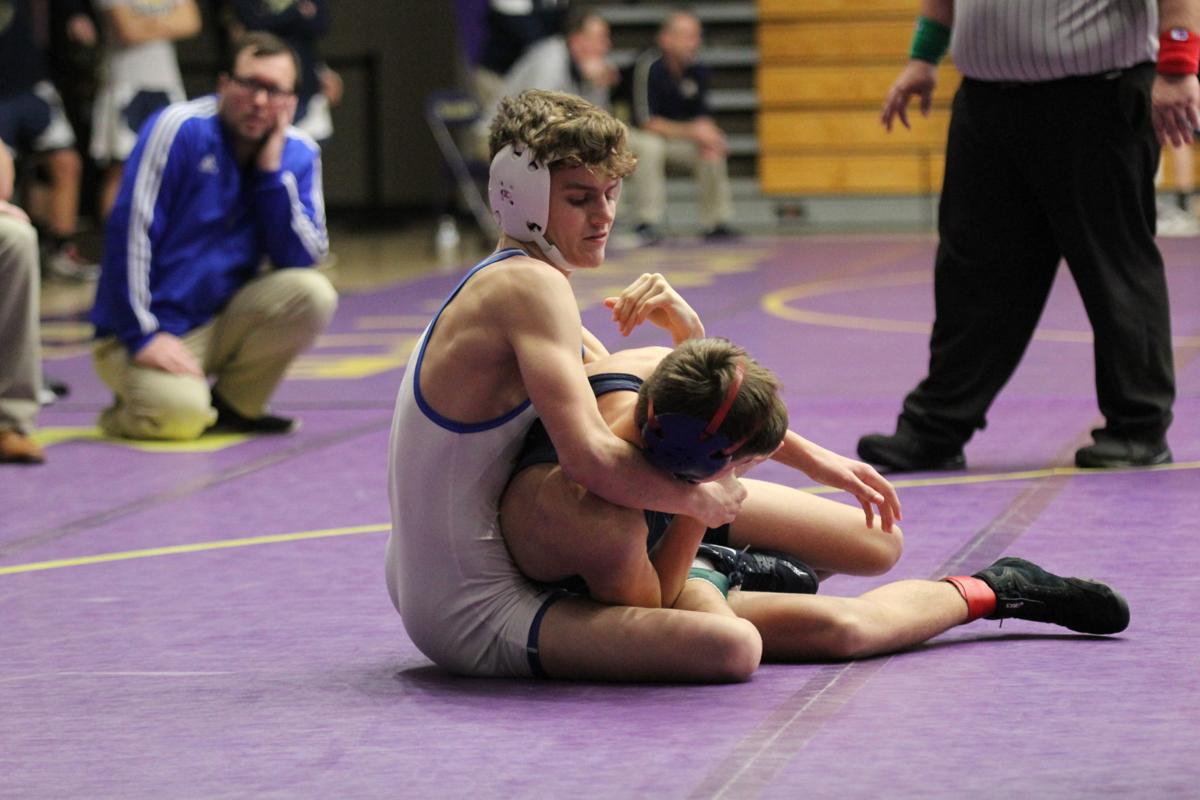 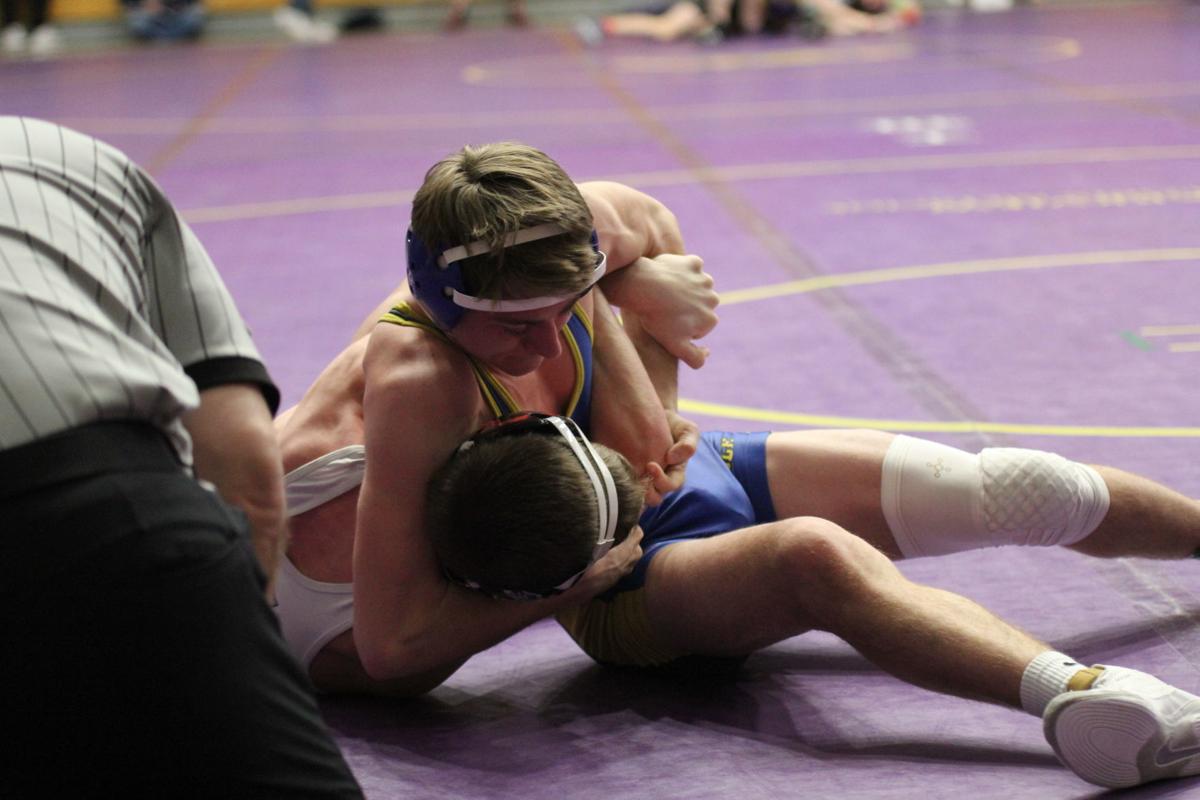 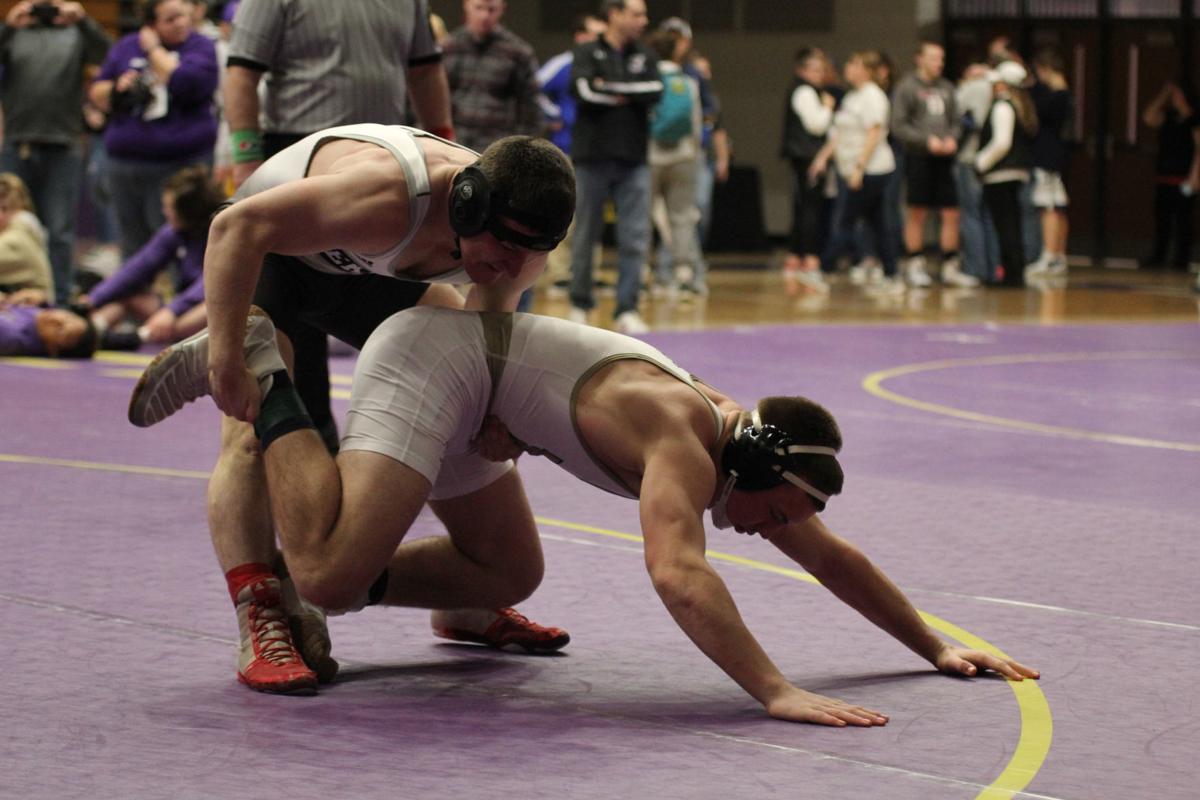 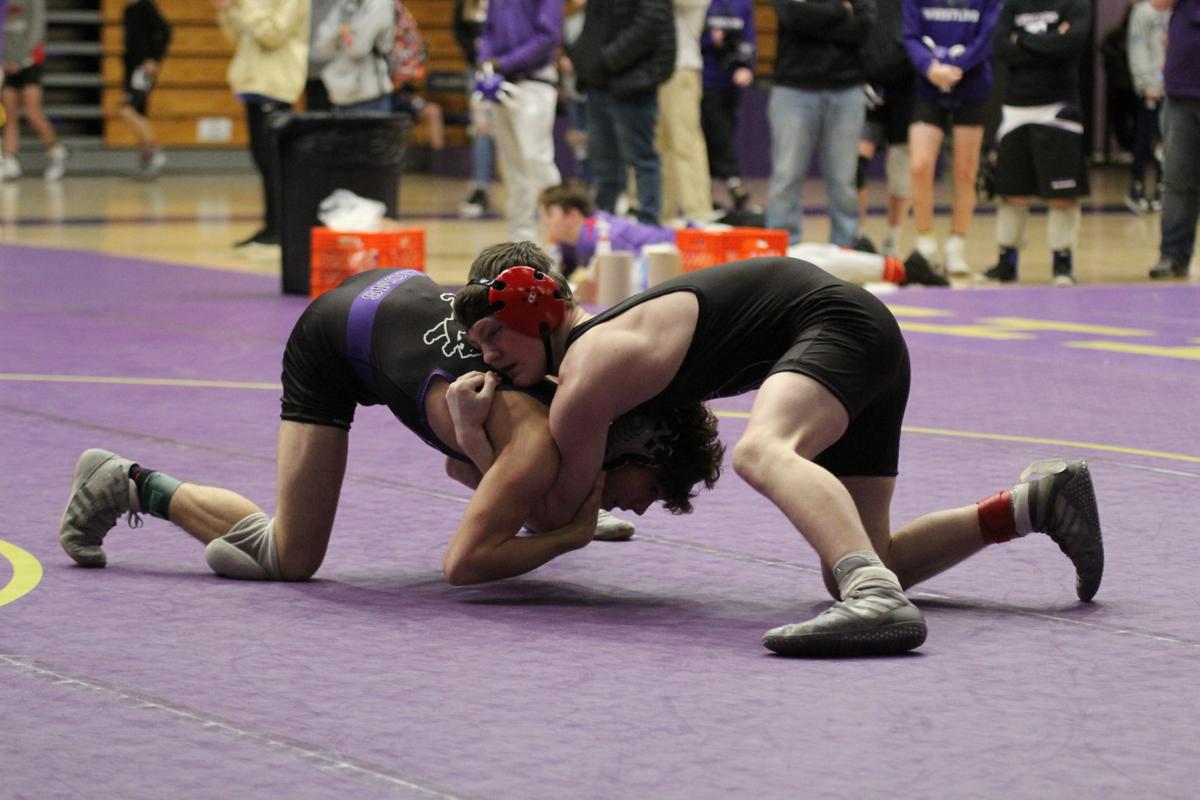 NEW HAVEN — East Noble sophomore Aidan Sprague set high goals for himself this wrestling season, and at Saturday’s Northeast 8 Conference wrestling meet, he reached one of them.

DeKalb finished in sixth place as a team with 127 points, followed by East Noble in seventh with 122.5. Bellmont won the team title with 214 points, ahead of Columbia City with 198.5.

Sprague (27-1) won the first conference title of his career at 113 pounds after pinning Bellmont’s Karson Everett in 2:48 in the final.

“It’s the first step. I set high goals for myself this year, and I’m working so hard to achieve it,” Sprague said. “This is just the first step on a long road.”

Sprague said he wants to finish in the top four in the state in his weight class if he can get past the semi-state round. He and East Noble coach Sam Riesen realized Sprague’s potential for this season after his performance at the Connersville Invitational on Dec. 28.

“My first match there I faced a ticket-rounder and I tech-falled him and looked really good. In my finals match, I had another high-ranked semi-state kid and I pinned him,” Sprague said. “I think if I keep it rolling like that, I have every reason to be in the top four.”

Sprague won the 113-pound weight class with a technical fall and a pair of pins, including the final one over Everett.

“The first match I didn’t feel as good, but come second match I felt great,” Sprague said. “After the first match, I got those jitters out and I was wrestling really well.”

Sprague had four teammates reach the finals in their respective weight class, but all of them either lost by fall or major decision.

Keegan Malott fell at 106, Blaine Malott (126) was pinned with 30 seconds left in the second period, Grant Owens (132) was taken down by top seed Ian Heath of Leo and Jacob Graden was beaten by a 13-4 major decision.

Caden Conley came in third at 182 pounds, and Jacob Everson finished in fifth place at 170.

DeKalb senior Blake Rowe needed to refocus before the last run through the state tournament of his high school career.

After getting pinned in last year’s 170-pound championship match, Rowe came back this season at 182 pounds and outlasted Norwell’s Sam Walker for a 4-1 decision.

“Staying calm,” Rowe on how he changed his mental approach. “Because I would be jumping around before each match and get too much adrenaline going. So when I went out there I was mentally focused and knew what I was doing.”

Rowe grabbed an early lead with a takedown in the first period against Walker. Rowe didn’t allow Walker to escape in the second period and kept him from getting a near fall for points in the third period. Rowe scored a reversal right before the end of the match.

Braxton Miller also made it to the finals for DeKalb in the 120-pound bracket. However, the freshman was pinned in the second period.