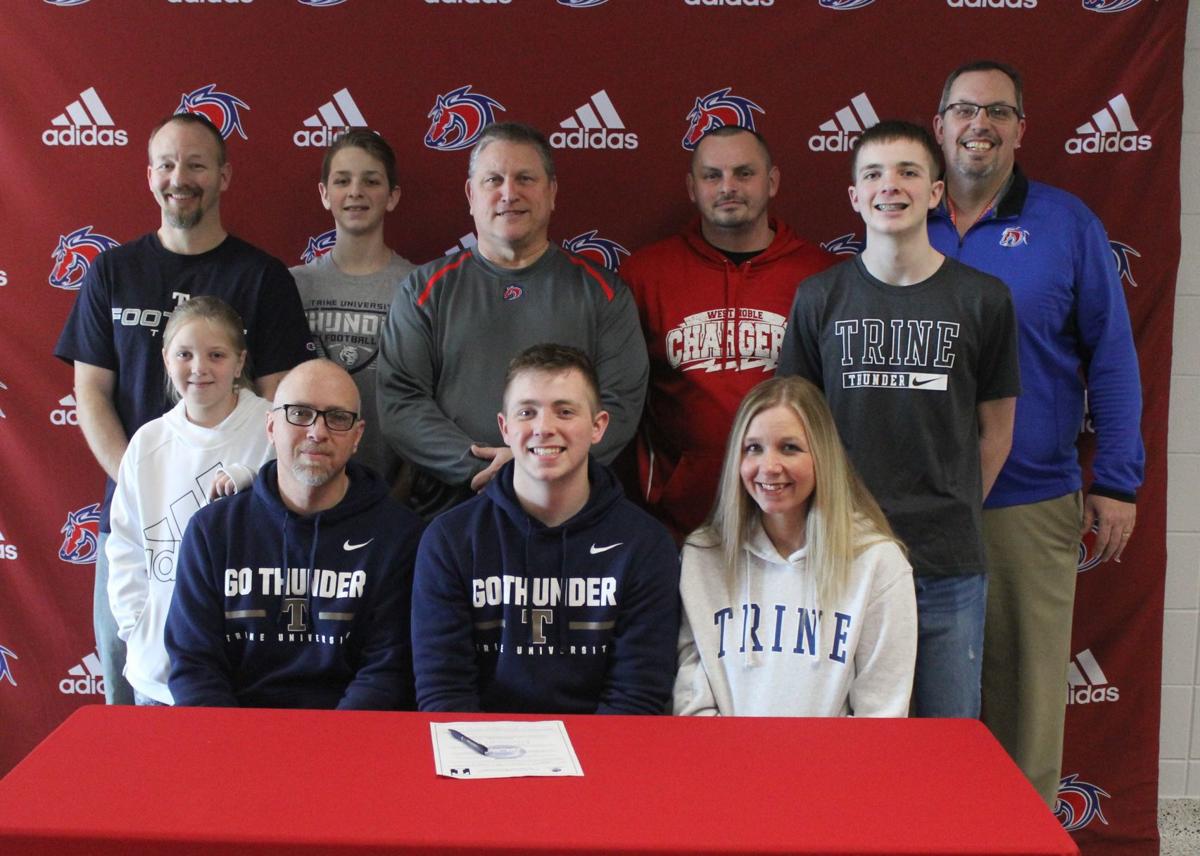 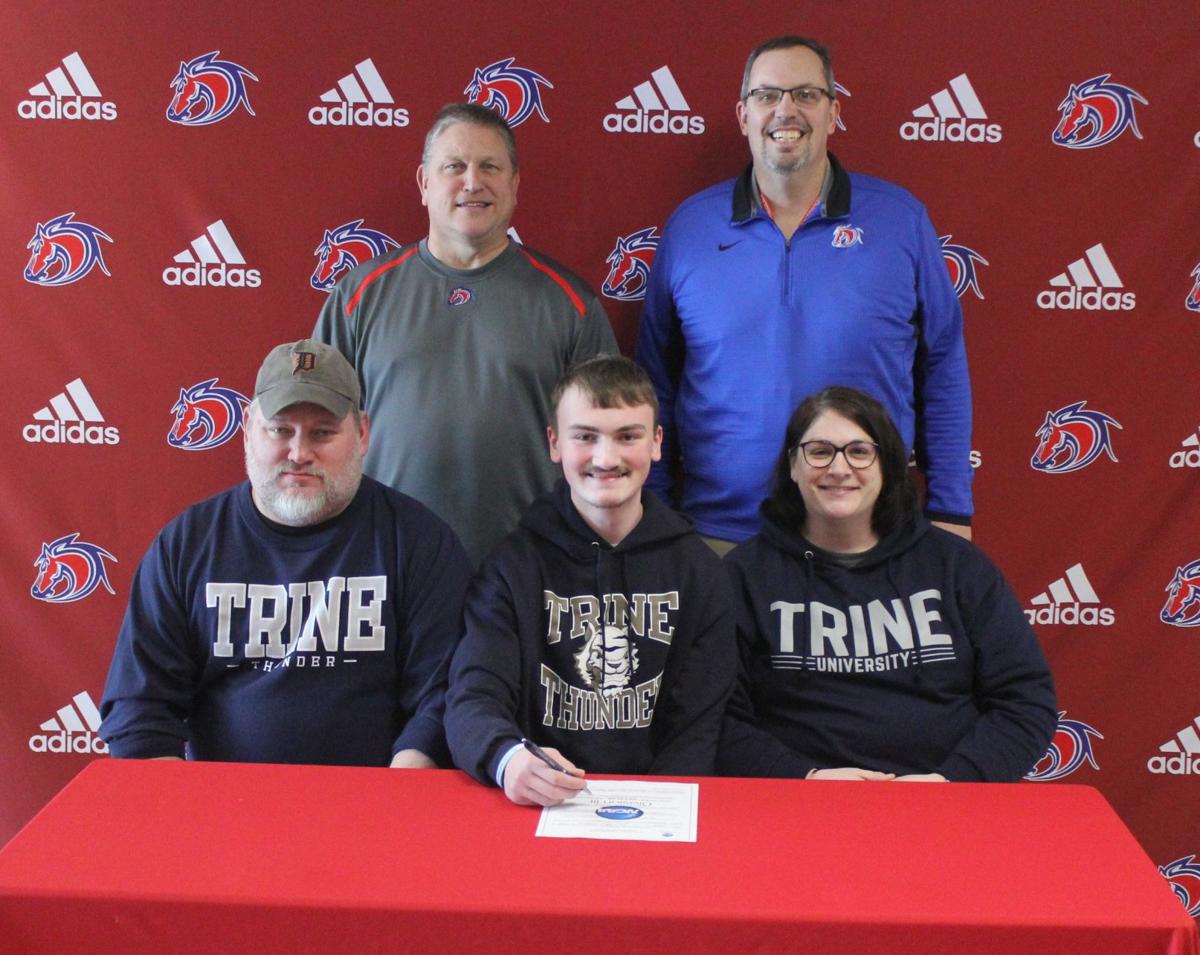 West Noble senior Eion Fuleki, front center, signs his letter of intent to play football at Trine University. Seated with Eion, from left, are Chris Fuleki and Heather Fuleki. In back are Monte Mawhorter and Tom Schermerhorn.

West Noble senior Eion Fuleki, front center, signs his letter of intent to play football at Trine University. Seated with Eion, from left, are Chris Fuleki and Heather Fuleki. In back are Monte Mawhorter and Tom Schermerhorn.

Seniors Raven Slone and Eion Fuleki were both standouts for West Noble this past season and hope to make an impact with the Thunder.

For Slone, it was all about finding the right fit academically, and he liked what Trine had to offer.

“Turns out I could go there, go through a really good engineering program and play football,” Slone said. “It was kind of an obvious choice for me.”

Slone said he has “a lot of work to do” to get where he wants to be to so he can contribute to the Thunder football program.

“I have to be in the gym. I have to get bigger, stronger and faster and get better at knowing the game,” Slone said.

Slone said he wants to go into mechanical engineering with the goal of one day working for SpaceX.

For Fuleki, the transition to Trine should be easy on the academic side, because he already has credits with the university as he is enrolled in dual-credit classes.

“That drew me there and the opportunity to play football definitely drew me more than anywhere else,” Fuleki said.

Fuleki is also excited to get up to Angola and make an impact for Trine.

“I want to work hard with people, make the team great, so if we work as a group, we’ll be a lot better,” Fuleki said.

His plans are to major in two subjects, sports management and golf management.

West Noble had one of its best football seasons in school history in 2019, and it was in large part to its senior class, which many have committed to play football at the next level, including Slone and Fuleki.

“We had a group of seniors that have been together since elementary school playing football. Growing up and being able to win as a team with them was really cool,” Fuleki said.

West Noble football coach Monte Mawhorter said, “This is a benefit of these kids having worked together for a long time. It’s bittersweet to see them all split up, but that they’re taking advantage of some things in front of them. I think both of these guys will do well under (Trine coach Troy Abbs).”

West Noble runs a similar defense to Trine’s defense, which should make for a smooth transition for both Slone and Fuleki.

Mawhorter called Slone the best lead blocker on offense during the fall. On defense, he finished with 64 solo tackles, seven sacks and three fumble recoveries and made the All-Northeast Corner Conference Big School Division team.

“Eion is a kid that is still maturing and will be better as he goes,” Mawhorter said.