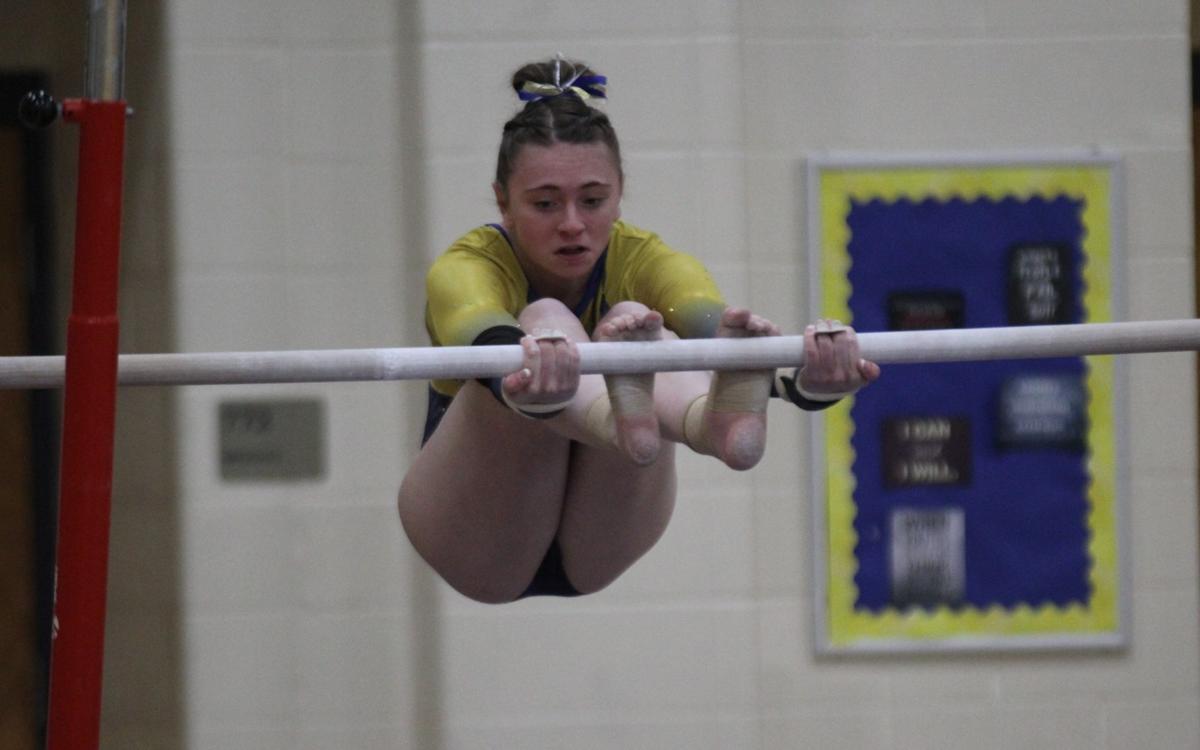 East Noble’s Miah Hudson competes in the bars during Monday’s gymnastics meet against Homestead in Kendallville. 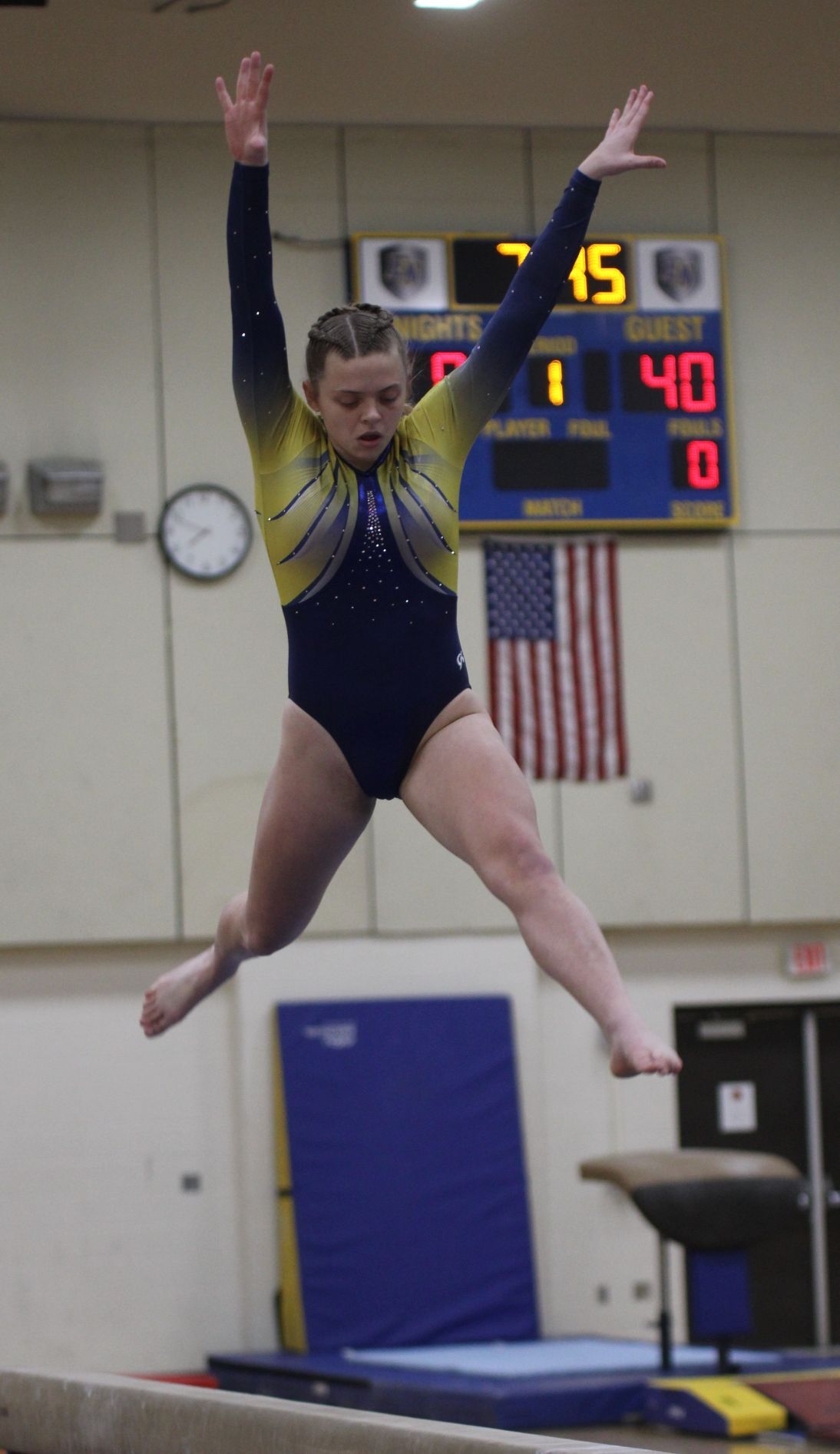 East Noble’s Kallie Davies competes on the beam during Monday’s gymnastics meet against Homestead in Kendallville.

East Noble’s Miah Hudson competes in the bars during Monday’s gymnastics meet against Homestead in Kendallville.

East Noble’s Kallie Davies competes on the beam during Monday’s gymnastics meet against Homestead in Kendallville.

“I think they did fine based on the fact that we have one returning from injury. We’ve a rough week with injuries,” East Noble coach Tami Housholder said. “Going into sectionals, we’re kind of been playing it easy just to get them healthy for Saturday.”

The Knights were led by senior Miah Hudson, who finished in fourth in the all-around with total of 34.45. Her best finish of the night was on the vault, and she placed in third with a score of 9.05.

Ally Blackburn finished in sixth in the all-around at 31.575, and Audrey Beiswanger took seventh for East Noble with a total of 30.225.

Blackburn’s best event was on the beam with a score of 8.15 for fourth, and she finished with an 8.6 on the floor. Beiswanger’s top finish was on the floor routine with a 8.975 for sixth.

Kallie Davies and Kiara Terry both finished with scores of 8.475 on the vault and tied for seventh.

Homestead took the top three spots in the all-around and did the same in three of the four events.

The Knights will compete in the Wawasee Sectional Saturday beginning at 11 a.m., and Housholder wants to see her girls go into the meet with more confidence.

“We have some brand new girls, who’ve never competed before,” Housholder said. “So going into a big meet like this, just their confidence and the team concept with everybody and rooting each other on.”