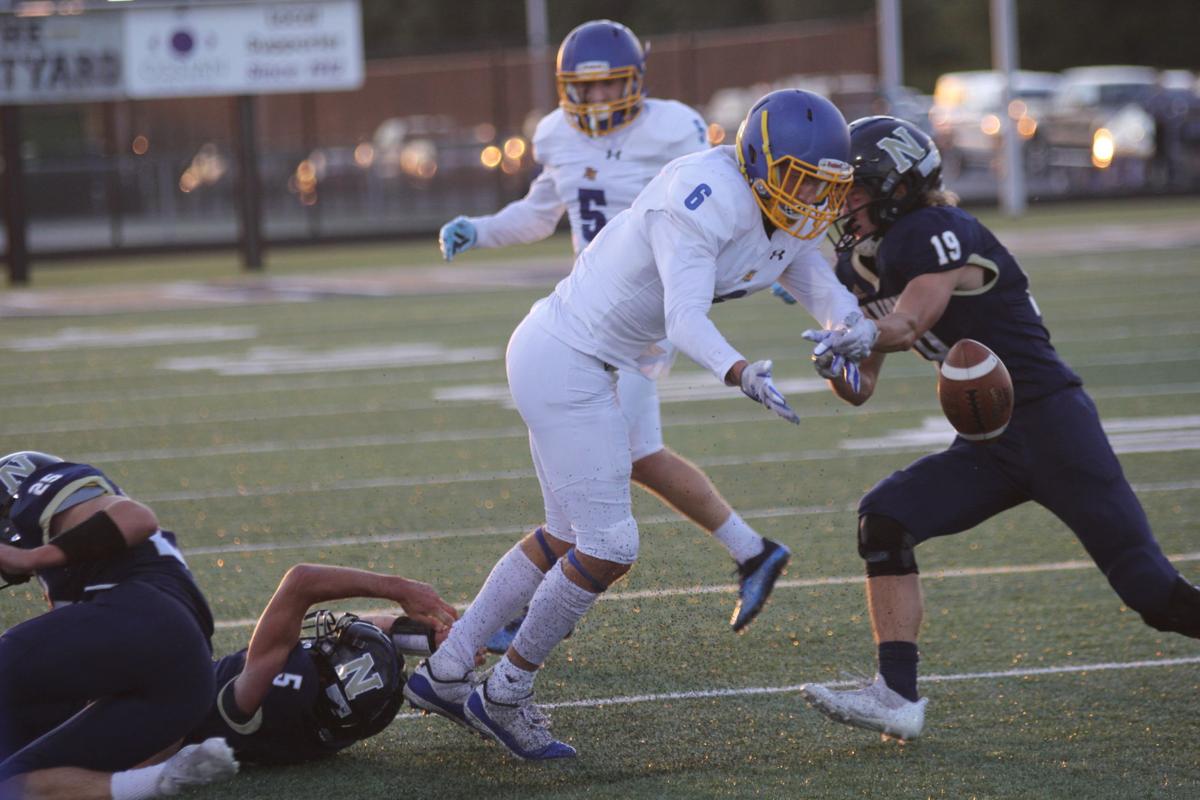 East Noble’s Rowan Zolman fumbles the ball as Norwell’s Jack Gruss comes in for the tackle during the first half of Friday’s game in Ossian. 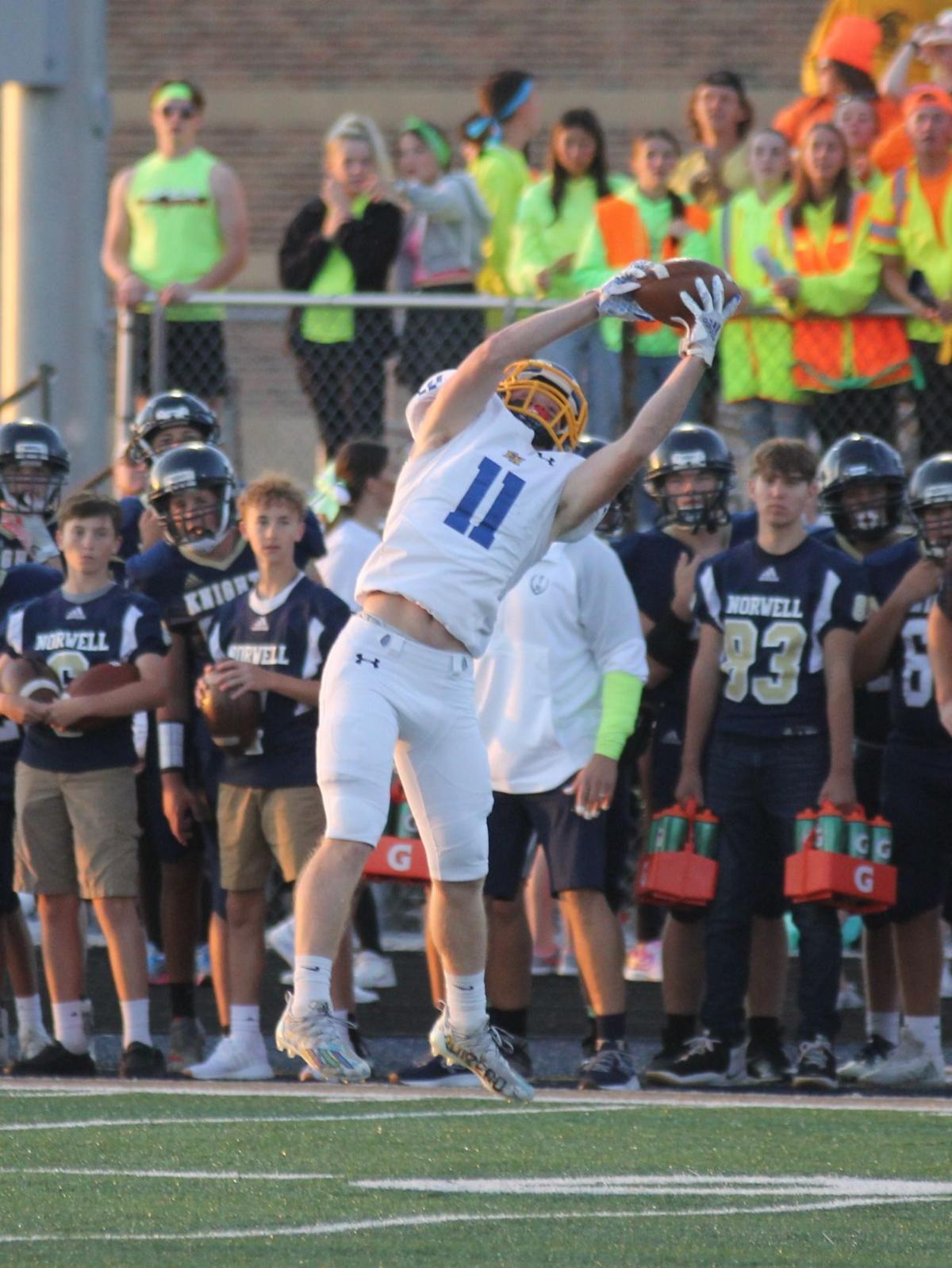 East Noble's Ethan Nickles skies for a catch during the first half against Norwell Friday night in Ossian.

East Noble’s Rowan Zolman fumbles the ball as Norwell’s Jack Gruss comes in for the tackle during the first half of Friday’s game in Ossian.

East Noble's Ethan Nickles skies for a catch during the first half against Norwell Friday night in Ossian.

OSSIAN — For the second straight week, East Noble came out looking sluggish. But on this Friday night, Norwell didn’t allow any sort of comeback.

“We’ve been here before, man,” East Noble coach Luke Amstutz said. “It reminded me a lot of 2013. We came over and got our butts kicked by a team that wanted to play harder and cared about Friday night a little more than we did. I’ll take the blame. I didn’t have my team ready to play.”

On Sept. 27, 2013, East Noble traveled to Norwell and lost 35-7. That win by Norwell might have more of a surprise that Friday’s. In the 28-point win, Norwell was winless going into the matchup.

“It’s part preparation, part inspiration, part enthusiasm. It’s a lot of things. You can’t be careless with the football. You have to stop the run. All of the things that we pride ourselves in doing, we didn’t do them tonight and didn’t do last week very well either,” Amstutz said. “We’re not a very good team right now. We can be.”

Norwell outgained East Noble 289-200 and did most of their damage on the ground. Luke Graft rushed for 171 yards on 33 carries and two touchdowns. Jon Colbert had 23 rushes for 96 yards.

Norwell drained the clock by running the ball and picking up first downs. It had the ball for nearly 34 minutes and were 11-of-16 on third down. East Noble was 3-for-8.

East Noble had three turnovers, including two fumbles and an interception in the end zone. Kainon Carico had 14 carries for 94 yards.

On the opening drive Norwell marched down the field, milking seven minutes off the clock before Graft scored on a 2-yard run.

Early in the second quarter and after a short punt gave Norwell the ball in East Noble territory, the home team had to settle for a 26-yard field goal from Aydan Rusu.

After the second East Noble fumble, Norwell had another short field to work with. This time, they punched it in the end zone from the seven with Graft bulldozing his way across the goalline.

The East Noble defense tightened up in the second half, forcing a pair of punts, but Norwell continued to run down the clock and never allowed East Noble to have the ball back after picking off Zander Brazel in the end zone.

East Noble will try to end its losing skid next week at Columbia City.