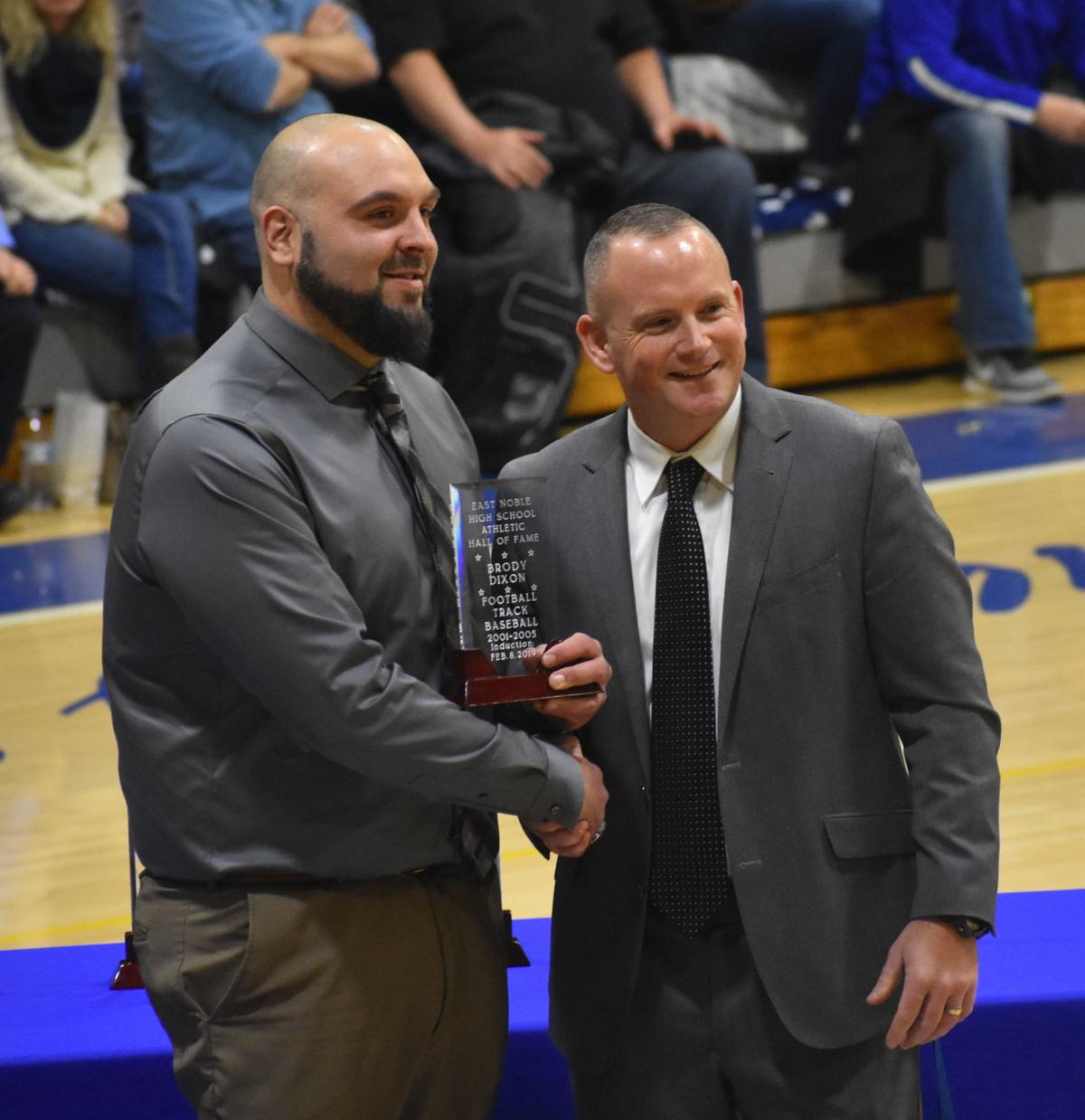 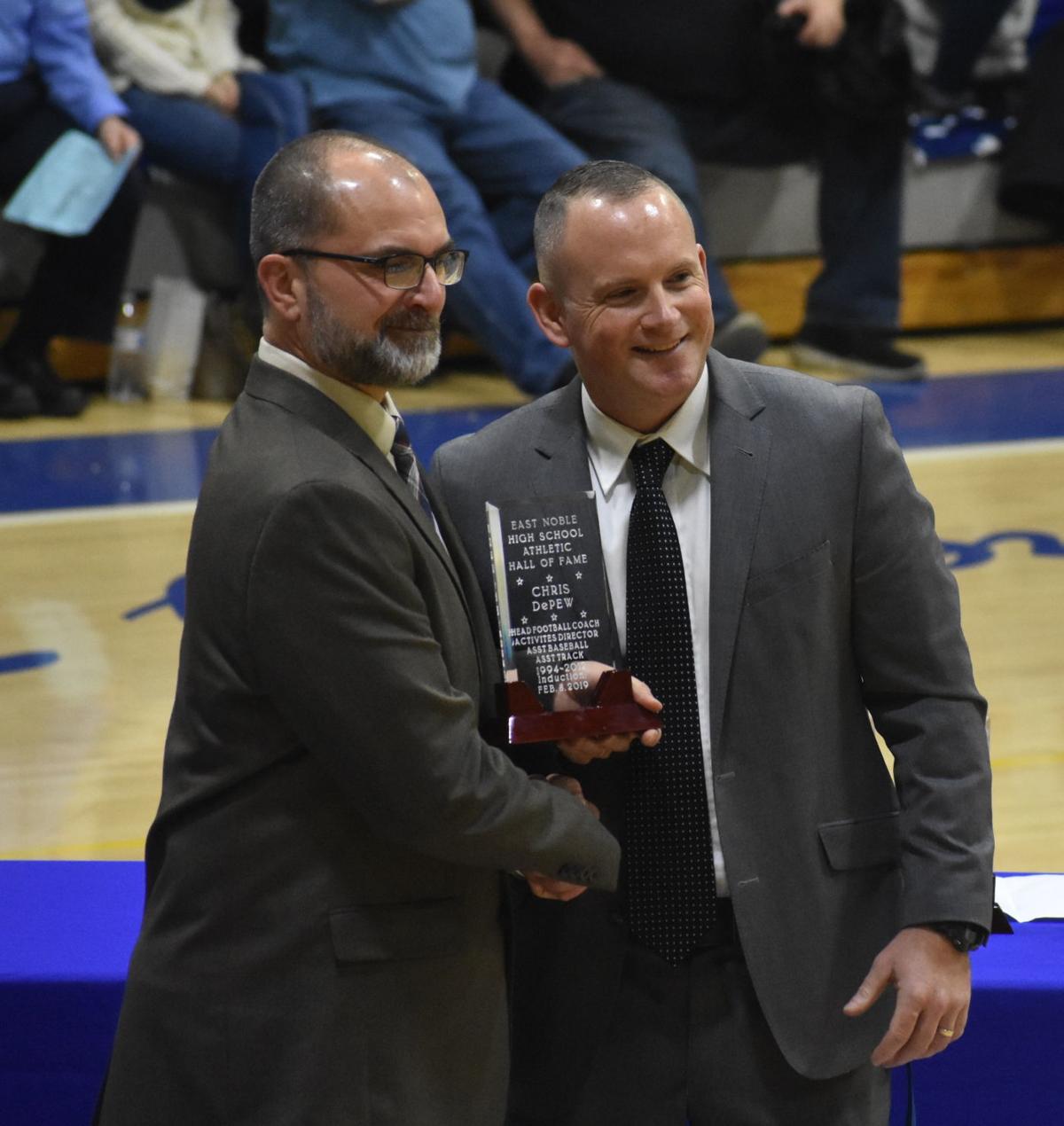 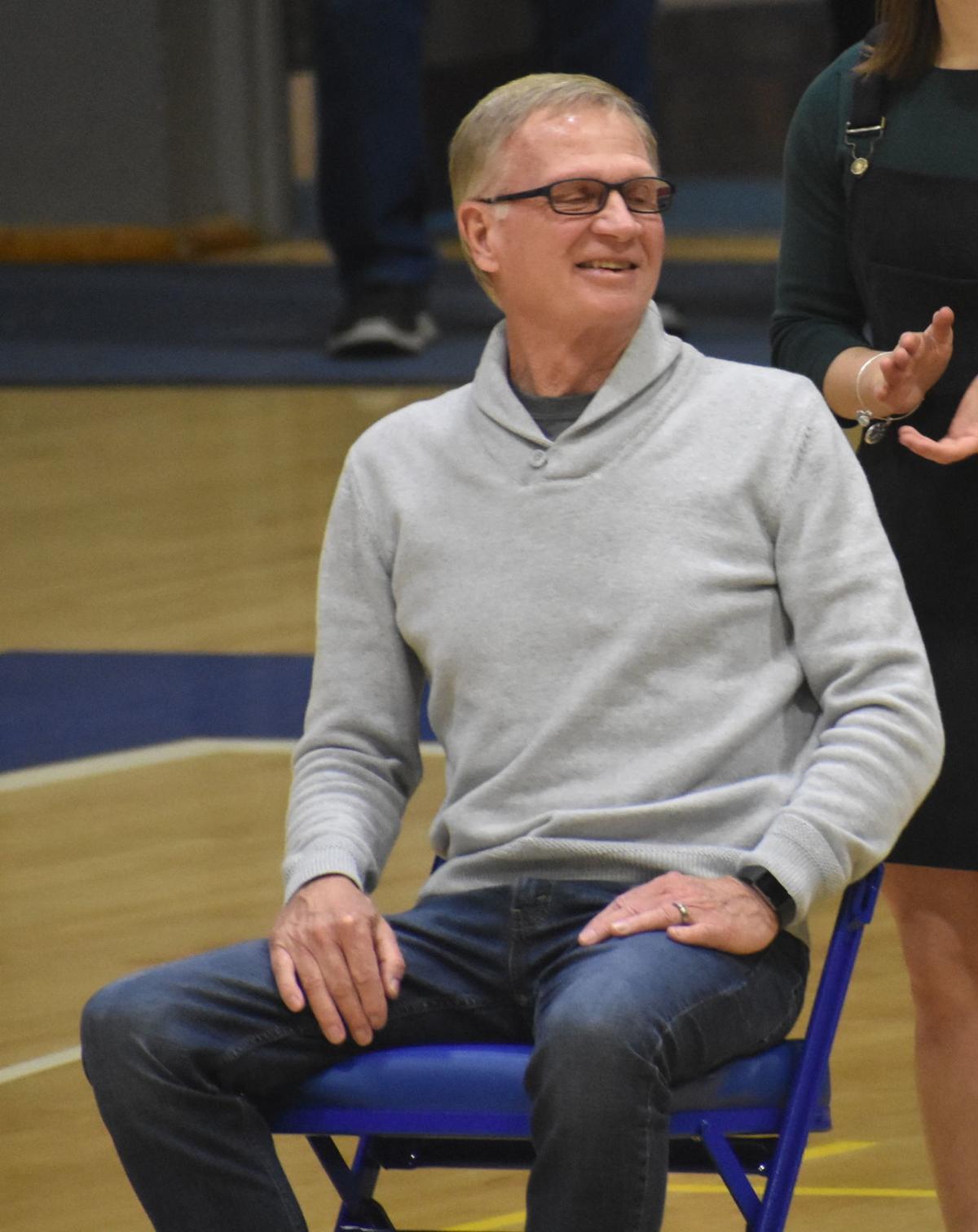 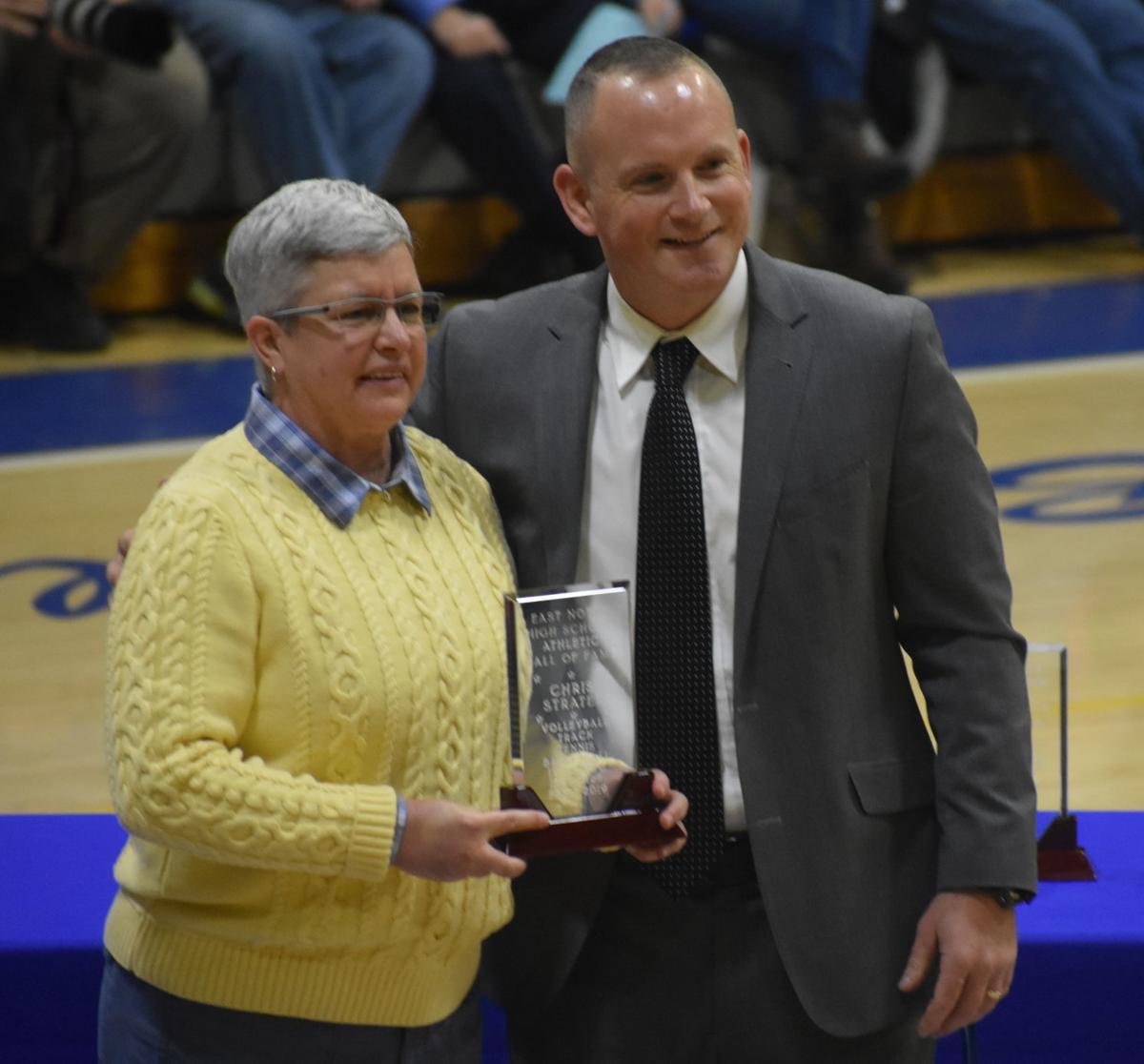 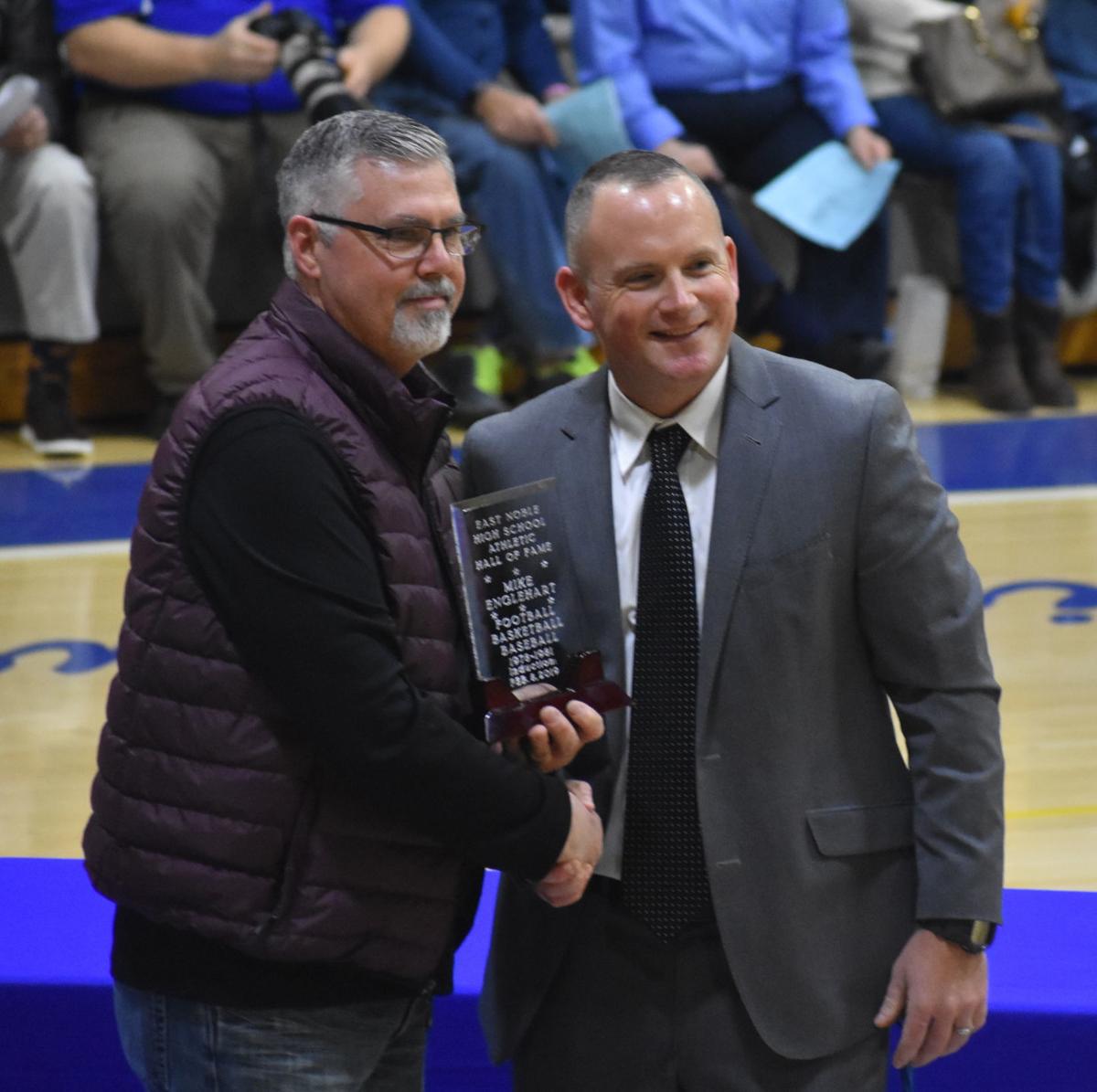 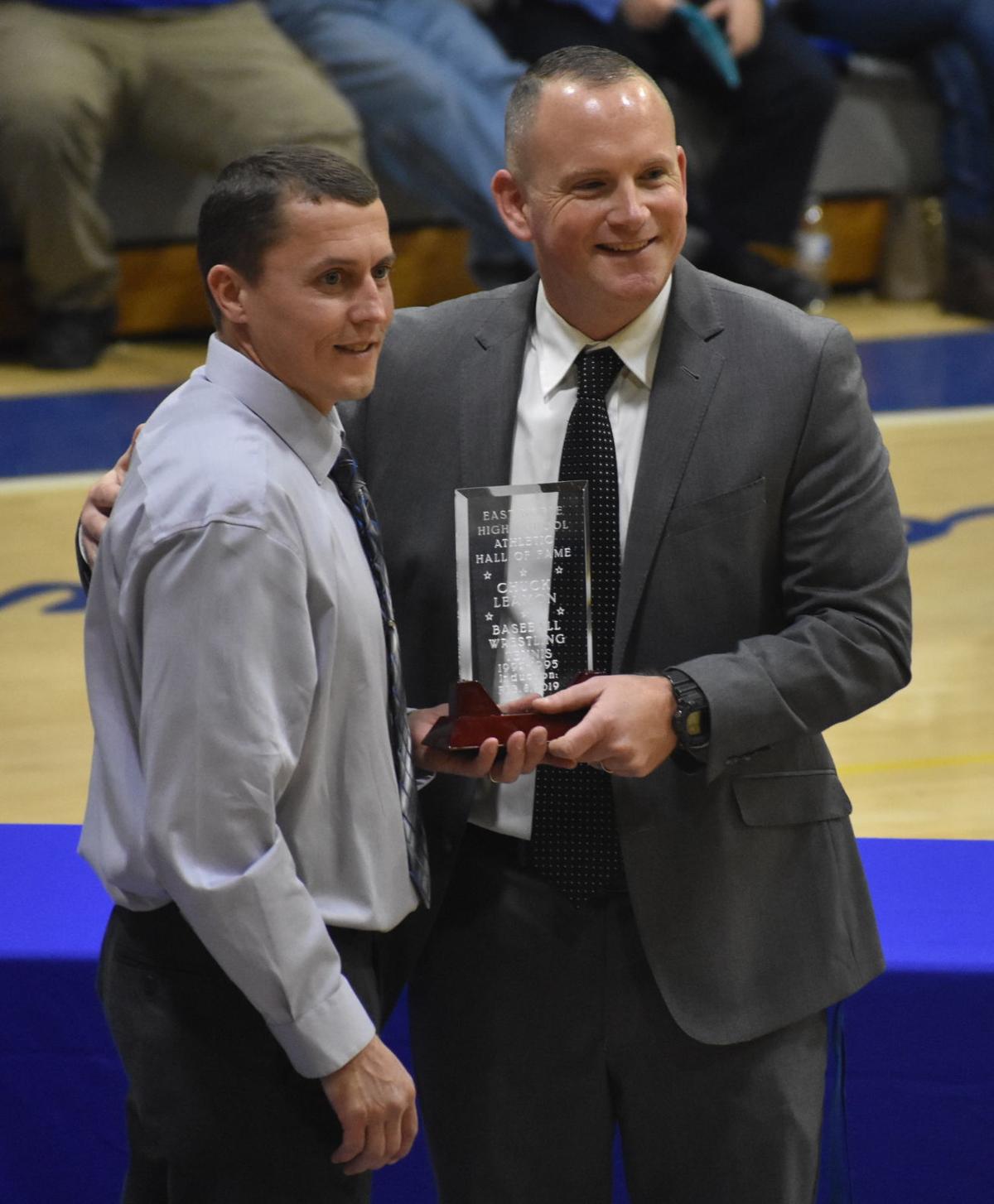 East Noble High School held its Hall of Fame induction ceremony between the Knights’ junior varsity and varsity boys basketball games with New Haven Friday night at the Big Blue Pit. The 2019 class included multi-sport standouts Brody Dixon, and Stan Fraze, Mike Englehart, Chuck Leamon, Josh Treesh and Chris Strater and former coach, teacher and administrator Chris DePew. Strater was a pioneer in girls athletics at East Noble who starred for the Knights from 1976-80. DePew is best known for his efforts coaching football at EN. He helped the Knights win a Class 4A state championship as an assistant coach in 2000, and led the team to a 4A state runner-up finish as head coach in 2003. Dixon was one of DePew’s leading players from 2001-05. Treesh was not in attendance for the induction ceremony Friday night and is not pictured. East Noble activities director Nick David is in all the photographs except with Fraze.