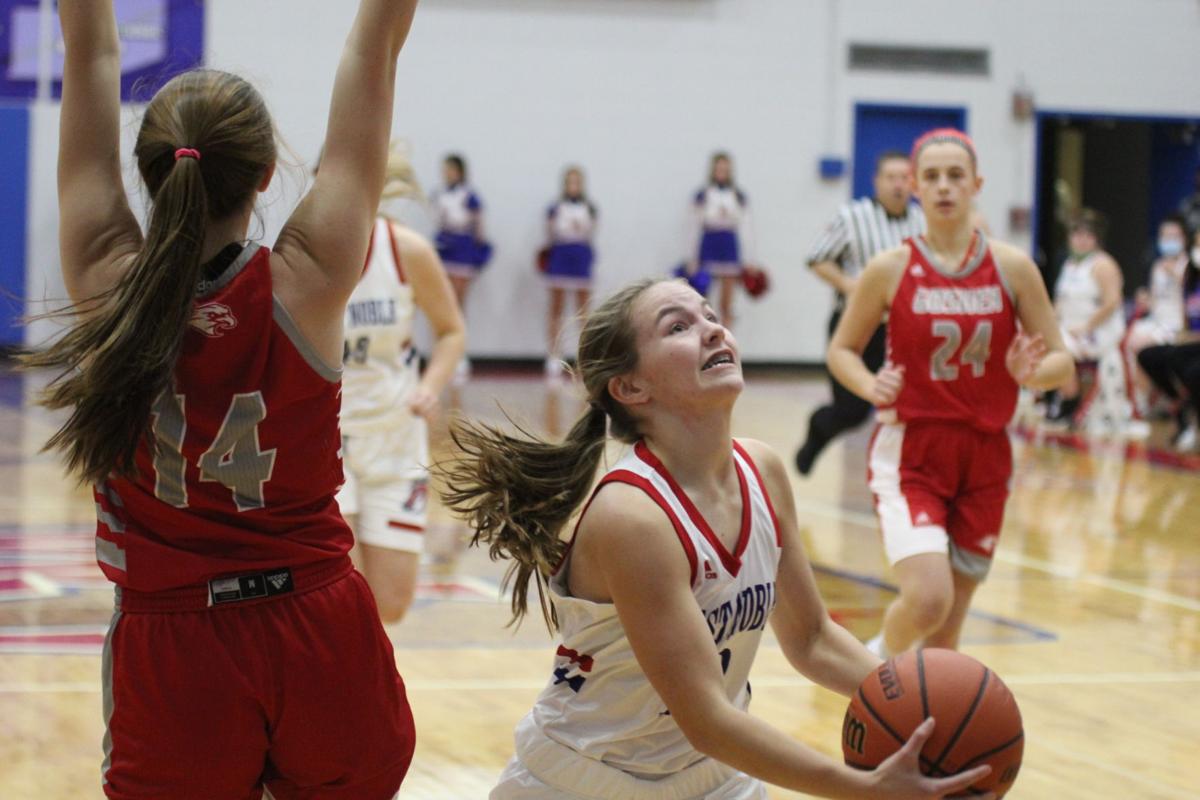 West Noble’s Mackensy Mabie drives past a Goshen defender for the lay-up during the first half of Tuesday’s game in Ligonier. 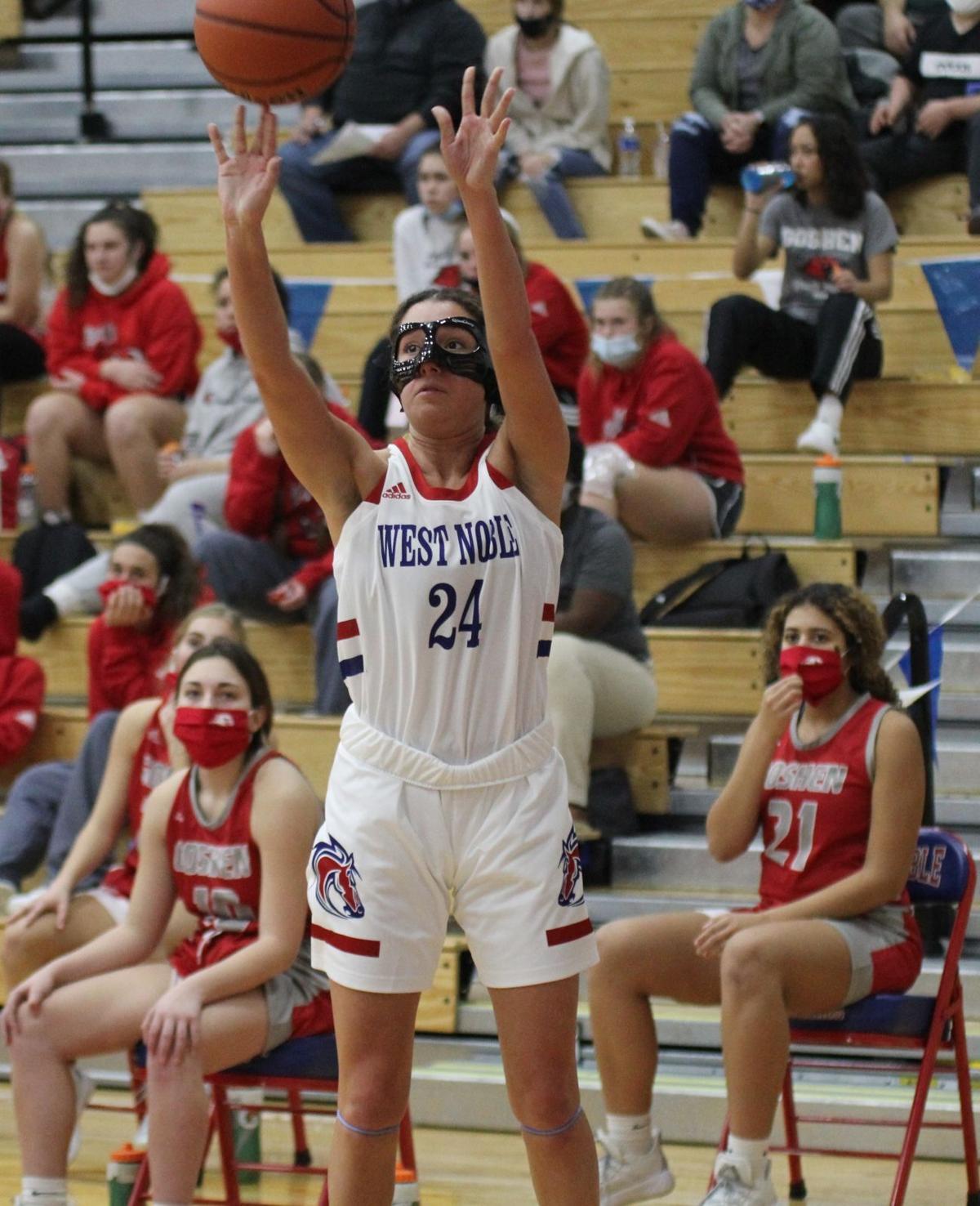 West Noble's Lillian Mast puts up a three-point shot during the first half of Tuesday's game against Goshen in Ligonier.

West Noble’s Mackensy Mabie drives past a Goshen defender for the lay-up during the first half of Tuesday’s game in Ligonier.

West Noble's Lillian Mast puts up a three-point shot during the first half of Tuesday's game against Goshen in Ligonier.

LIGONIER — Goshen had to grind out a 36-30 victory over West Noble on Tuesday night.

The RedHawks doubled up the Chargers (5-2) 22-11 in the second half and did most of their damage from the free-throw line. Goshen was 11-of-12 from the charity stripe while West Noble was 2-for-6.

There should have been more trips to the line with how much both teams banged into each other and how many girls ended up on the floor battling for the ball.

Goshen was led by Brynn Shoup-Hill’s 14 points and 11 points from Tyra Marcum, including four points after offensive rebounds in the fourth quarter.

The RedHawks used their length to block quite a few shots and grab offensive rebounds.

The Chargers opened the game with seven straight points, all from Mabie. Twice, the sophomore scored off a steal and was fouled while making the basket.

The RedHawk finally got a shot to fall and it came off a putback by Shoup-Hill at the 4:40 mark in the first quarter. The Dayton commit brought her team within one after completing a three-point play with less than a minute remaining in the period, but Taytlynn Forrer pushed the Charger lead back to four before the end of the quarter with a three-pointer.

Both teams struggled to get clean looks for most of the night, which is a credit to how well both teams played defensively.

The Chargers maintained a slim lead through the next two quarters. Goshen briefly tied the game at 19-19 after a transition three by Shoup-Hill, but she was quickly answered by Mast, who scored her first bucket with 2:32 left in the third quarter.

The RedHawk earned their first lead of the contest on a three-pointer from Gallagher that made it 24-23.

Marcum extended the lead to five with four straight points.

West Noble cut the lead to just a pair twice in the final three and a half minutes. Once, on a three by Mabie and the other on a drive to the rim by Mast.

Kyra Hill and Shoup-Hill closed out the win with the final four points.

The Chargers travel to Churubusco on Friday.