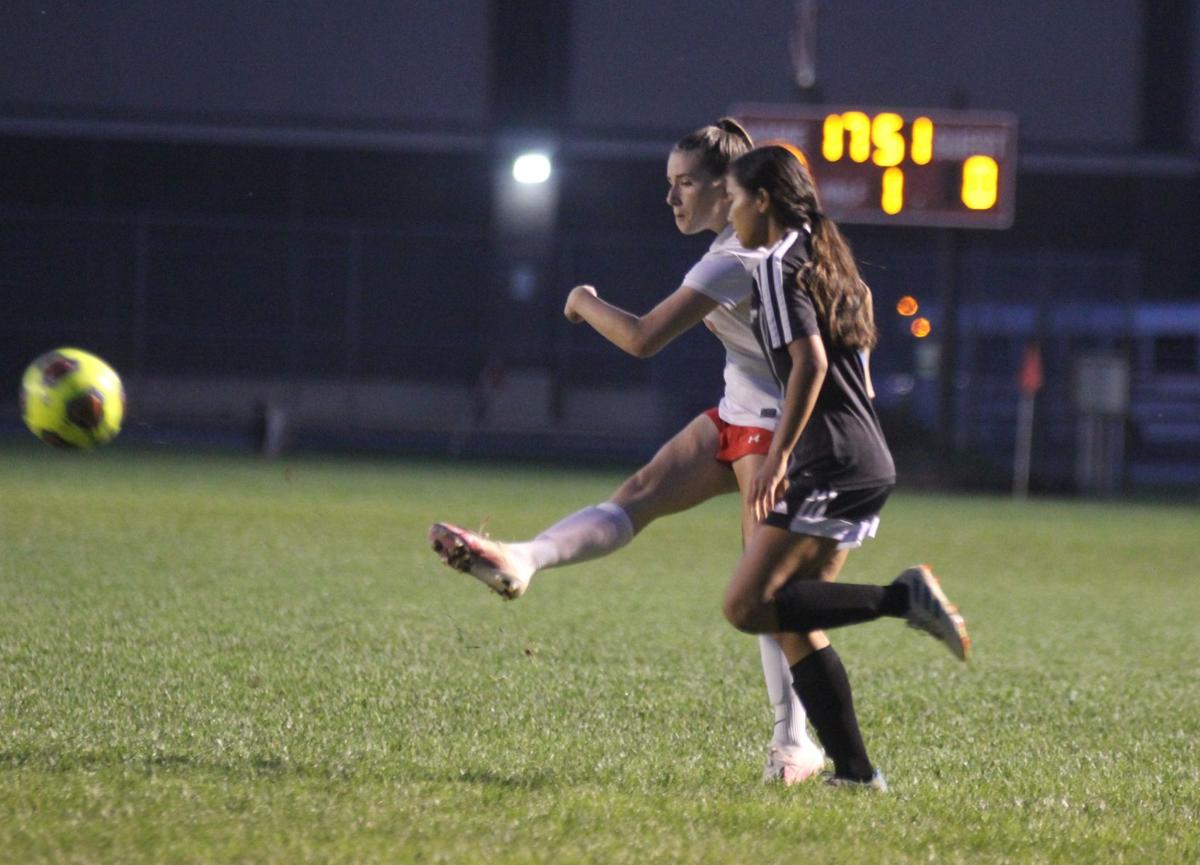 Westview’s Paige Schwartz takes a shot while being defended by Lakewood Park’s Jennifer Than during the first half Saturday’s Class 1A Westview girls soccer sectional championship in Emma. 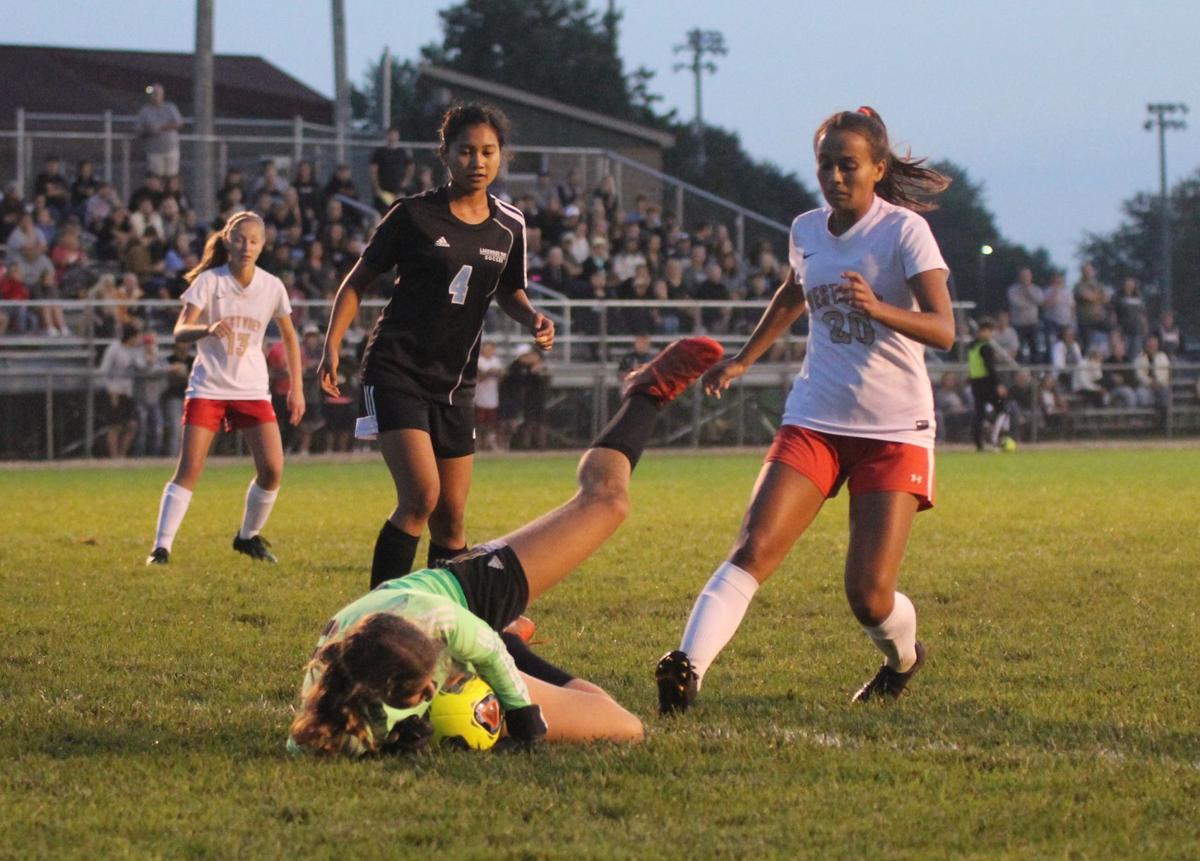 Lakewood Park keeper Jade Carnahan makes a save as Westview’s Bri Munoz charges the goal during the first half of Saturday’s Class 1A Westview girls soccer sectional championship in Emma.

Westview’s Paige Schwartz takes a shot while being defended by Lakewood Park’s Jennifer Than during the first half Saturday’s Class 1A Westview girls soccer sectional championship in Emma.

Lakewood Park keeper Jade Carnahan makes a save as Westview’s Bri Munoz charges the goal during the first half of Saturday’s Class 1A Westview girls soccer sectional championship in Emma.

EMMA — The Westview girls were fast, aggressive and didn’t let up to win their first sectional championship since 2017.

Westview coach Jesse Ward has talked during the season about how young his group of girls are. On Saturday, they showed how they have improved and grown up to become a championship squad.

Westview was the aggressor and held possession for most of the first half. The Warriors got started early with three corner kicks in the first two minutes. The third one produced a shot from Paige Schwartz, but her attempt was off the mark.

“We weren’t getting high enough on them early in the first half. I think a lot of it had to do with our rotation. We kept winding and grinding down on the them,” Ward said.

The Warriors had a free kick at the 33:00 mark, but Karly Miller’s shot sailed over the crossbar.

Lakewood Park’s best chance to score in the first half came off a free kick from Ava Staker. Her shot also sailed.

Just before the halftime horn, Schwartz played a pass to Bri Munoz, who dribbled around one Panther defender and blasted a shot in the upper-right-hand corner.

“It was nice to see the pace we played at tonight. We played later in the regular season at that pace, but we haven’t got going yet in the sectional. A lot of it has to do with the teams we play and their style of play with a high line. Tonight, we really got going, moving the ball quickly and moving off the ball,” Ward said.

The Panthers came out swinging to start the second half. Sam Hartz played a short cross in front of the keeper a couple minutes into the half. Madelyn Beck found the cross and took a shot. The ball went under Westview keepr Madison Hooley, but she recovered in time to prevent the goal.

Westview quickly moved the other way and used the same combination of Schwartz to Munoz to double the lead. Munoz one-on-one with Carnahan, and Munoz won for the 2-0 lead.

The Warriors continued to put the pressure on and were rewarded.

Miller scored the next Warrior goal five minutes later with the assist to Munoz, then five minutes after that, Olivia Jasso found Paige Riegsecker, who slipped a shot just past the goalie for a 4-0 lead.