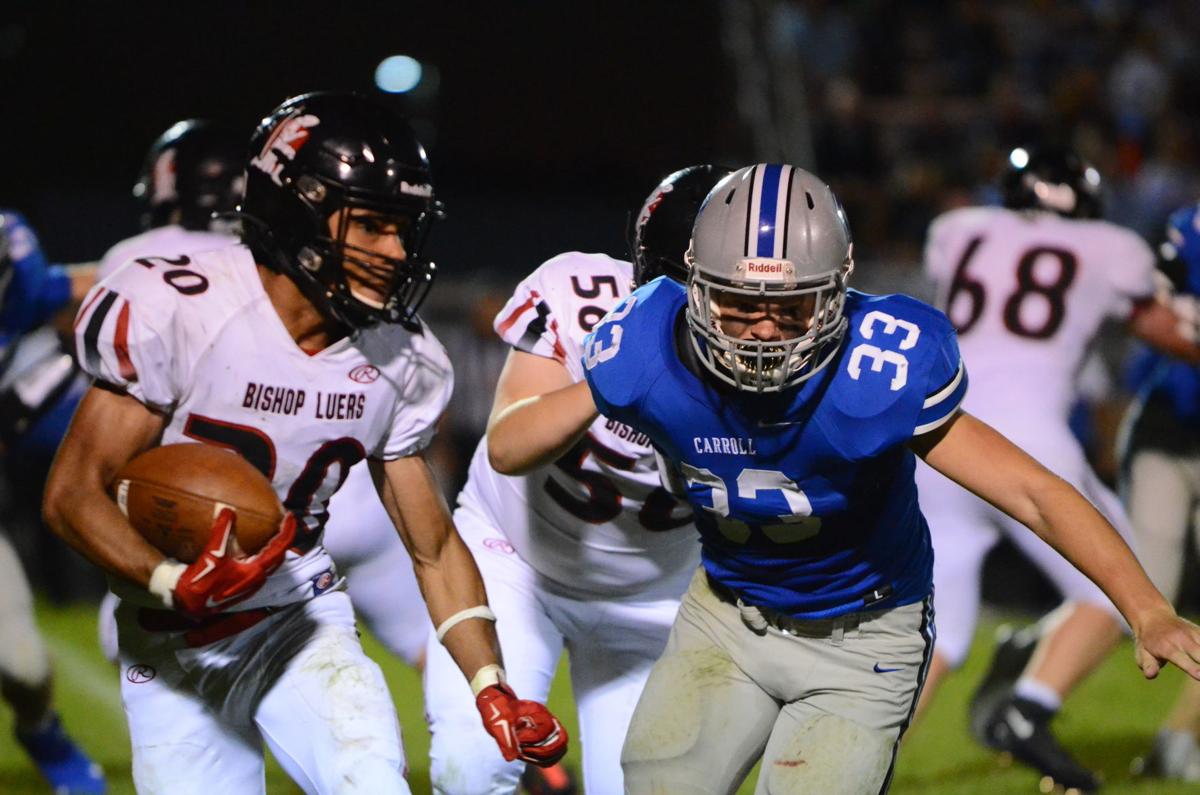 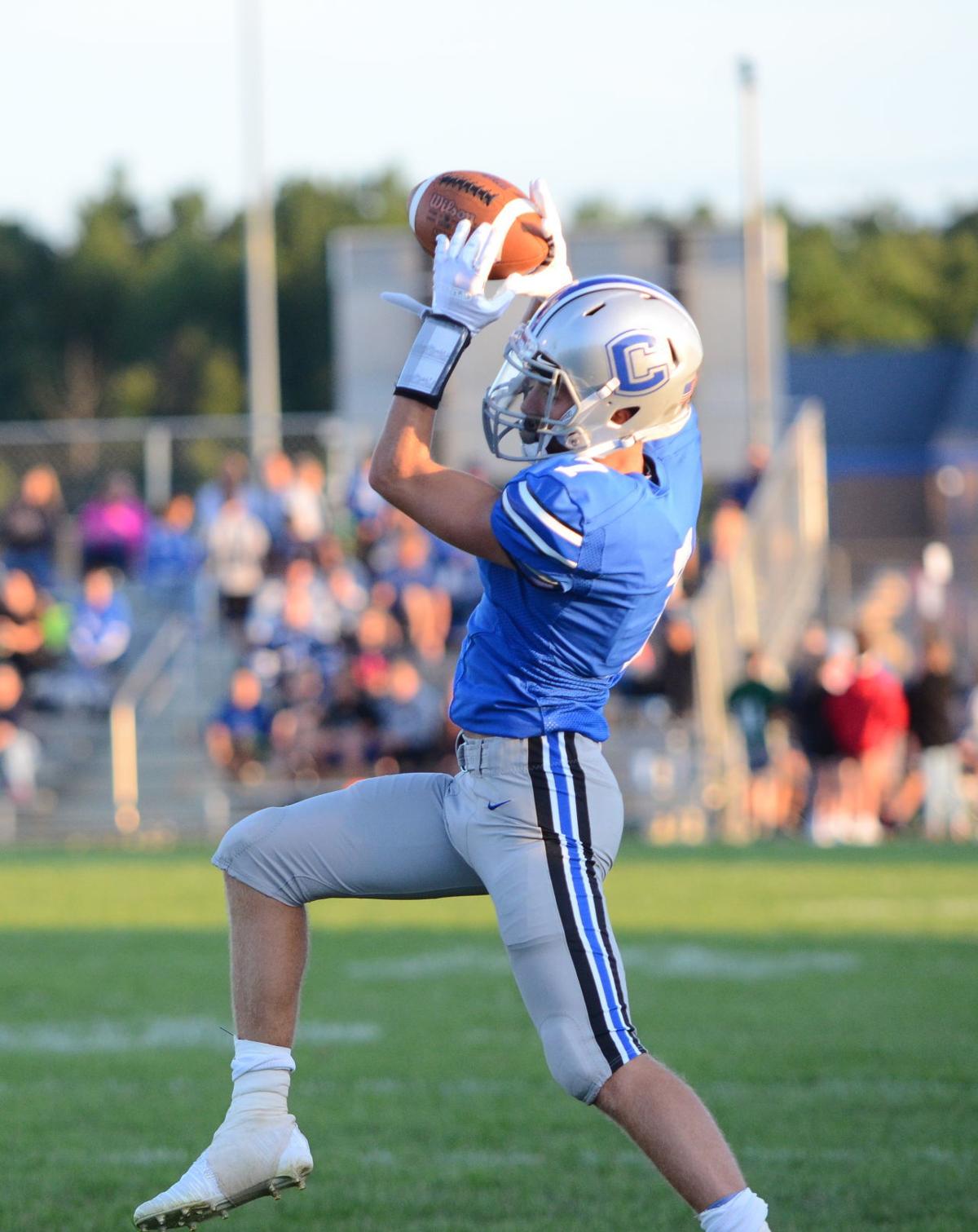 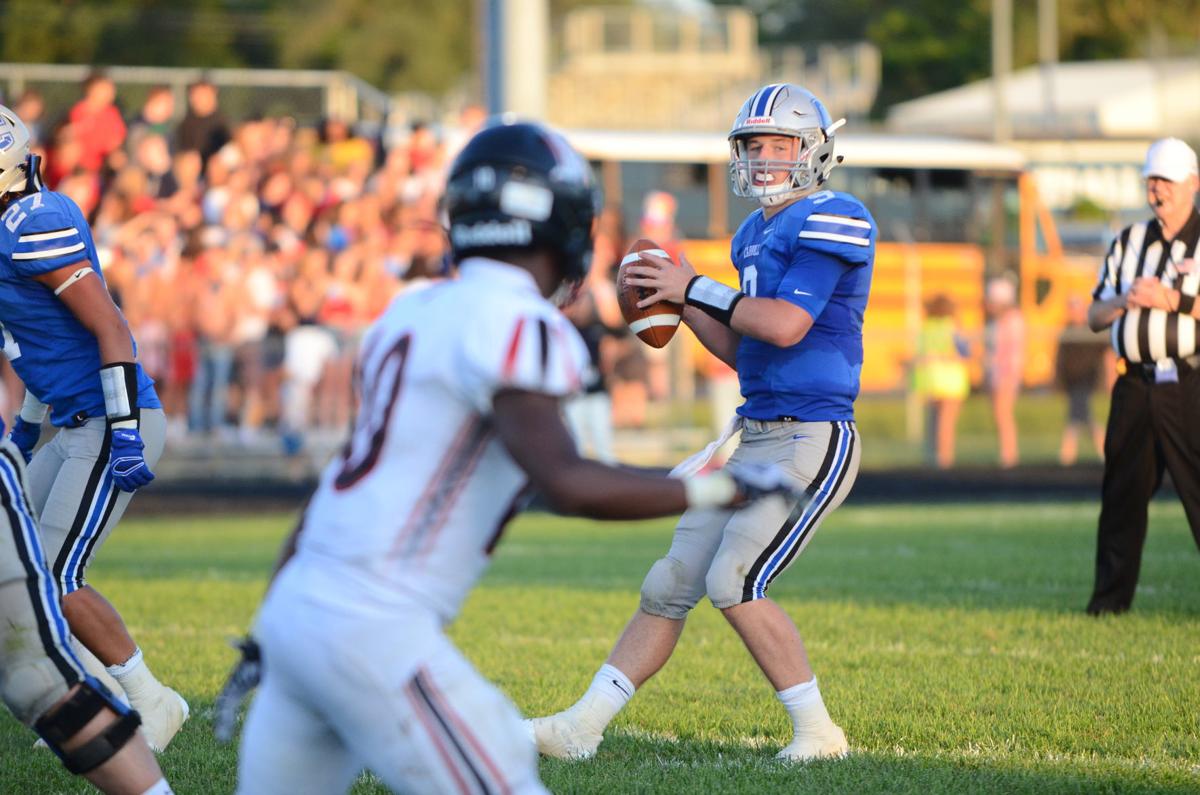 HUNTERTOWN — A week-1 win has eluded the Carroll football team since 2016, but Friday’s performance against Bishop Luers could be a sign of better things to come. The Chargers got off to a hot start in their home opener with a 42-0 blowout over the Knights.

“We’ve put in the work all summer long and to get that 1-0, it feels great,” starting quarterback Jeff Becker said.

Becker, a sophomore, had his varsity debut Friday, connecting on 16 of 30 pass attempts for 224 yards and a touchdown. On the ground, he rushed for 49 yards, including a touchdown and a 17-yard run, which was the team’s longest of the night.

“We’re very optimistic — he’s a sophomore,” Carroll Head Coach Doug Dinan said. “We’ve got to eliminate the fact that he feels he needs to make play after play, but (running back Evan Harris) did a great job running the football, the offensive line’s got to be physical up front and if they take the game out of his hands, all (Becker) is is the distributor. If he can just get the ball to those guys that are open, get us into the scheme and play up tempo, we’re going to be in good shape.”

Harris put up 90 yards for the Chargers, and junior Hunter Mertz put the ball in the end zone three times on the night. Layton Mitchell led the receiver corps with 86 yards on six of 11 receptions, including a 48-yard play, and Tyler Morrison grabbed a touchdown in the air while picking up 49 yards with two receptions.

“Evan Harris, every single time he got hit he got yards after that, and that shows a lot about him. And our receivers ran their routes crisp to make it easy on me,” Becker said.

Carroll’s secondaries were in full force as well. The Chargers’ Cade Dinan, Tucker Steely and Nick Hull each had an interception on the night, and Tucker Steely had the final touchdown with a 95-yard pick six in the fourth quarter.

Larry Sible led the Chargers’ defensive with five tackles and two sacks to put the Knights back 18 yards. Aaron Jacquay and Reeve Muncie each had a sack as well.

“We capitalized on opportunities,” Dinan said. “I don’t think that this game was quite as big in terms of the margin that the scoreboard shows. Luers is a very good football team and they’re going to contend for a lot of championships down the road.”

Last season, the Chargers went 3-7, falling to Luers by one point in week 1. This year, consistency is going to be key.

The Chargers face Snider on the road Friday, with hopes of beating the Panthers for the second time in program history after last year’s 38-14 regular-season victory. Snider defeated North Side 51-0 on Friday.