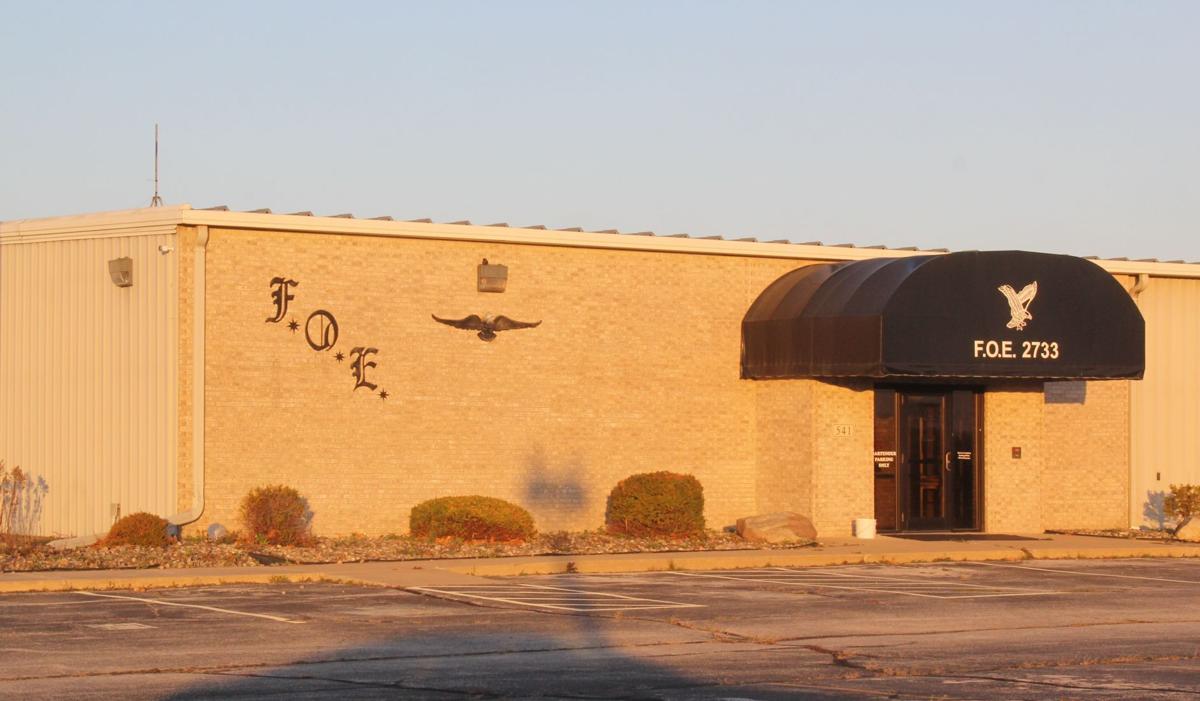 The former Butler Eagles Aerie at 541 W. Main St. soon will be home to the International Monster Truck Museum. Plans are for the building to open in the spring once remodeling has been completed. 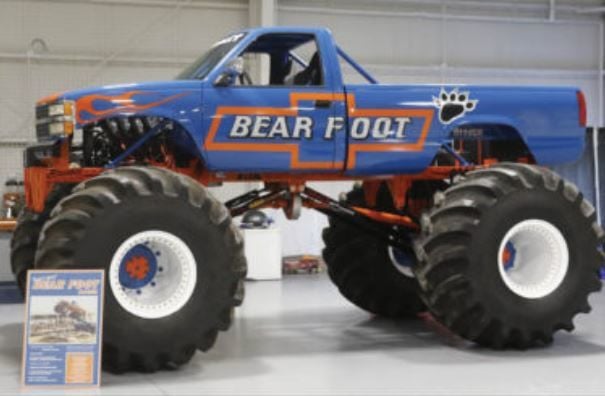 Monster truck Bearfoot is among the exhibits of the International Monster Truck Museum. The museum organization announced this weekend it will move to the former Eagles Aerie in Butler.

The former Butler Eagles Aerie at 541 W. Main St. soon will be home to the International Monster Truck Museum. Plans are for the building to open in the spring once remodeling has been completed.

Monster truck Bearfoot is among the exhibits of the International Monster Truck Museum. The museum organization announced this weekend it will move to the former Eagles Aerie in Butler.

BUTLER — Get ready to roll — the International Monster Truck Museum is coming to Butler.

The museum, currently housed at Kruse Plaza on C.R. 11-A south of Auburn, is moving to the former Butler Eagles lodge at 541 W. Main St.

The 12,700-square-foot building has been vacant since February 2018, when the local Eagles Aerie was disbanded by the national organization. It now will feature more than a dozen historic monster trucks on display, as well as current monster trucks used on tour, Cook explained in a phone interview Monday.

The museum is a nonprofit organization dedicated to honor those who built the monster truck industry.

“Our plan was to have our own facility at some point. We’ve grown over the years,” Cook said. “The Kruse Museum gave us a great opportunity. They were always great to us.

“Our goal was to have our own permanent home, a place to call our own,” he said.

“There will be a lot of big, exciting things happening” when the museum opens this spring, Cook said.

“It’ll be cool for the local people,” he added. “There will be things they’ll get to see that you would normally have to travel hours and hours to see.”

In addition to the exhibits and events, Cook envisions the museum as a stopping point for monster truck drivers when traveling to different shows.

Scott Hess will lead the remodeling effort for the former Eagles building.

In the announcement video, Cook said a monster truck parade is planned, possibly in April, with an open house anticipated in May or June.

“I want to take this opportunity to welcome the Monster Truck Hall of Fame to the City of Butler,” Mayor Mike Hartman said in a video recording. “We’re very excited you have decided to make your new home here.

Cook said Hartman reached out to him prior to the Butler Harvest Festival in October and invited Cook to bring a monster truck to the festival.

“We were standing there visiting, and I said, ‘We would sure like to have our own home one of these days,’” Cook said in the video.

“He says, ‘What about this building we have in town? We would love to have you here,’” Cook added.

A few days later, they visited the former Eagles lodge.

“This has a lot of potential,” Cook said of the building in the video. “We’ll have some renovations we’ll have to do. The building’s only 20 years old, and it’s in very good shape.