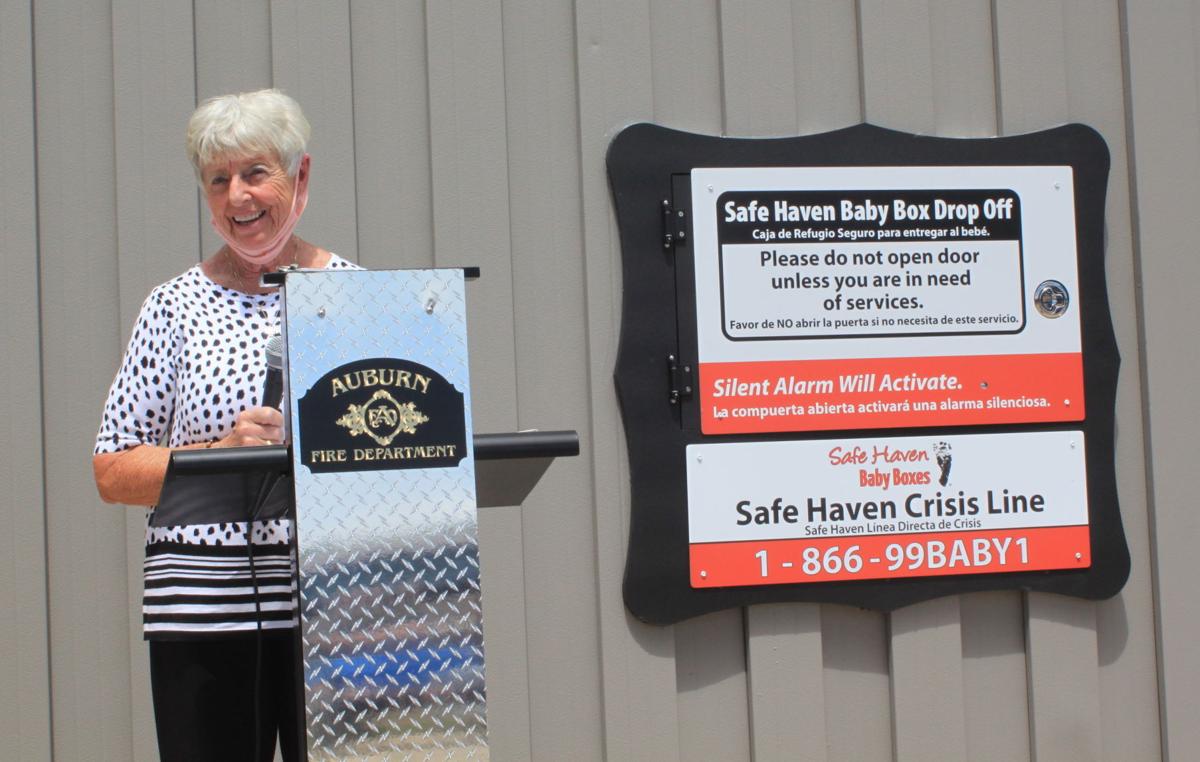 Phyllis Gerstner of Garrett speaks Friday about her joy at seeing a Safe Haven Baby Box, shown behind her, installed at Auburn’s Fire Station No. 2, 902 S. Grandstaff Drive. 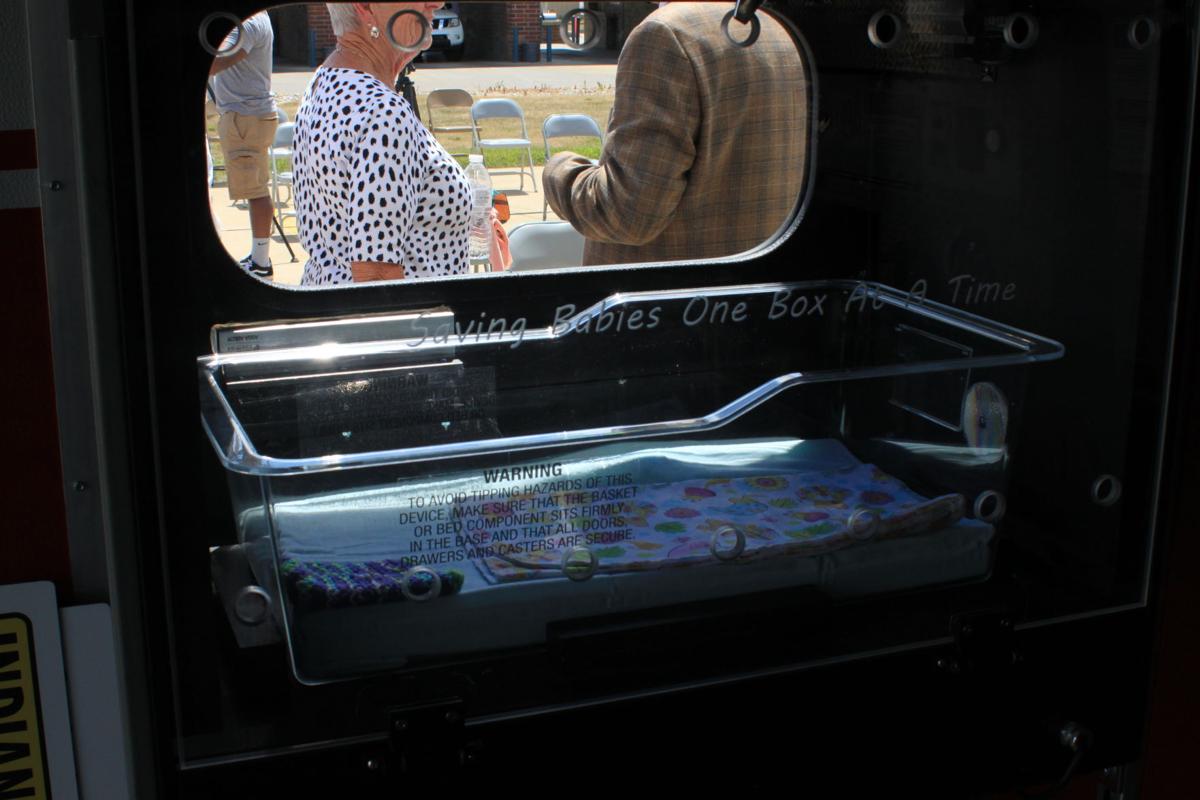 Viewed from inside Auburn Fire Station No. 2, a Safe Haven Baby Box features a door with a window and a cradle for a surrendered infant. 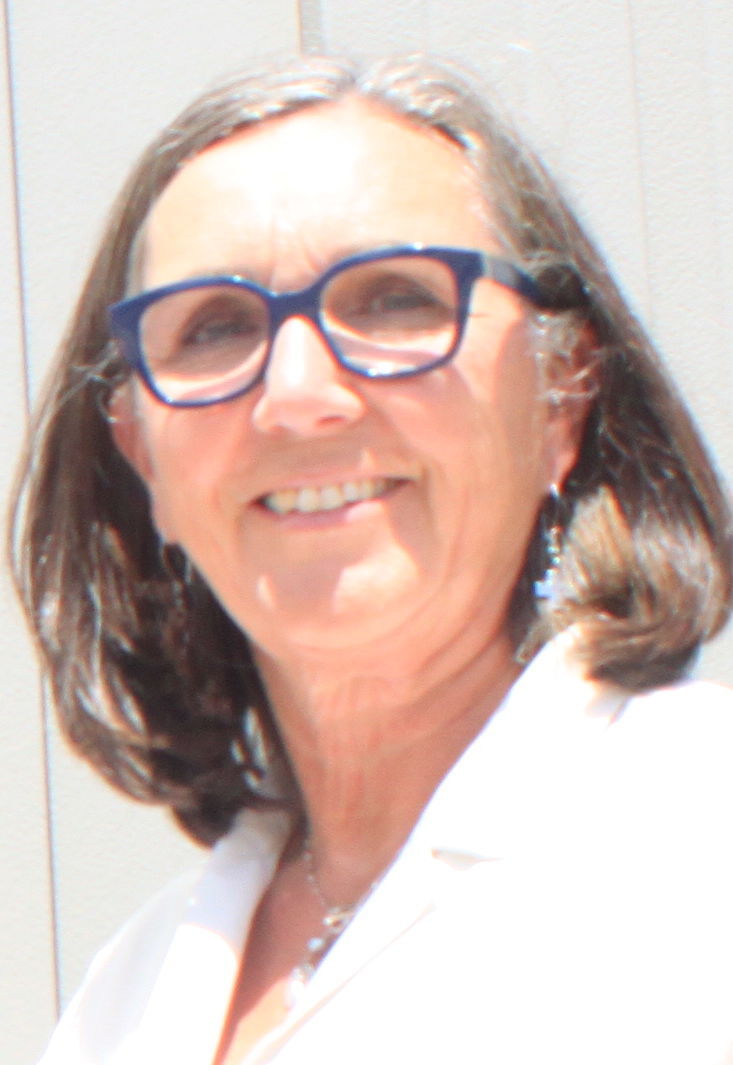 Phyllis Gerstner of Garrett speaks Friday about her joy at seeing a Safe Haven Baby Box, shown behind her, installed at Auburn’s Fire Station No. 2, 902 S. Grandstaff Drive.

Viewed from inside Auburn Fire Station No. 2, a Safe Haven Baby Box features a door with a window and a cradle for a surrendered infant.

The box on the south wall of the station at 902 S. Grandstaff Drive provides a place for a woman to anonymously surrender an infant up to 30 days old. An alarm will notify 9-1-1 when a child is placed in the temperature-controlled box.

“If we save one baby out of this box, praise the Lord,” said Phyllis Gerstner of Garrett, who spearheaded the effort to install the box.

Gerstner said she was inspired by a Baby Box in Syracuse, where she worked for many years before returning to her home in Garrett.

“There was some calling in me that said, ‘I’ve got to do something about it,’” Gerstner said.

However, after working to place a box in Garrett, she learned the city was not eligible because it does not have a full-time fire department.

Two years ago at a church gathering, Gerstner spoke with philanthropists Rick and Vicki James about placing a box in Auburn.

After investigating, Vicki James said, she told Gerstner, “This is a passion of mine, too. We’re going to fund it for you.”

Safe Haven Baby Boxes cost roughly $15,000 with installation, the organization said. They have heating and cooling features and lock as soon as a baby is placed inside.

“The seed was in people’s minds. … We need to do this,” Auburn Mayor Mike Ley said about the project. He said production of Auburn’s box was delayed until this summer by the COVID-19 pandemic.

“We’re here to save lives, and this just one more step that we as firefighters can help to prevent some tragic loss,” Auburn Fire Chief Michael VanZile said about placing the box at Station No. 2.

Auburn Church of the Nazarene Associate Pastor Mark Mahoney, whose mother was abandoned as a newborn, said a blessing for the box.

Linda Znacho of Indianapolis, founder of heknowsyourname.org, spoke on behalf of Safe Haven Baby Box founder Monica Kelsey of Woodburn, who could not attend due to a family emergency.

“It’s her heart’s passion — that is the reason we’re here today,” Znacho said. She related that Kelsey started Safe Haven Baby Boxes after learning that she was abandoned as an infant.

“She believes that innocent babies need to be saved,” Znacho said.

More than 78 babies have been surrendered in the Baby Boxes.

The organization’s 37th box was dedicated Thursday at a fire station in Kendallville. The first box was installed in 2016. Other nearby Safe Haven Baby Box locations are at fire stations in Angola, Woodburn and Decatur and at Ohio hospitals in Hicksville, Van Wert and Defiance.

Indiana’s 2000 Safe Haven Law allows parents to anonymously surrender their healthy newborns 30 days or younger without fear of criminal prosecution at any fire/EMS station or hospital.

Znacho told Friday’s dedication audience in Auburn that an infant’s footprint in a logo on the Baby Box is that of “Amelia,” who died when she was abandoned at birth by her mother in Indianapolis in 2014.

“After a brave mother chooses to safely surrender her baby, she gives her child an future with a forever family. She gives her baby love and hope, and she says ‘Your life matters,” Znacho said.

Znacho called the box “a lifesaving option for at-risk babies and at-risk women” and “a birthday waiting to happen.”