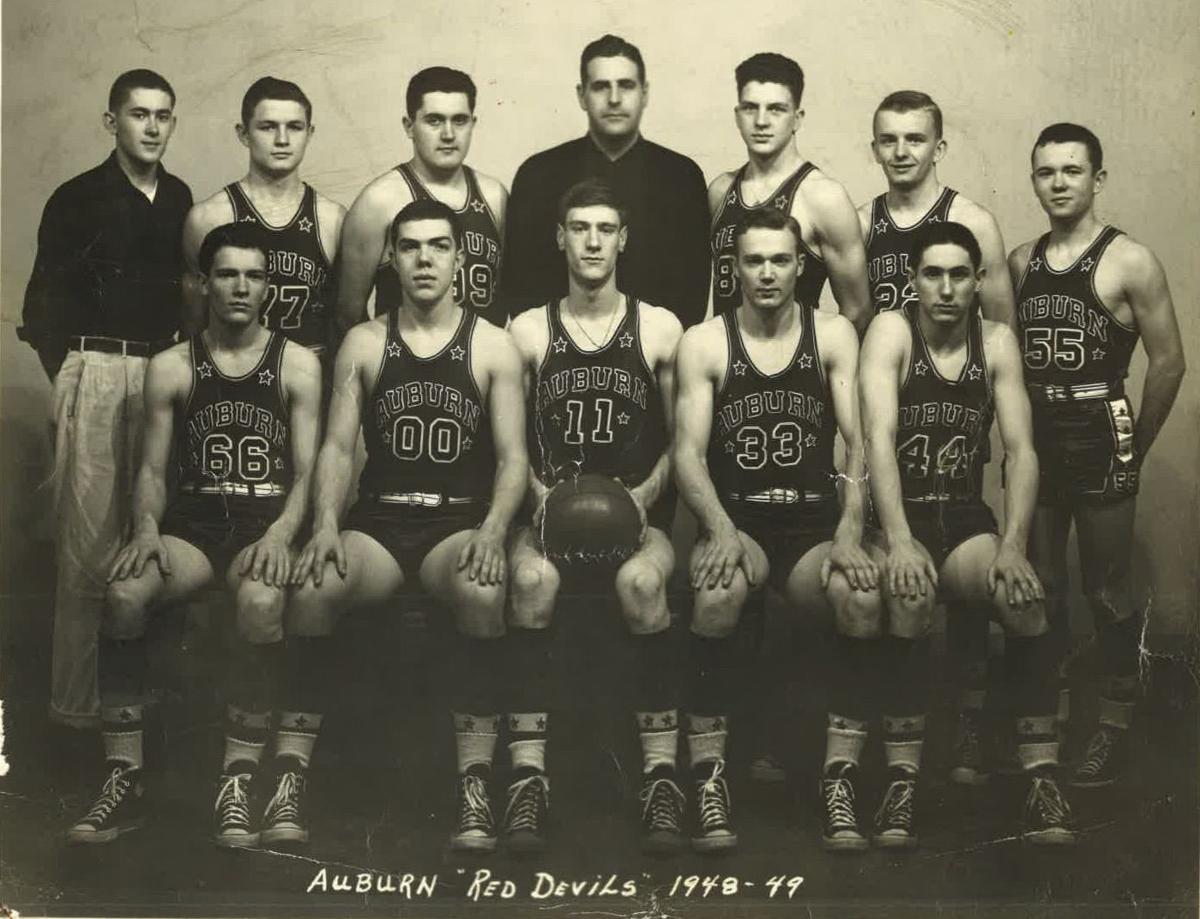 The Auburn High School Red Devils basketball reached the state finals in 1949. Roger Wertenberger (44) is at far right in the front row. 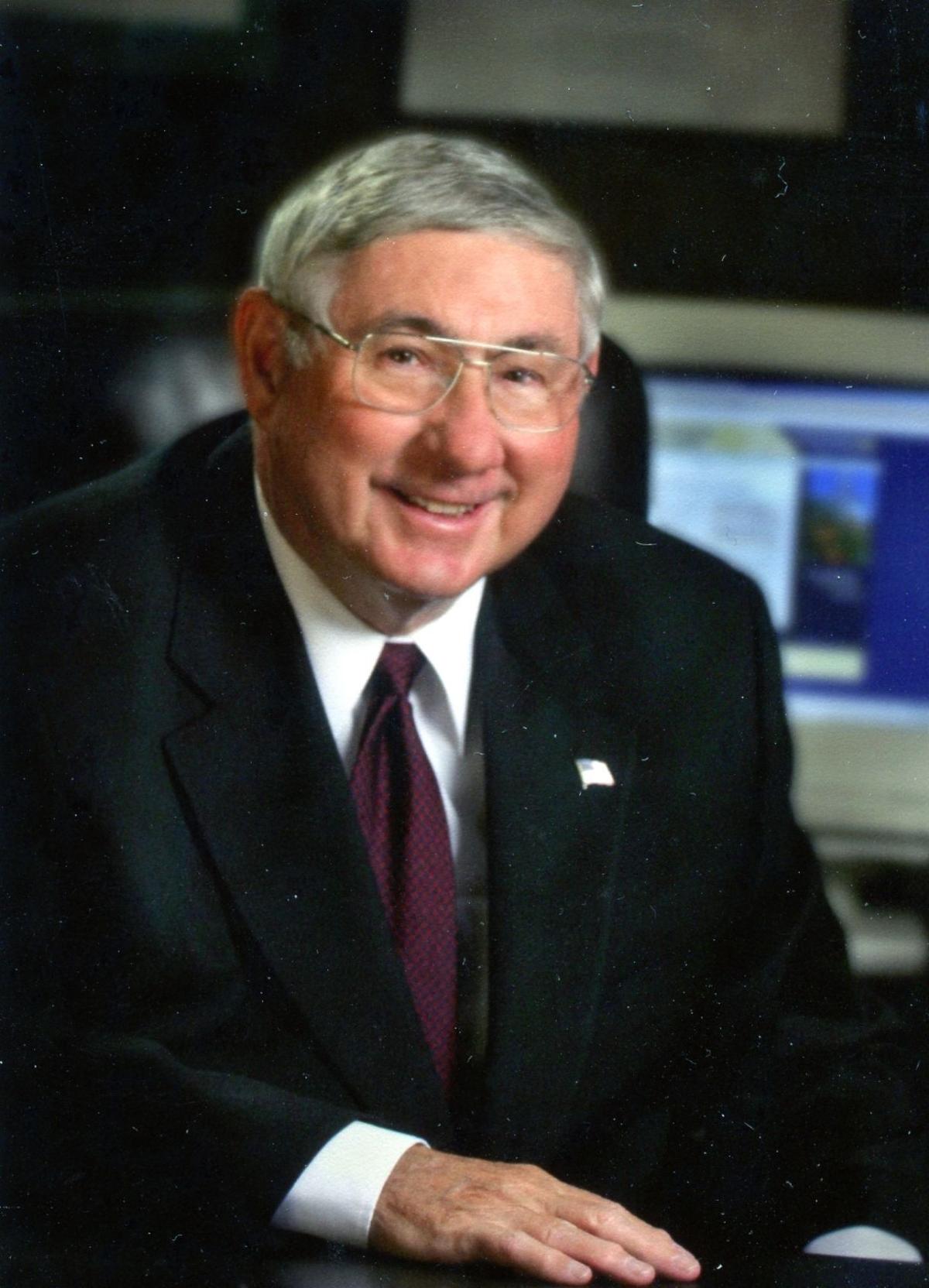 The Auburn High School Red Devils basketball reached the state finals in 1949. Roger Wertenberger (44) is at far right in the front row.

AUBURN — As a young man, Roger Wertenberger became a basketball hero. He spent the rest of his life as a champion for his community.

Wertenberger died Sunday at the age of 88 after a lifetime as one of Auburn’s leading and most respected citizens.

As a high-school junior, he helped lead the Auburn High School Red Devils to the state finals in boys basketball. It would be 54 years before another team from the community matched that feat.

“We were a country school. We had less than 300 enrollment in Auburn High School at that time,” Wertenberger said on the 50th anniversary of the team’s finals run. To get to the final four, Auburn had to beat Fort Wayne’s best squads and then upset favored New Castle in the semistate championship game at Muncie. Auburn won 45-43, led by Wertenberger’s 18 points.

But something did go wrong. Wertenberger caught the flu and lay in bed all week before the finals. Auburn took a fourth-quarter lead against Jasper, but couldn’t hold it and lost 53-48 in the semifinal round.

“We came close to Jasper. We just didn’t have a good ball game that day,” Wertenberger said. Jasper won the state championship that night.

Their state finals loss didn’t hurt the Red Devils’ status as local heroes. Four thousand people welcomed them home for a mile-long parade and speeches at the DeKalb County courthouse square in downtown Auburn. Schooley, who died in April of this year, went on to become a member of Indiana University’s national championship team in 1953.

After graduating from high school in 1950, Wertenberger enrolled at Michigan State University to join its basketball team, then served three years in France with the U.S. Air Force. He had ideas about becoming a teacher and coach, but his father, Robert, who was president of Peoples Savings & Loan in Auburn, encouraged his son to try banking.

Peoples Savings & Loan had started business in Garrett in 1925. It later moved to Butler, where it was operating in 1938 when Robert Wertenberger arrived as its new president. He saw a better future for the bank in Auburn, so he moved the office to the Commerce Building on the east side of Auburn’s courthouse square.

Roger Wertenberger became only the fifth employee of Peoples’ when he came home in 1954, studied accounting at Tri-State University in the mornings and worked at the bank in the afternoons.

Two years later, Robert Wertenberger died of a heart attack. A board member of the company, prominent Butler attorney Clark Springer, sat down with Roger, only 24 at the time, and told him, “I think you can run this bank,” Wertenberger said. He found himself the youngest president of a financial institution in Indiana.

It would take a few years before Wertenberger began the steps that would transform Peoples into a major regional institution. First, the company opened a second branch in Garrett in the late 1960s.

By 1970, Peoples had purchased the former site of the First United Methodist Church at 7th and Van Buren streets, on the west edge of Auburn’s downtown district. Peoples built a handsome, spacious headquarters on the strategic location, opening it in 1972.

“A couple of my banking friends said, ‘You’re crazy!’ I said, ‘It’s going to work out. Don’t worry about it.’” Wertenberger recalled.

The company needed a change from its cramped quarters, he explained.

“We didn’t have any drive-ups. We were landlocked. We were standing all over each other,” he said.

When the new office opened, Peoples instantly enjoyed the best parking situation among its local competitors, Wertenberger said. It would outlast them all.

The early 1980s brought “an unbearable time to be in the business” as interest rates soared to unimaginable levels, Wertenberger said. But as other banking institutions struggled to stay above water, it gave Peoples the opportunity to acquire Auburn Federal Savings & Loan in 1982, instantly doubling the company’s size. A merger with First Federal Savings & Loan of Kendallville followed in 1990.

Peoples became a publicly traded stock company in 1987, adding to its financial strength. Over the next quarter century, it would continue to spread, merging with Three Rivers Financial Corp. of Michigan in 1999.

By the turn of the century, the institution that had $4 million in assets and a tiny office in Wertenberger’s first year had grown to 130 employees, with 15 offices and assets of about $500 million.

“Our postage bill is bigger than our total budget when I started,” Wertenberger said with a chuckle at the time.

Throughout the rapid expansion, Wertenberger worked to keep the small-town touch in Peoples.

“Our philosophy is still the same, and I hope it stays that way for at least my lifetime, because I’d hate to see it any other way,” he said in 2004 on his 50th anniversary in banking. “It’s just hometown philosophy: Take care of the people around here that you work with and go to church with, break bread with, have a drink in the bar with. That’s my philosophy.”

Thanks in part to knowing the customers, “We didn’t make many bad loans,” he added. When borrowers did run into difficulty making loan payments, the bank worked to help them get back on their feet.

Wertenberger had stepped down as Peoples’ president in 2000, turning that role over to his son-in-law, Maurice Winkler, and he retired as chairman of the board in 2006. Over Wertenberger’s 52 years in leadership, the bank’s assets had grown by more than a hundred times. The story of Peoples reached a conclusion in 2015, when it was purchased by Horizon Bancorp for $73 million.

In the year 2000, at Peoples’ 75th anniversary luncheon, Wertenberger was honored as the recipient of a Distinguished Hoosier Award.

At the ceremony, Richard Shankle of the bank’s staff described Wertenberger as a civic leader who had given his personal and financial support to many local organizations. An obituary detailing Wertenberger’s major accomplishments appears on page A4.

State Sen. Robert Meeks, who presented the award, recalled how Wertenberger had given him a loan to buy his first house in 1960. Then-state Rep. Dennis Kruse, now a state senator, said Wertenberger had done the same for him.

“I wish I’d kept track of how many folks I helped buy a house,” Wertenberger mused in 2004, marking his 50th year in banking. On that occasion, he described how the bank still maintained its hometown style, helping an 82-year-old man who couldn’t pay his property taxes that year.

“His bank had turned him down. He didn’t meet the criteria for that type of loan, even though he owned his house free and clear and had Social Security income,” Wertenberger said. Peoples loaned the man $2,000.

“We got a new customer out of that,” Wertenberger said. “We’d known the man for 50 years and had no problem at all getting him taken care of. That’s the kind of things you can do in a small town. You can deal with the people on a personal basis.”