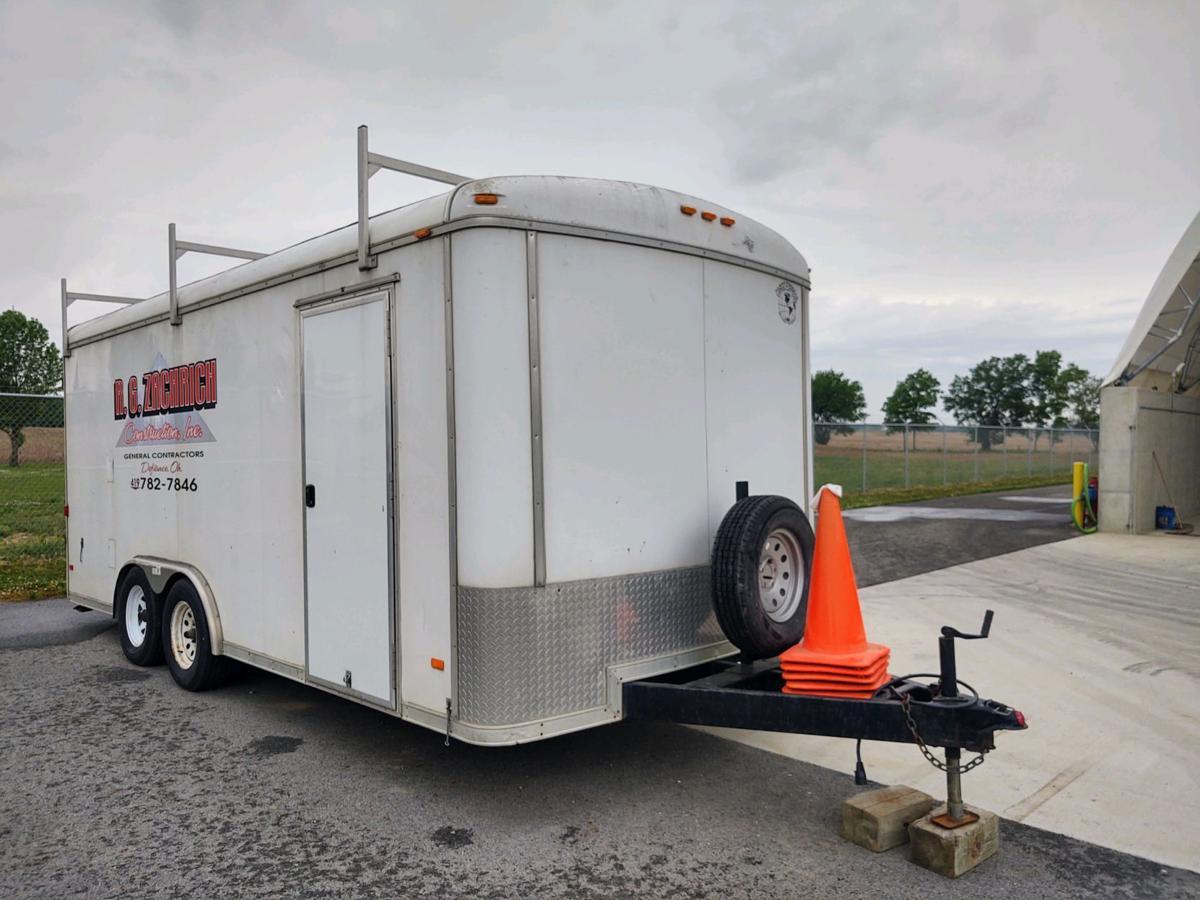 This R.G. Zachrich Construction Inc. trailer was stolen before dawn May 28 from the site of the Spencerville Covered Bridge repair project. It was found Thursday in Fort Wayne. 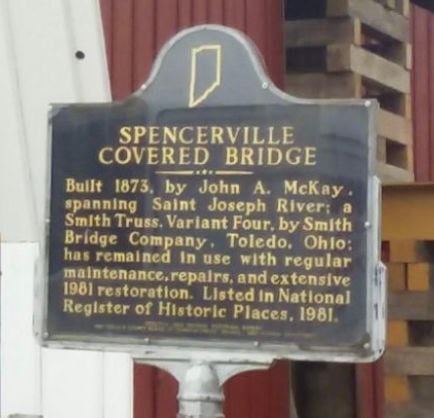 The Spencerville Covered Bridge historical marker was inside a construction trailer that was stolen May 28. The trailer has been found, but the sign remains missing.

This R.G. Zachrich Construction Inc. trailer was stolen before dawn May 28 from the site of the Spencerville Covered Bridge repair project. It was found Thursday in Fort Wayne.

The Spencerville Covered Bridge historical marker was inside a construction trailer that was stolen May 28. The trailer has been found, but the sign remains missing.

The trailer was missing most of its contents of specialized tools and a historical marker.

Fort Wayne Police Department officers found the trailer Thursday around 6 p.m. in the 2800 block of Nuttman Avenue on the city’s southwest side, Cserep said.

The trailer is in good shape, and Indiana State Police crime-scene investigators were examining it Monday, hoping to find fingerprints, he said.

“We still have a lot of folks out there working” on the case, Cserep said.

“We’re still hopeful that we can find the rest of the tools. They’re very specific,” Cserep added. “We’re hopeful nobody will accept that plaque for scrap.”

The trailer, owned by R.G. Zachrich Construction of Defiance, Ohio, and filled with tools and equipment for repairing the covered bridge, was stolen from the construction site before dawn on May 28, from its parking spot on the west approach to the historic bridge east of Spencerville.

Surveillance video shows at least one person arriving around 3:30 a.m. and driving away with the trailer at 3:38 a.m., said DeKalb County highway superintendent Ben Parker.

A person familiar with the project said the morning of May 28 was the first time the trailer could have been stolen. Until the previous day, it was surrounded by heavy construction machinery that prevented its removal.

The 1873 wooden bridge over the St. Joseph River has been closed to traffic since October 2018, when a routine inspection discovered moisture damage to its support timbers.

After several delays, caused by discovery of unexpected problems with the structure, the bridge was on track to be open by the end of this month. That date now is in question, although repair crews have been able to continue some tasks without the stolen tools.

Cserep credited the Parker’s Towing service for waiving its fees for recovery of the stolen trailer.