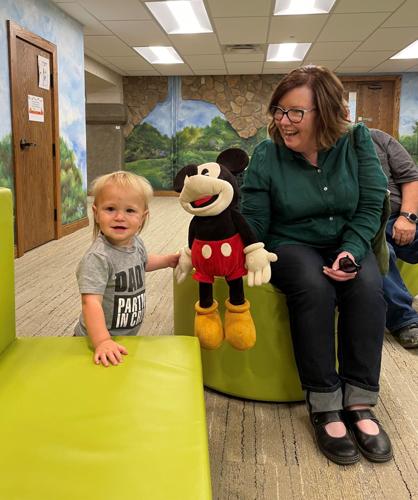 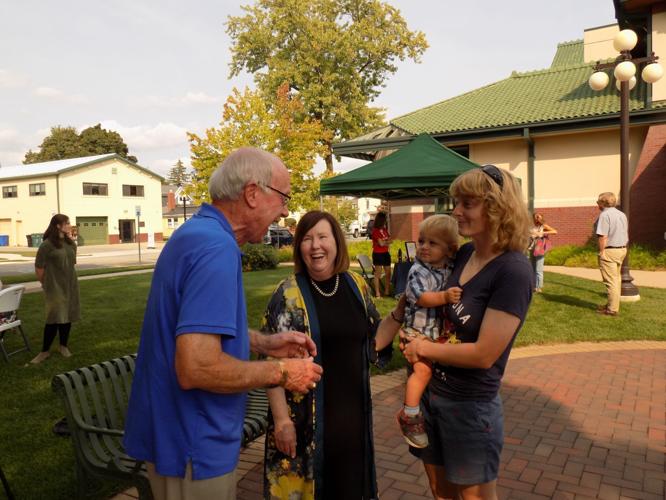 Graber has served as the library’s executive director for the last 30 years. Katie Mullins was named as Graber’s successor earlier this year. Graber’s official last day will be Sept. 30.

Last month, the conference room in the children’s library was officially dedicated to Graber and her family during an unofficial ceremony.

The library, built in 1910, has maintained its listing on the National Register of Historic Places through two major construction projects, both of which occurred during Graber’s tenure. The library raised $11 million in a capital campaign following a 2017 arson fire.

Graber became executive director in September 1992 with the intention of seeing through an expansion and renovation of the library to become more accessible and increase its size from 3,500 square feet to 15,000. The project was successfully completed in May of 1996. The adjoining park and historic fountain were restored in 1997, with no debt incurred.

From 2002-2009, the library campus expanded to include the Willennar Genealogy Center, an administrative annex, the Teen Library, a remodeled children’s area and a parking lot. An award-winning centennial celebration was held in 2010. In 2016, the library again renovated its historic cast iron fountain.

Overnight on July 2, 2017, a lit firework was placed into the library’s book drop, and the ensuing explosion caused a devastating fire inside the library. The library resumed operations only days later in a temporary location.

In mid-March 2020, the COVID-19 pandemic forced the historic main library building to close to the public just hours after its long-awaited reopening from the fire renovation.

The library navigated the impact of the COVID-19 pandemic by continuing to offer responsive library services to the community, including virtual access to its digital resources and services, adding curbside pickup, and expanding doorstep deliveries. The library also became fine-free as a result of the pandemic.

“I’m excited about the future of the library under executive director Katie Mullins’ direction,” Graber said.

“It will continue to be a thriving community hub for learning, continuing to be responsive to our community.”

Graber commended the entire library staff and board of trustees for their talents, hard work and vision. Currently there are nine master librarians on library’s staff.

“I’m proud to have worked with so many wonderful people,” She added.

She said her goal, in leaving her library post, is to know that she was “a good and faithful servant. That has always been my goal in life.”

Graber said her co-workers and library patrons are what she will miss the most.

“Now I get to be a real patron and bring our grandson to Storytime,” she said with a smile.