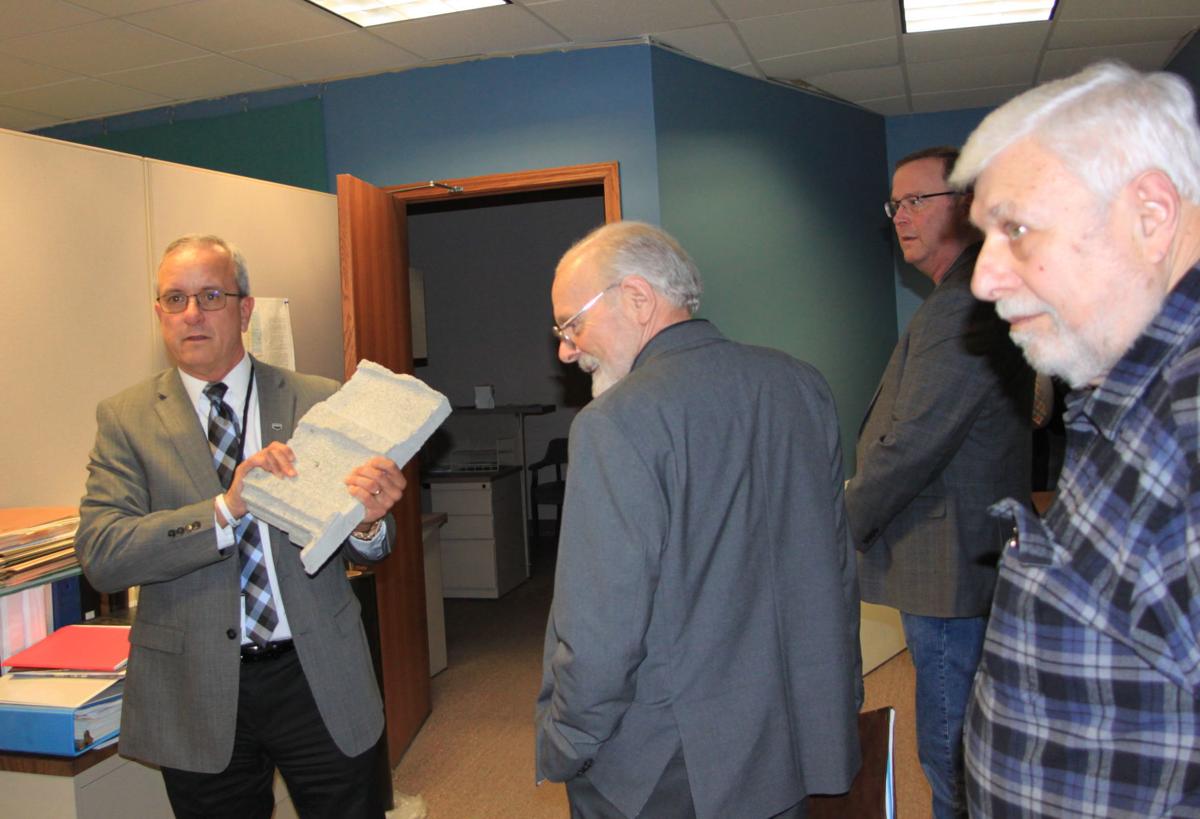 Leading city councilmen on a tour of the east wing of Auburn City Hall, Mayor Mike Ley shows a piece of concrete block that broke away from an interior wall due to settling of the building. 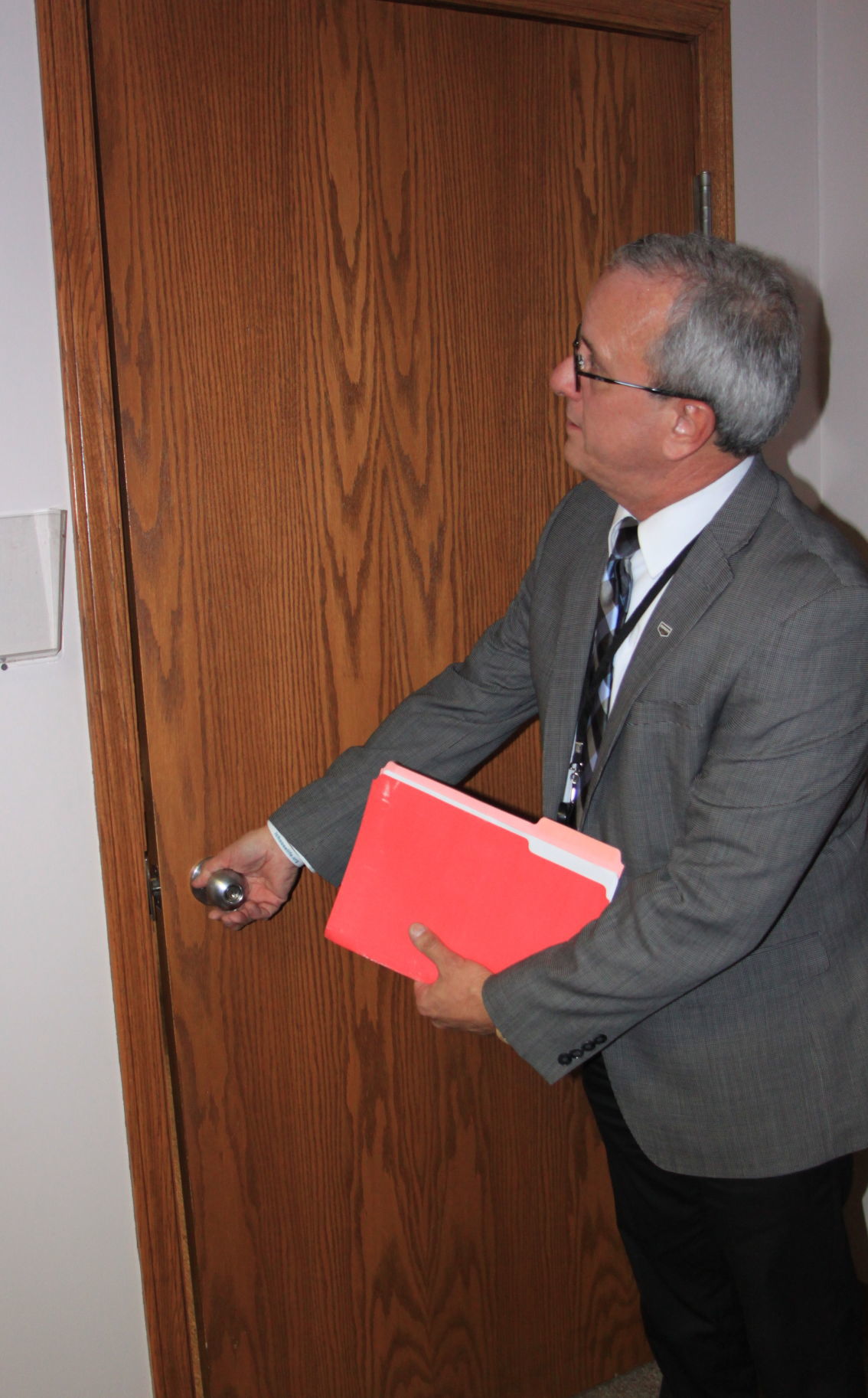 Auburn Mayor Mike Ley demonstrates how settling of City Hall has made it impossible to latch his office door.

Leading city councilmen on a tour of the east wing of Auburn City Hall, Mayor Mike Ley shows a piece of concrete block that broke away from an interior wall due to settling of the building.

Auburn Mayor Mike Ley demonstrates how settling of City Hall has made it impossible to latch his office door.

AUBURN — When new Auburn Mayor Mike Ley says the door to his office always is open, he means it literally.

Ley can’t close his door, because settling of City Hall has left a wide gap between the latch and the frame.

A few feet away, Ley can shove a newspaper section through a space between the wall of his office and the floor.

Ley showed those problems and more to Auburn Common Council members Tuesday night, explaining the need to rebuild the east wing of City Hall that houses his office and the quarters of the clerk-treasurer and utility billing staff.

“This will sell itself,” Ley promised council members before leading them on a tour of problems he found upon moving into City Hall three weeks ago.

He said nearly the entire floor of the east wing of City Hall has settled by one-half inch to 1 1/2 inches.

In some places, the settling has left a gap between walls and the floor. In others, sinking walls have pulled down the suspended ceiling tiles.

In the most dramatic example of damage, the pressure from settling caused a concrete block to fall from the wall of a room the city uses as a safe for storing records.

The mayor, clerk and council meeting chambers occupy a section of the building that served for decades as Auburn’s fire station. It was remodeled into offices in 1990-91.

Now, Ley said, “It’s probably going to require removing the entire slab after we demo every wall in there.”

He added, “I don’t see signs of structural settlement, but that may not be visible yet.”

Ley said he will ask the city’s Board of Public Works and Safety to send out requests for engineering firms to develop plans to stabilize and remodel the office wing.

“I would like to hire a firm by the middle of February,” then advertise for construction bids in late May or early June, Ley said.

“If things came into play, I would like to see construction in late June or early July,” he said. However, he added, that could depend on the availability of contractors, who may have their schedules mostly filled for this year.

Ley did not offer an estimate of the cost for remodeling. He said soil borings will be needed to determine the causes and severity of the problem. The building could require more than a new concrete slab.

During construction, the mayor’s, clerk’s and utility billing offices would have to find temporary homes for 5-6 months.

The council’s meeting room, in the westernmost portion of the wing, shows only minor signs of damage from settling. However, the meeting chambers could use a facelift, along with a lobby and restrooms, Ley said.

“Since we’re going to gut the place, the layout could be totally different” when finished, to make the offices more efficient, he added.

“We may want to go take a look … on the second floor that’s unfinished storage. It’s just jammed to the ceiling with records and files and stuff,” he suggested, saying the upper floor could be made more useful.