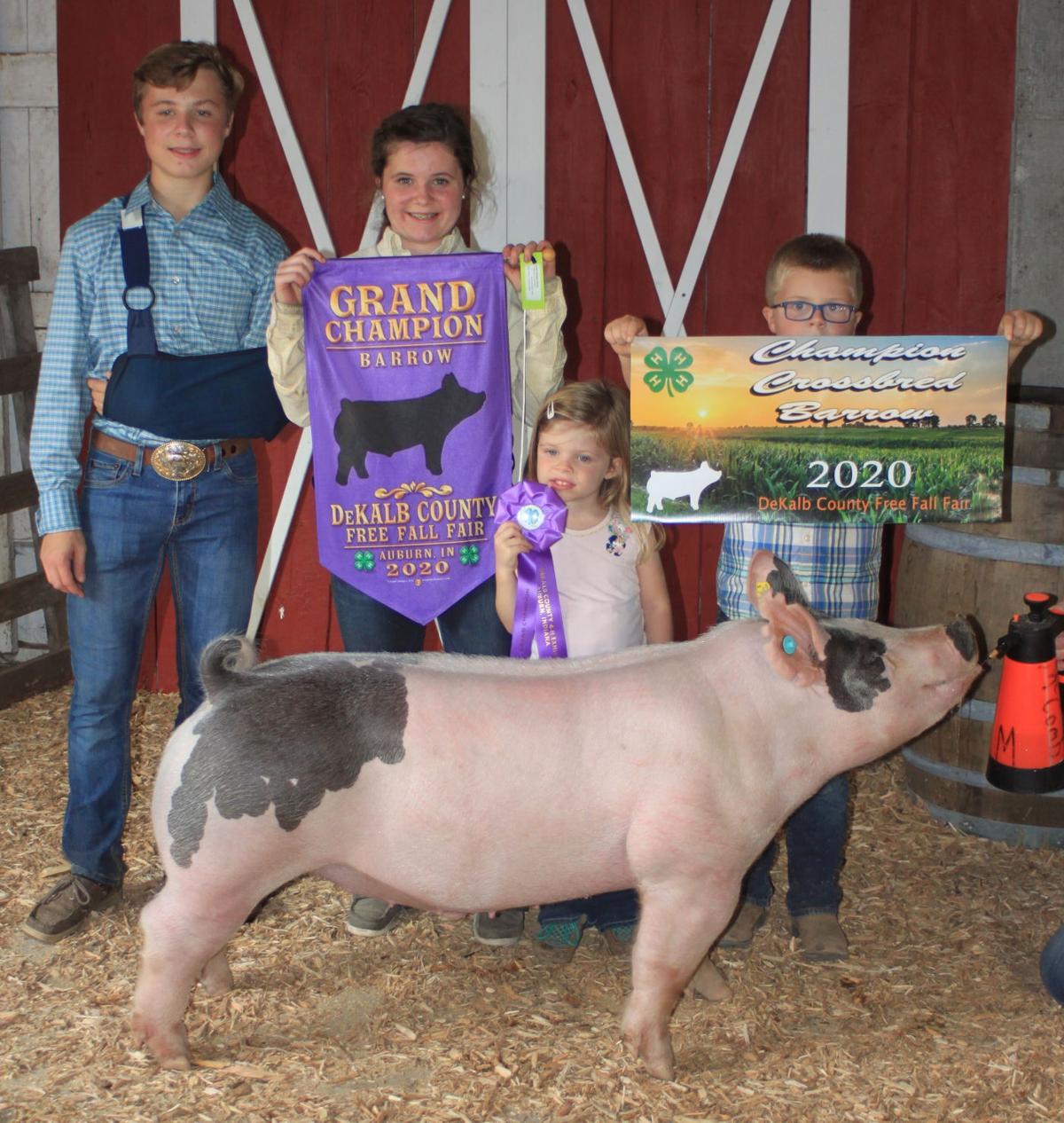 Bree McComb of rural LaOtto, second from left, and her siblings show her grand champion barrow after judging in Saturday’s 4-H Swine Show at the DeKalb County Fairgrounds in Auburn. 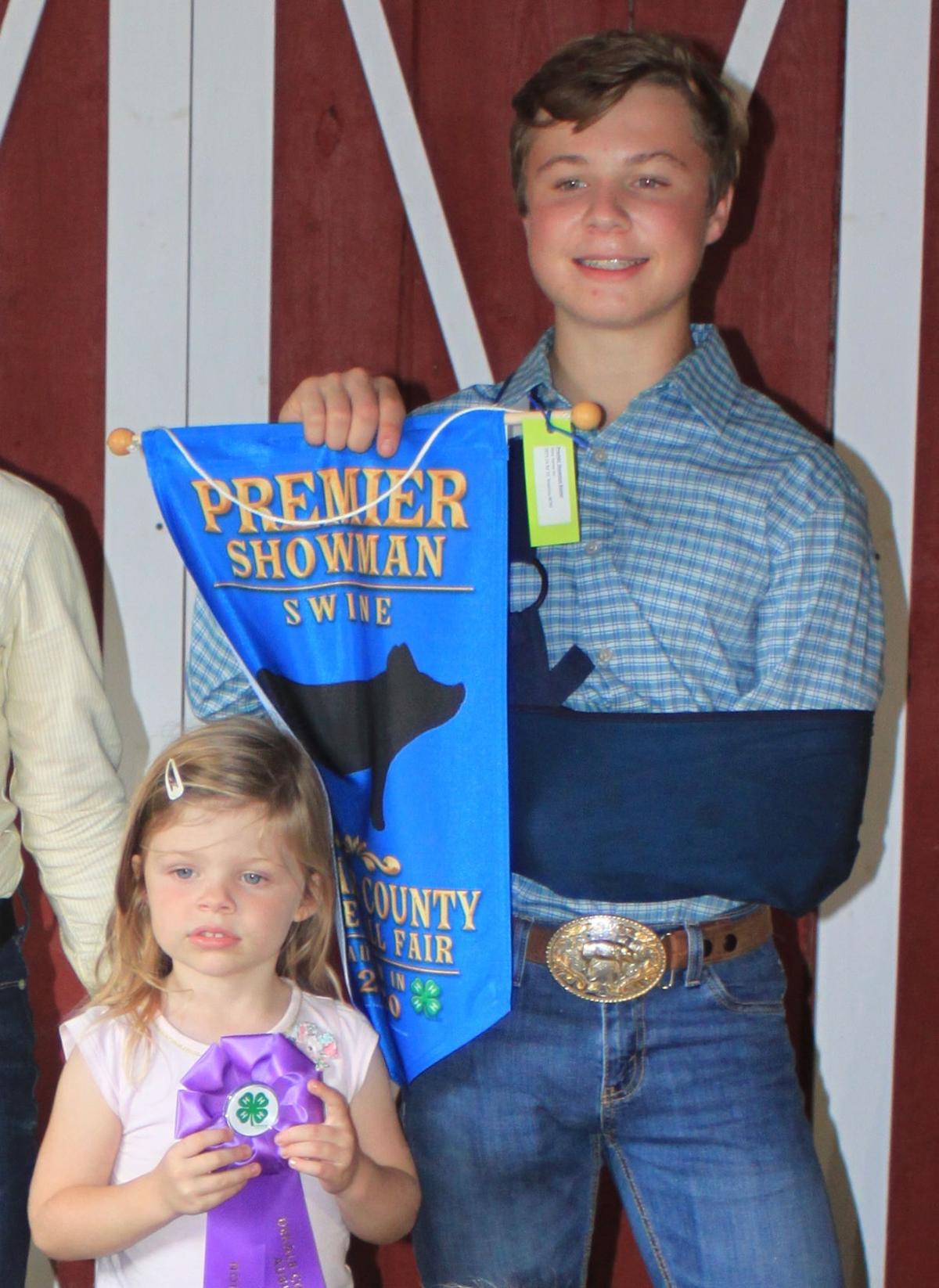 Bree McComb of rural LaOtto, second from left, and her siblings show her grand champion barrow after judging in Saturday’s 4-H Swine Show at the DeKalb County Fairgrounds in Auburn.

Bree McComb, a 7th-year 4-H’er, showed the grand champion barrow hog. Her older brother, Keegan, 17, won the title of premier swine showman for the second year in a row.

Now, the family will share in its success. Parents Brian and Lori McComb said proceeds from the sale of Bree’s grand champion in a virtual 4-H auction will be donated to the family of Jake Clifford, a Garrett High School assistant principal who died unexpectedly last week. Both Bree and Keegan McComb attend the school.

In Saturday’s competition, Keegan McComb might have become the first 4-H’er to win a premier showman award with one arm in a sling. He broke his collarbone the previous weekend while playing hockey in Louisville.

McComb credited his younger sister for her cooperation.

“We actually switched pigs a week ago, and I was showing her pig,” which is more mild-mannered and easier to control with one arm, in the showmanship round, he said.

Bree McComb said the judge liked the muscling and shape of her grand champion, which advanced to the final round by winning the title of champion crossbred barrow.

“We walk him morning and night. We walk him before school, and right after school, we’re out in the barn,” she said. “We do laps, like we’re in the ring.”

Bree McComb said she expects someday to go into an agriculture business working with animals. Keegan, a high school senior, aims to study at Purdue University toward a pharmacy degree.

AUBURN — With the DeKalb County Free Fall Fair canceled this week, the 4-H program is conducting its annual livestock shows in a limited format.

The schedule calls for only one livestock show each day, with participants bringing their animals to the DeKalb County Fairgrounds only on the day each species will be shown.

All 4-H shows are closed to the public.

The remaining schedule, with starting times and expected duration: