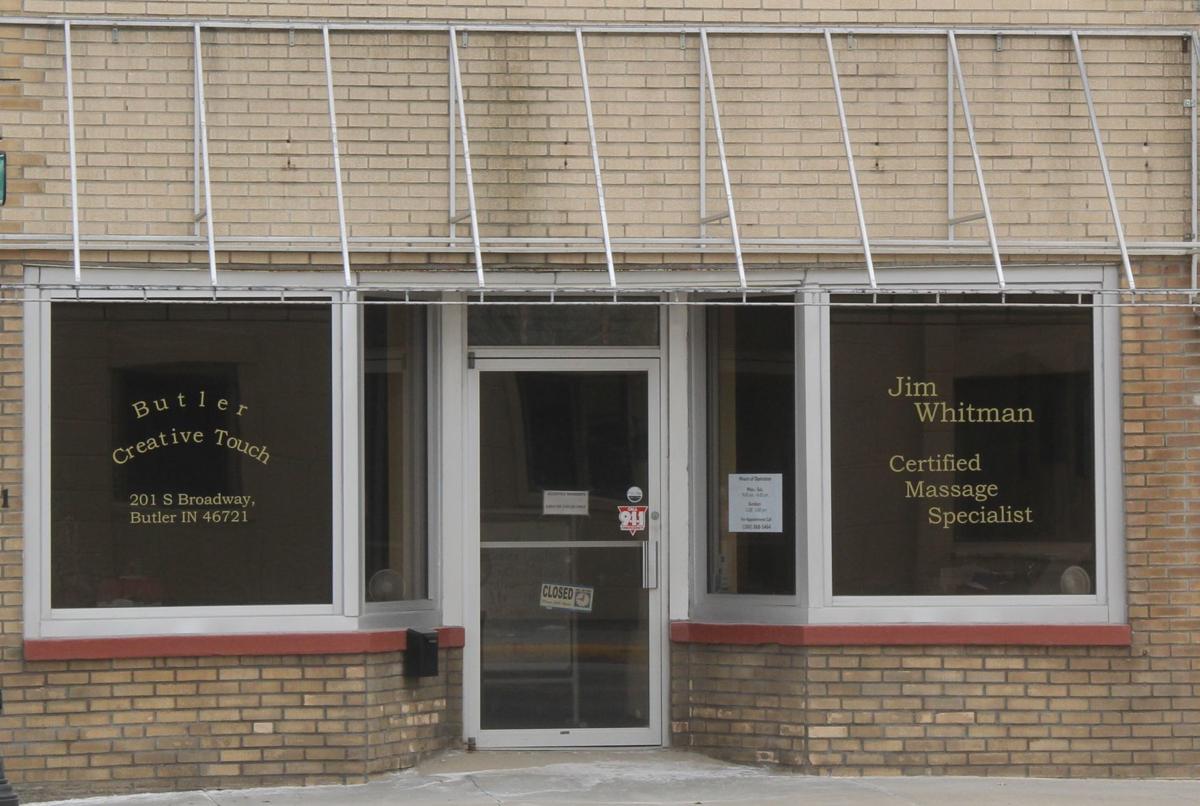 This is the storefront location for Butler Creative Touch where business owner James “Jim” Whitman is alleged to have committed a rape earlier this month. Whitman was arrested by Indiana State Police Wednesday. 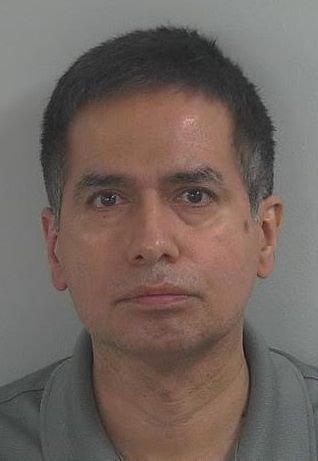 BUTLER — A Butler massage therapist accused of rape told police he “allowed his sexual arousal to make him become unprofessional,” according to a police affidavit filed Wednesday in DeKalb Superior Court I.

James “Jim” Whitman, 57, of the 300 block of North Park Lane,is charged with “rape when the victim is unaware of the defendant’s actions,” a Level 3 felony.

During Thursday’s initial court hearing for Whitman, DeKalb Superior Court I Judge Kevin Wallace entered a preliminary not-guilty plea on Whitman’s behalf, scheduled a pre-trial conference for March 9 and set bail for his release in the amount of $20,000. As a condition of bail, Whitman must have no contact with the alleged victim in the case.

On Whitman’s request, Wallace appointed the public defender’s office to represent Whitman, who described himself as self-employed. Whitman told Wallace that because of the circumstances, he would not be keeping his business open, and so he has no source of income.

The Indiana State Police began investigating Butler Creative Touch Massage, owned by Whitman, after a female made an allegation of nonconsensual sexual activity when she was receiving a massage earlier this month, a news release said. During the investigation, another female came forward to provide information that she experienced a similar event at the Butler Creative Touch Massage two years earlier.

Detectives conducted a voluntary interview with Whitman, the alleged perpetrator of the sexual activity. Police said the investigation showed Whitman has practiced massage therapy for longer than 10 years in Butler. He is not licensed through the State of Indiana, but holds a certificate from the Center for Vital Living School of Massage Therapy, police said.

Whitman was taken into custody by Indiana State Police detectives around 3:30 p.m. Wednesday without incident. He was transported to the DeKalb County Jail in Auburn, where he was booked into custody and awaited an initial hearing, which took place Thursday afternoon.

According to the affidavit filed by Indiana State Police Detective Jake Quick, the alleged incident took place Jan. 4. The alleged victim told police she had been going to Butler Creative Touch Massage to receive massages from Whitman over the past two years and had been at the business to receive a massage on that date.

Before the massage, she spoke with Whitman about areas of concern, which included her diaphragm and pectoral muscles, the affidavit said. The woman’s physical therapist recommended that she suggest these areas be worked on by Whitman, according to the affidavit.

The woman told police that during the massage, Whitman began rubbing areas of her body that she thought were outside the area of a normal massage and, without warning, inserted his fingers into her body, the affidavit said. She told police it happened very quickly and she was shocked, jumped up from the bed and told Whitman she had to leave, according to the affidavit.

Police also spoke with another woman who had received massages from Whitman in the past. She disclosed that she had had a similar experience with Whitman in April 2017, the affidavit said.

According to the affidavit, during a police interview on Jan. 21, when talking about the massage he gave to the woman earlier this month, Whitman said he had made some “mistakes” and admitted to “becoming aroused as a man.” He told police he was wrong for what he did and that he “allowed his sexual arousal to make him become unprofessional.”

He told police that everything the woman disclosed was true and that he was sorry for what happened, the affidavit said.

When asked about the alleged incident in 2017, Whitman confirmed that woman had been his client in the past, but denied that he had touched her inappropriately, according to the affidavit. He told police it had been two years since he had seen that woman and that he could not remember the massages he gave her, the affidavit said.

A story that appeared in KPC publications in 2014 said Whitman had performed massages since 2007. He established his downtown business in 2014 at 201 S. Broadway, in the former City of Butler utility office.