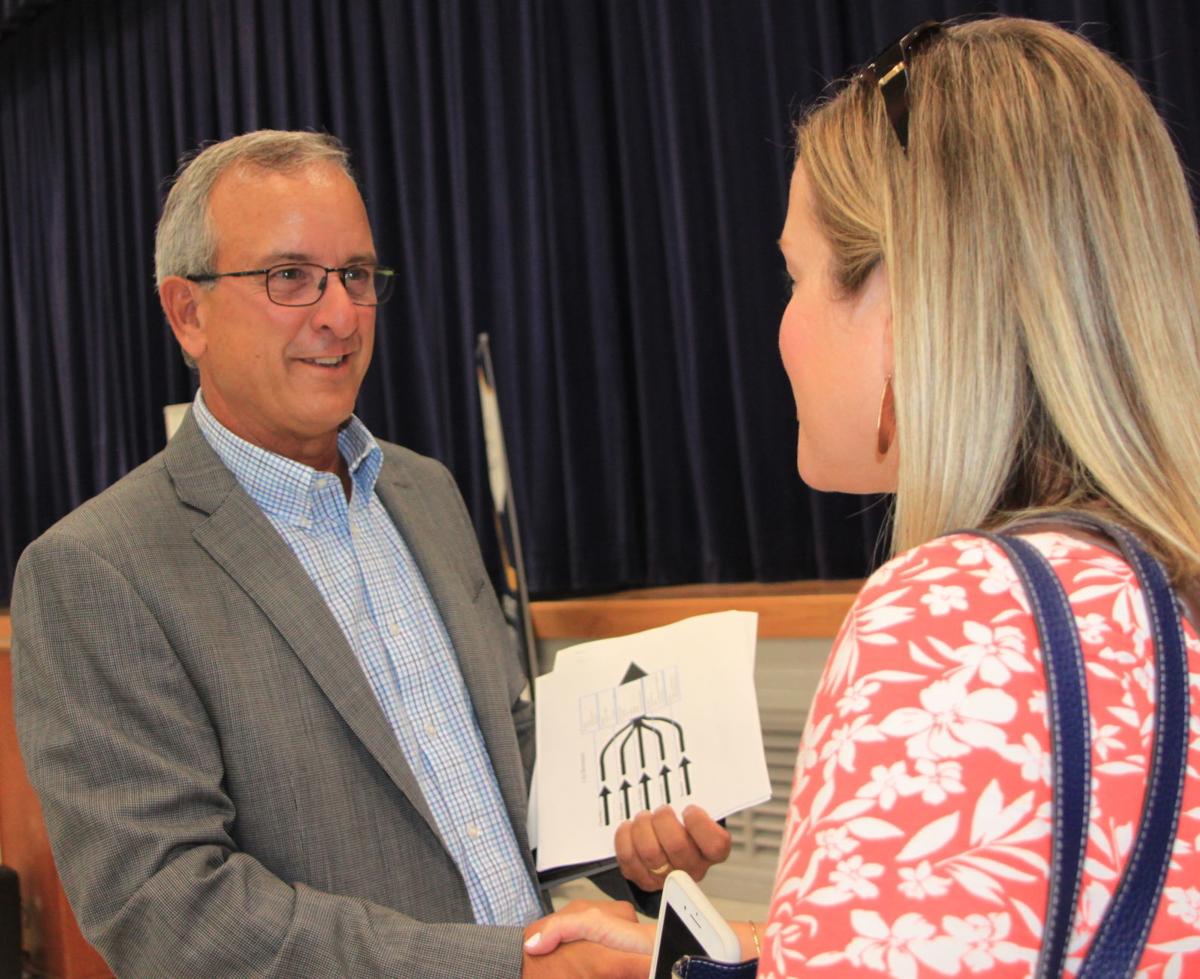 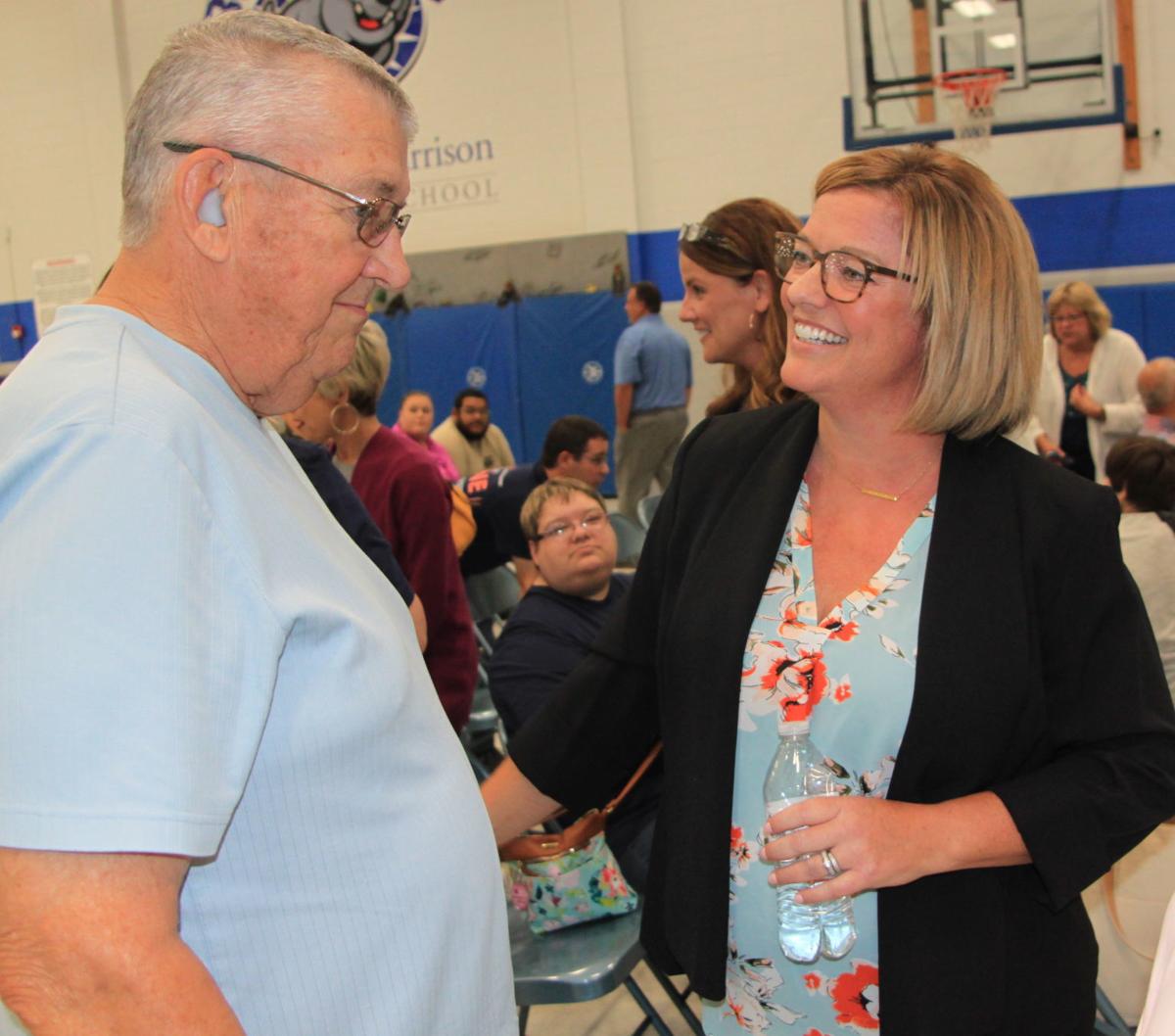 AUBURN — Candidates for mayor of Auburn emphasized their experience and laid out their plans in a forum Monday.

Ley and Payne will oppose each other in the Nov. 5 city election, which sees the first contested race for mayor since 1999.

Monday’s event did not feature questions for the candidates. Payne mentioned that in her opening remarks.

“I do hope that we have time to meet again. I’d love us to do a town-hall-style debate,” Payne said. “In the spirit of the original intent of this event, I do plan to answer a couple of the questions” that community members suggested to the chamber.

One of those questions asked what the candidates would do with $1 million in unrestricted money. Ley said he would use it to fix the city’s sidewalks.

“Our sidewalks are in terrible condition,” Ley said, adding that it was the topic mentioned most often in focus groups he conducted with local residents.

Ley said he and his and wife, Sara, have a son-in-law who uses a wheelchair.

“We understand what public access and movement through a city, through a building, means to our family,” he said.

Beyond sidewalks, he said, “We do have some things we really need to take care of.” He asked, “How many of you are aware that in our downtown and the surrounding area downtown, our water mains are over 100 years old?”

If elected, he said, “The first thing we would do is sit down and create a plan: How are we going to replace those water mains?”

The city’s master plan is 30 years old, Ley said. Writing a new one could involve two new groups he proposes.

“The very first thing I’ll do, day one,” he said, would be to form a citizens academy and youth advisory council.

He said those groups would be “a stepping-stone to bring our youth into adulthood, our adults into our community, adults into our government, so that we may have a diverse group of people in the decision-making process in Auburn.”

In running the city, Ley said, “We will seek opinions. We’ll ask people to come to us with opinions, and we’ll take those opinions and use them.”

Ley said most of Auburn’s smaller neighborhood parks “have somewhat been neglected,” adding, “I would propose that we … develop each park with a special feature — unique feature.”

Ley identified a need to improve DeKalb County’s median household income, which he said at $56,430 ranks eighth among 11 counties in northeastern Indiana

He prescribed a “collaboration of churches, nonprofits, government, business, education … all coming together to work on two or three systemic issues in our community that can build our citizens up.”

Ley said he would promote a citywide internship program, based on a statistic that students who do four internships have a 75% chance of returning to the community to work and live.

Ley closed by emphasizing his 15 years as Auburn’ top building and planning officials, eight of them working for the late Mayor Norm Rohm in the 1990s.

“I’ve sat in Mayor Rohm’s seat when he was gone,” he said. “I’ve sat next to him day in and day out. I know the job. I know what it takes to run the city. I know how to manage big budgets.”

“It’s time for more creative problem-solving and it’s time to welcome all voices at the table,” Payne said.

“We simply can’t take the old-fashioned approach of reacting to problems as they arise. We need to take a new approach. It’s a new day in Auburn, and it’s time that we’re more proactive,” she said.

“The very first thing we will do is include more voices,” Payne said. “Whether we’re talking to the recent college graduate or the new retiree, they all want to be more active in their community.”

Payne said the mayor appoints more than 40 people to various boards and commissions.

“These appointees are impacting our daily lives. Don’t we want them to represent our community more comprehensively?” she said.

“Placemaking really is the future of economic development,” Payne said.

She said millennials are seeking places that are bike- and pedestrian-friendly and socially connected, and baby boomers want easy access to amenities.

“We know that Auburn is uniquely positioned to take advantage of this opportunity,” she said.

Through agencies such as Brightpoint and the U.S. Department of Agriculture, “We can connect homeowners to the resources they need to help them make important home improvements like new windows, roofs and heating and air conditioning upgrades,” she said. “These programs will set Auburn apart for first-time homeowners.”

Payne said the city needs to improve its walkability. She said most homeowners don’t know about a program that helps with about half the cost of replacing a sidewalk.

“I will make sure that we better inform citizens of programs like these, but that’s not enough,” Payne said. “We know that we have neighboring cities right now that have programs to help homeowners finance their portion of these improvements, making them more attainable to all.”

Payne pledged to create a historic preservation commission to connect property owners with resources available to them.

“There are millions of dollars in grants out there just waiting for communities like Auburn that someone with my grant-writing and fundraising experience can use to make projects like these a reality, by maximizing our investments,” Payne said.

“My experience in the nonprofit world has given me expertise in innovative funding options including grants, tax credits and TIF districts,” she said. She mentioned her experience in working since 2015 on the Community Landing proposed along Cedar Creek downtown.

“We share a very bold vision for Auburn. By focusing on people, places and progress, we can be forward-thinking and not fall victim to the reactive approaches of the past,” Payne said. “The way I see it, the mayor should act as a conductor to empower, coordinate and connect leaders in this community.”