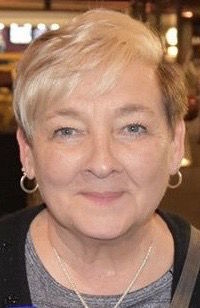 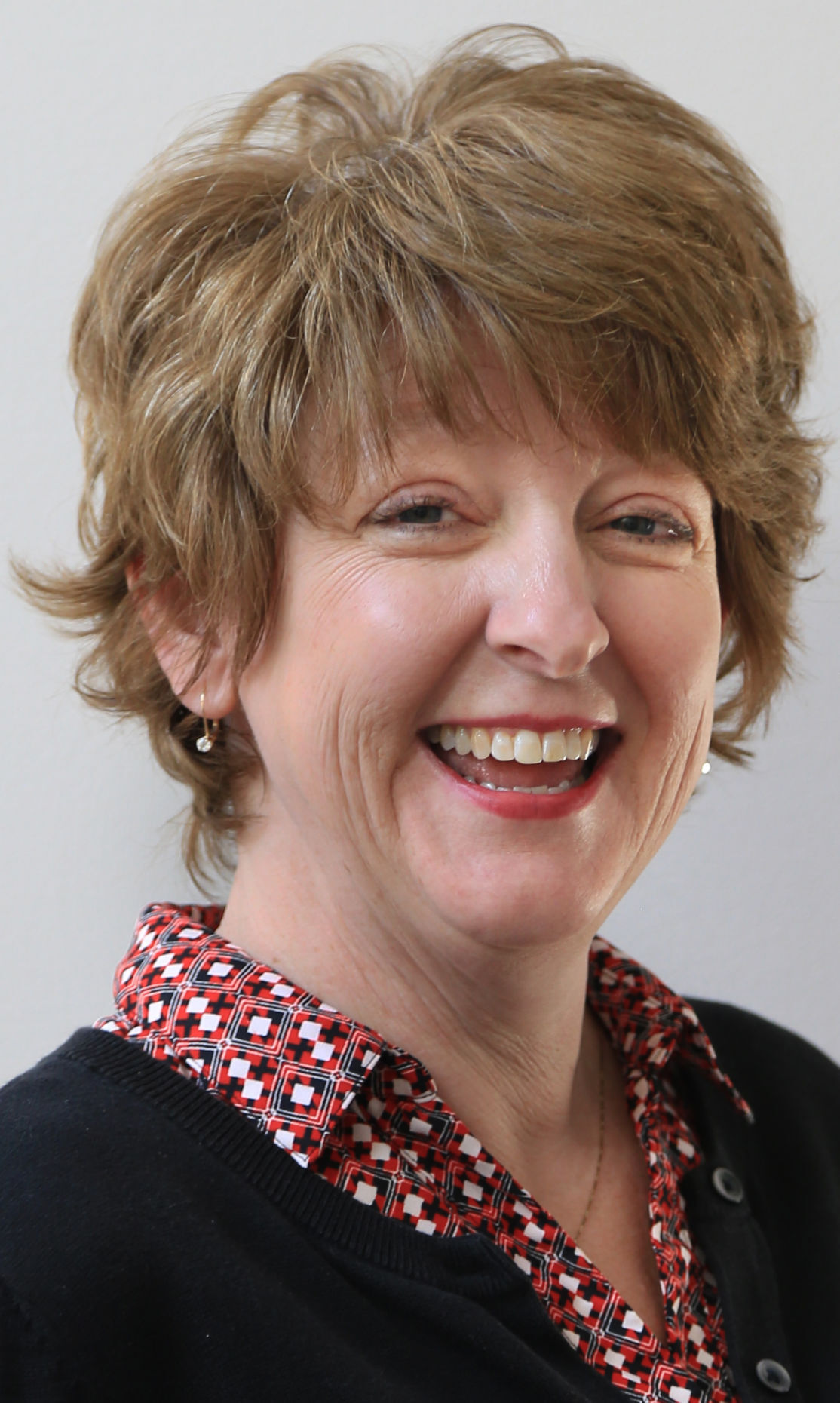 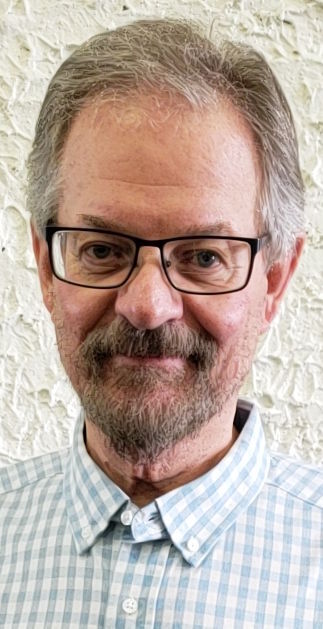 Council members serve four-year terms and are receiving a salary of $8,224 in 2020. The council’s seven members meet at least once a month to make decisions about county government budgets and spending.

Profiles of the candidates, in alphabetical order:

Grimm is completing her first four-year term on the council. She previously served eight years as DeKalb County clerk of courts. Before she was elected as clerk in 2008, Grimm worked nine years as voter registration deputy in clerk’s office.

Grimm said she now is “devoting her total time” to council duties.

“I would definitely like to continue working in the local government sector and working for our DeKalb County residents,” she said.

“Working as a clerk for eight years, it gives me an idea of what kind of funds are needed to run the county efficiently, effectively and conservatively,” Grimm said.

In her first term as a council member, she said, “I was being a liaison over offices of the county … I was able to be one-on-one with those offices and know what their needs are. I had been on the other side of budgets before, preparing budgets, and now I’m helping approve budgets for the whole county.”

As DeKalb County deals with the COVID-19 pandemic, Grimm said her goal is “to keep things on a roll.” She added, “The last three years have been really good financially. We’ve kept good funds in the proper places. I would like to continue that.” She said the county needs to keep a close eye on its finances.

In the future, she said, the county jail will be a big concern for the council.

In considering a new home for the county highway department, she said, “I feel that it is very crucial to possibly use the ground that we already own — looking into that very strongly.” The county owns land on the county farm west of Auburn, where it recently built a new Community Corrections Center.

“I have an open door,” Grimm said. “If there is something that needs to be discussed, I am open to a phone call, an email, a letter in the mail. Just get it to me so we can hear your voice.”

He has served for 7 1/2 years as chief executive officer for the YMCA of DeKalb County, where he oversees a budget of $3.5 million per year and has led $15 million in expansion projects, with another $7 million expansion planned.

He manages 40 full-time employees and 100 part-time workers at the YMCA.

“Having grown up and worked in this county my whole life, I really care about my community. I’m just happy that God’s given me kind of a second chance to be able to serve my community,” he said. “Seven years ago, my life was spared by an organ donor who gave me a new liver. I’ve been in great health ever since.”

Krafft added, “My experience in budgeting and business for nonprofits over the last 35 years makes the council work very enjoyable. Having managed a lot of employees, it’s been fun to chair the new human resources committee for the council, because people are our most important resource, and balancing budgets with taking good care of your employees is a challenging task.”

He said, “The council as a whole has worked hard to get our county in a good financial position. We have a very high credit rating with the state for bonds, due to our financial diligence.

Krafft sees the council’s role as “carefully overseeing what projects we might be able to afford to do and when we can do them. I look forward to making sure that our council and commissioners stay in touch with citizens and what they desire for county expansion of facilities, including the highway department and a possible jail. It’s very important that we listen to our constituents.”

He conclude, “I really enjoy serving the people of my county. I’ve done that my whole life through nonprofit work. I think that gives me a unique strength to be financially conservative with the county’s and citizens’ money.”

Prosser, 51, lives in Butler and is a DeKalb County native.

She works as an executive assistant at Pranger Enterprises after a 20-year career in social work.

Prosser said she is running as a first-time candidate because she wants to be involved with local government.

Prosser said she is not afraid to express her opinions and ideas, demonstrating good, common sense.

She said she would prioritize spending with a sense of “things that we need to get done versus what we want to get done.”

As an example, Prosser said, she worked to help defeat the DeKalb Central school district referendum in May 2019 “so that the tax dollars could be focused on what the school needed instead of what they wanted.”

Prosser said in her door-to-door visits with citizens, “I found that a lot of folks in the smaller communities and the rural communities just aren’t feeling like they’re represented well. I really want to make sure that all of our citizens are getting the representation that they need and deserve˘[

She added, “I always want to lower taxes. We’ve got to make sure that we’re doing common-sense spending.”

“The County Council can say ‘no,’ and I don’t think they used their best judgment when they did the Community Corrections,” she said.

“A lot of people are still very confused about what it even is and how it operates,” she said. “I’m frustrated with the fact that it wasn’t handled well — it wasn’t communicated well to the public about what this facility is and how it’s supposed to operate.”

The County Council needs to be looking at how to pay for a new jail affordably in the future, she said.

Yarde is retired from an education career as an elementary teacher, a human resources manager and principal for Fort Wayne schools and as a principal in the DeKalb Eastern and Jay County school districts. He now serves as executive director for the National Auto & Truck Museum in Auburn.

“I’m an experienced conservative voice that understands how the council operates,” Yarde said. “I strongly represent the people who elected me, and I never lose sight that I’m their voice on the council. I realize the decisions that are made not only affect the taxpayers today, but for future generations.”

Yarde said he talks to county residents because he is their voice.

“I want to do what’s best for this generation and future generations … look at every possible way we can to take a tax off, reduce a tax, rather than sliding a tax over for another project and then add a tax on top of it,” he said.

The council faces major challenges in the next term, he said.

“We’re looking at, down the road, a new jail, and I’ve always believed that the jail should have been built first before the Community Corrections Center,” but he was outvoted, Yarde said.

The Central Communications building soon will be paid off, and the tax for that likely will be transferred to a fund for a potential new jail, Yarde said.

“How are we going to be able to fund it and not take a major tax bite out of people’s incomes?” he said about a new jail.

Yarde said he is concerned that county government depends heavily on grants.

“My concern is: If this virus extends deep into next year, a lot of these grants are going to disappear or be greatly scaled back. We could be looking at funding issues down the road,” he said.

The solution is to live within a budget, he said. “It’s just absolutely critical that we do. Sometimes that means saying ‘no.’ I’m not afraid to say ‘no.’ If we can put money back and save, we need to take advantage of every opportunity we can.

He added, “I believe in being very transparent with the actions of the council and everything connected with it.”